*
Several weeks ago I was browsing the current Auction catalog of Auktionshaus Van Ham in Germany and I ran across something I knew I had seen pop up for auction last year. I did some digging in the blog and discovered that the same painting had been sold last year by Auktionshaus Mehus in Germany but my eyes told me that there was something very different about the painting (comparison directly below). Apparently the last owner had sent the painting off for some nice restoration work and decided to put it back up for auction. The painting has apparently been cleaned and the scratches removed and now has a very different feeling to it. 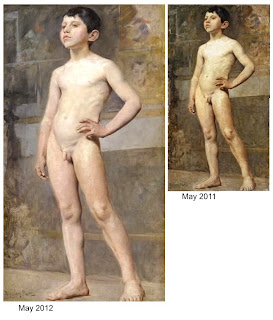 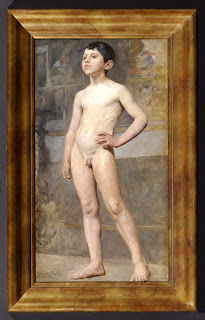 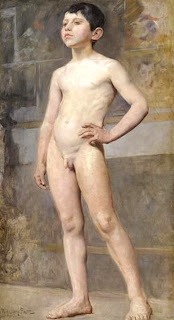 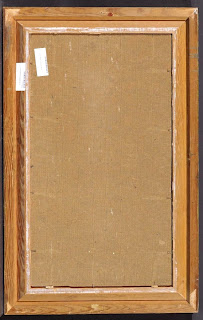 Posted by Passionate about the Academic Nude at 4:42 PM