What is Academic Art? 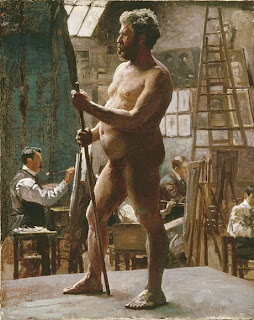 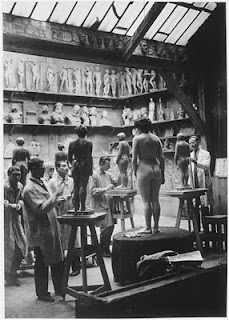 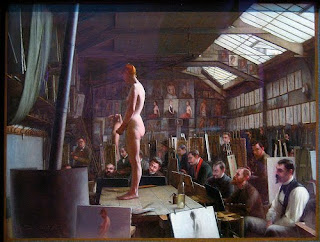 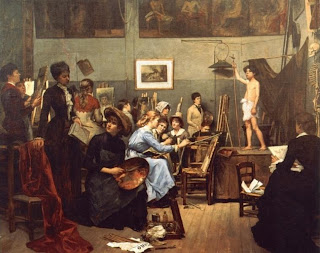 This evening I ran across a short article on the Dahesh Museum website describing "Academic Art" and I thought I would share it with you:

"Academic art refers to the tradition of drawing, painting, and sculpture taught at the academies, or art schools, of Europe. First established in Renaissance Italy, academies flourished in the 19th century and prescribed strict guidelines for the production of works of art. This organized training system ensured that artists possessed a high level of technical ability and familiarity with the lofty themes of the Western tradition. Nearly every city in Europe, and, later, the United States, Australia, and Latin America developed an art academy that set similarily high standards.

The most important academy of the modern period, and the one upon which many others modeled their own systems of promotion, patronage, display and teaching, was the French academy, founded in 1648. During most of the 19th century, this powerful institution oversaw the premier art school in Paris, the Ecole des Beaux-Arts, and controlled the official exhibitions known as Salons. It established strict hierarchy for valuing subject matter, with history paintings at the pinnacle, and also awarded the most prestigious honor a French art student could receive, the prix de Rome."

Of course the snooty French weren't about to let just any old riff-raff artist who strayed across the French border into their premier academy, especially women.....mon dieu! The Academy Julian became an alternative to the official French academy. Established in 1868 by Rodolphe Julian, the Academy Julian hosted foreigners and, god-forbid, women, who were not allowed into the Academie des Beaux-Arts until 1897. The Academy was popular with Americans and many leading artists spent time there.

The first Academy of Art was founded in Florence, Italy in 1562 by Giorgio Vasari, who named it the Accademia dell'Arte de' Disegno. There students learned the 'arti del disegno' and included lectures on anatomy and geometry. Another Academy, the Accademia di San Luca (named after the patron saint of painters, St. Luke) was founded about a decade later in Rome. The Accademia di San Luca was more concerned with art theory. The Accademia di San Luca later served as the model for the Academie Royal de Pienture et Sculpture founded in France in 1648 and which later became the Academie des Beaux-Arts. The Royal Academie was founded in an effort to distinguish artists "who were gentlemen practicing a liberal art" from meer creftsmen, who were deemed to be engaged in manual labor. The resultant emphasis on the intellectual component of artmaking had a considerable impact on the subjects and styles of academic art.
Posted by Passionate about the Academic Nude at 8:13 PM