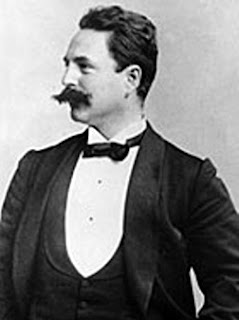 Johannes Gotz was born in Furth, Germany in 1865. He attended the Kunstgewerbeschule in Nuremberg from 1881 to 1884, and went on to study sculpture with Fritz Schaper (1841-1919) at the Berlin Akademische Hochschule in 1884 and 1885. Thereafter, like so many young German sculptors of his generation, he joined the Berlin Studio of the Imperial sculptor Reinhold Begas (1831-1911), where he was employed from 1885 to 1890. As a Begas pupil, Gotz created his Boy Balancing on a Ball (Balancierende Knabe), modeled in 1888; a bronze cast was acquired by the Berlin Nationalgalerie in 1889. In 1892-1893 he received a state stipend to study in Rome, where he modeled Girl Drawing Water, another genre bronze. Gotz continued to collaborate with Begas on major projects to adorn Berlin at the behest of Kaiser Wilhelm II, an ambitious patron of monumental sculpture. Beginning in 1893, Gotz contributed regularly to exhibitions in Berlin with portrait busts, genre groups, and statuettes. The Gladenbeck foundry in Berlin-Friedrichshagen issued reductions of Gotz's works, from the Boy Balancing on a Ball to Achilles (below).
-------------------------------------------- 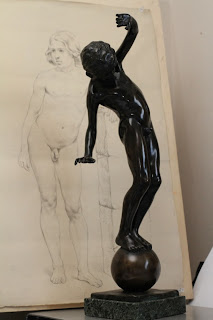 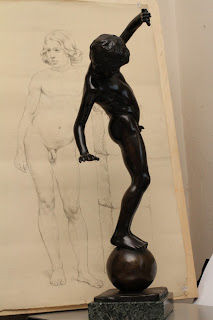 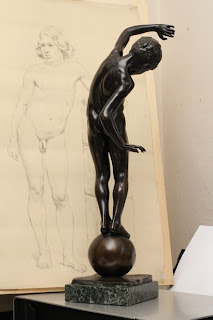 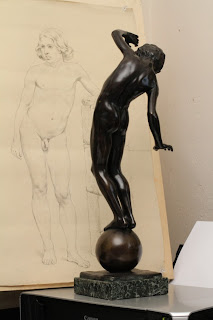 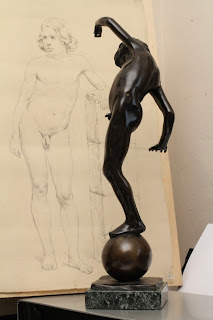 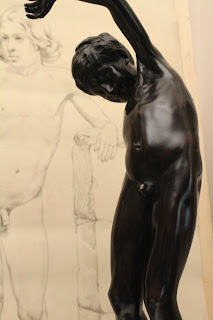 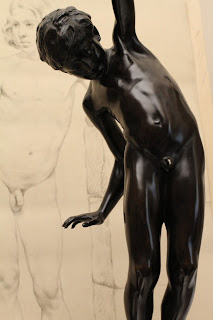 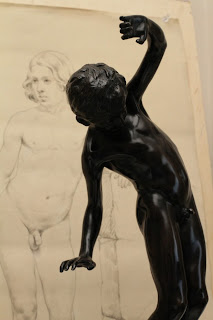 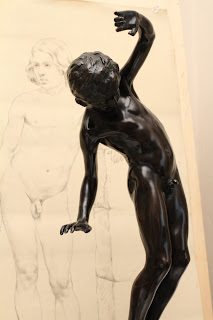 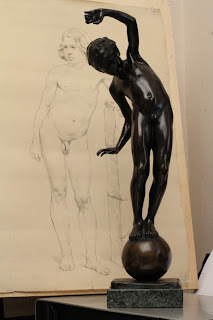 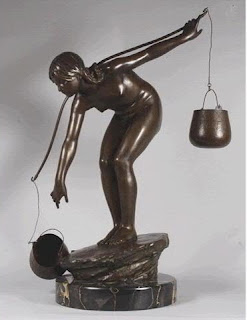 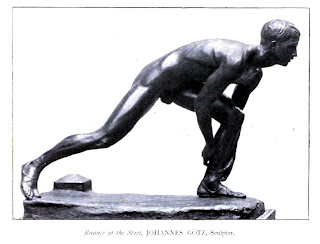 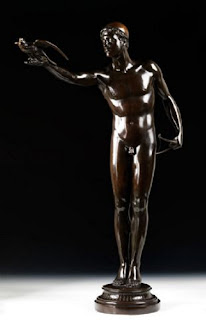 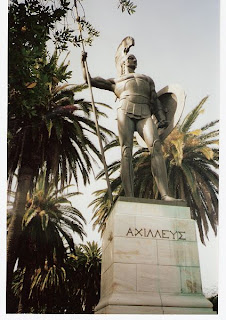 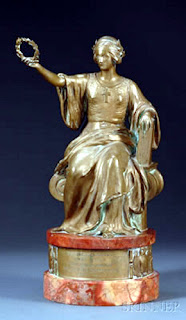 Posted by Passionate about the Academic Nude at 3:06 PM