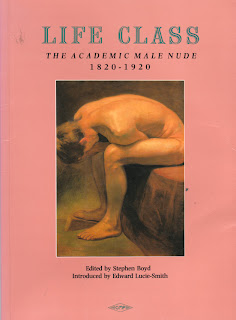 I finally found this little volume after searching for many months (it was behind the paper shredder in the computer room). Actually, I wasn't even looking for it when I found it so that old adage that the lost will be found when it wants to be found still holds true. It is a small book so it hid itself very well, either that or my memory is shot all to heck, probably the latter. The book is based upon an exhibition by St. Jude's Gallery in London back in 1989. I get the impression that the Gallery exhibition and the book itself were targeted at lovers of the male nude and not necessarily as a history of the 19th century academic nude per se. The author does bring up an important point that early and mid-19th century art schools were segregated, women making an appearance as students in life-classes only comparatively late in the 19th century. Amazon still carries the book in its inventory but it is somewhat expensive for such a small volume (36 pages). 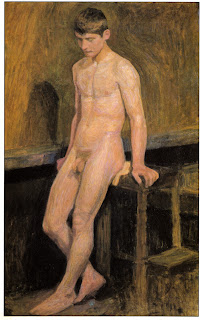 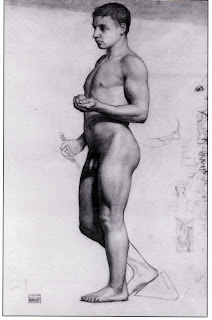 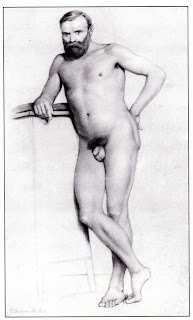 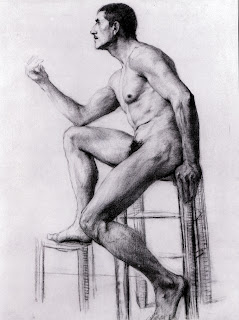 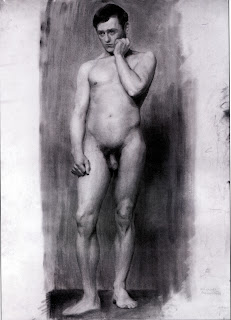 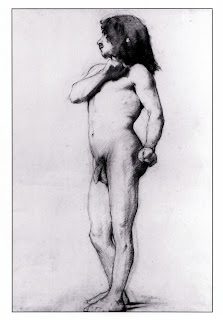 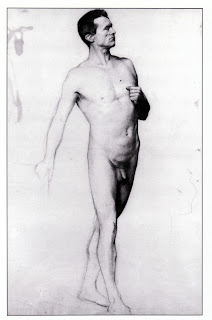 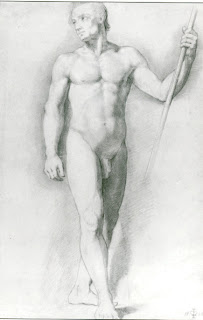 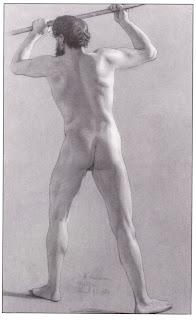