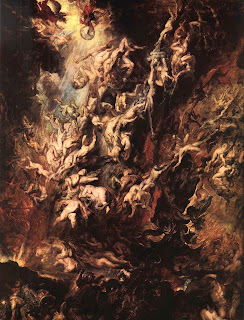 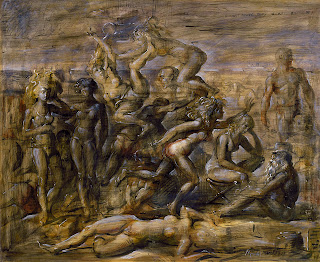 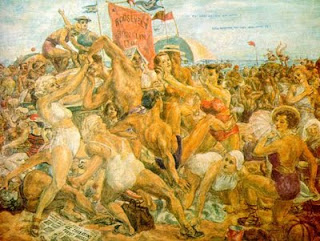 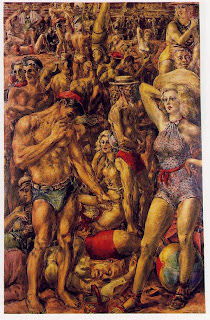 Horror vaqui ....." The compulsion to make marks in every empty space - indicated by a crowded space"

--------------------------------------------------
I was browsing eBay Austria this morning and I happened upon this nice nude study of the Greek hero Leonidas titled Leonidas at Thermopylae by Peter Trumm (1888-1966). The composition of the drawing brought to mind a wonderful term "horror vaqui" that I once read an art critic use to describe the works of Reginald Marsh. This would be a perfect time to introduce the term and concept to you. Reginald Marsh was not a reflective artist, his chief desire in his art was to celebrate what he saw. Beneith this general celebratory impulse, according to his biographers, lay another impulse, a strong sexual drive. He was fascinated by the blatent sexuality of the 20th century. Marsh suffered from a kind of "horror vaqui" or the compulsion to make marks in every empty space available, his paintings are full of crowded space. His painting Coney Island is a good example of this affliction. His composition in that painting is stacked up vertically and at the same time pressed tightly up against the pictoral plane. The mass of interlocking figures occupies so much of the available space that the viewer's eye cannot find a way out, a way of escaping, into the distance. The ultimate model for comparisons seems to be Rubens' painting Fall of the Damned which has similar picture structure. The Trumm drawing below seems to follow that same type of construct. In addition, we can see a progression of "appropriation" flowing down from artist to artist.

Peter Trumm (also known as Jean-Pierre Joseph Trumm)(1888-1966) studied at the Academies of Karlsruhe and Munich. In 1928 he traveled to the United States. Looking at the composition of the below drawing one has to wonder if he was familiar with Redinald Marsh's works. When he returned to Germany he became the director of the Kirr Art School in Munich and later gained a well-known reputation for his works, paintings, illustrations, and his graphic works. Many of his works depicted circus life at the time.
------------------------------------------------- 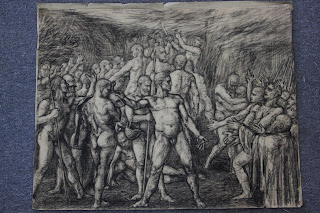 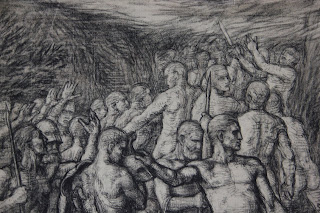 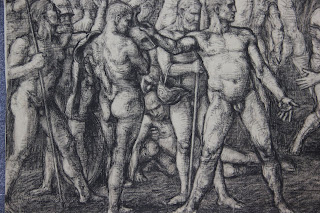 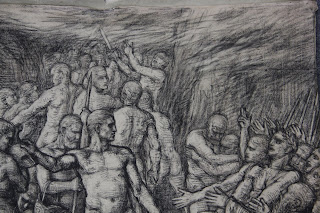 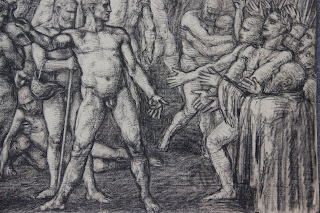 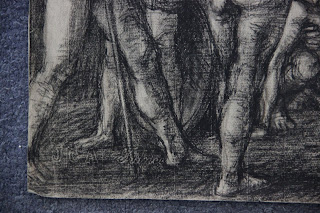 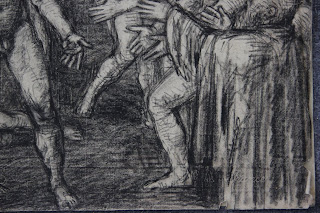 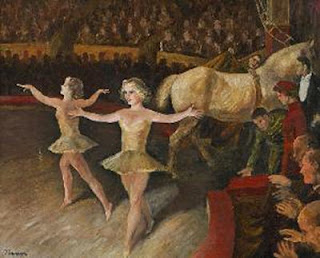 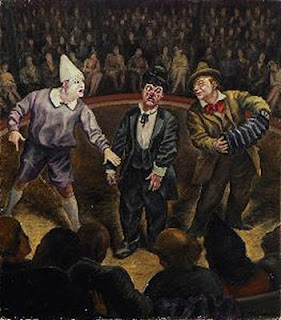 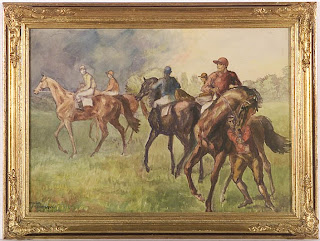 Posted by Passionate about the Academic Nude at 10:48 AM