I bought a second 18th century intaglio print by Jacques Jean Pasquire this morning (9/20), this one is titled Johannes der Taufer (John the Baptist), dates from 1750. It is an original etching of Pasquier's after Charles-Joseph Natoire (1700-1777). The iconography of St. John is another favorite of mine. The depiction of the young St. John usual entails depicting St. John as a young boy but ocassionally you see a depiction of John as a robust semi-nude male. The reed staff with the cross is present and portends events fortold and yet to come.
------------------------------------------ 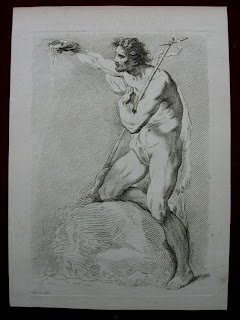 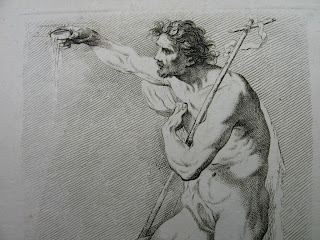 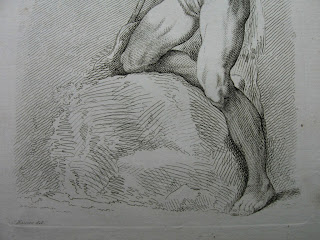 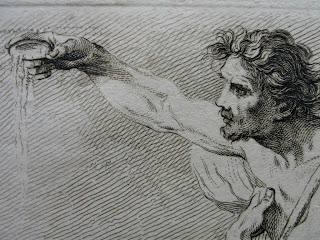 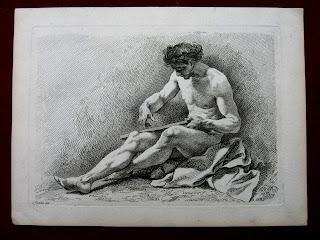 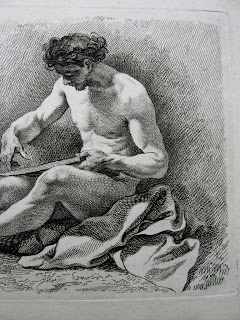 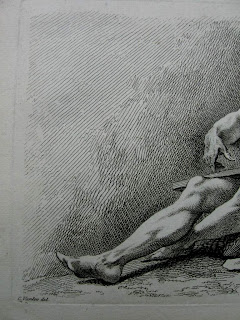 Dated: circa 1750
Posted by Passionate about the Academic Nude at 8:38 PM