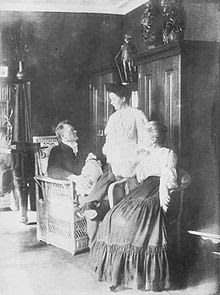 This week I located an edition of Josef Uphues' (1850-1911) bronze "The Archer." After negotiations with the seller I made the purchase. There is another title given to this bronze "Hercules and the Stymphalian Birds" (see the variation below) also. The bronze appears to be in good shape with a little bend in the bow which I will check into having restored by a conservator. I will rephotograph the bronze when it arrives and post the results for you. 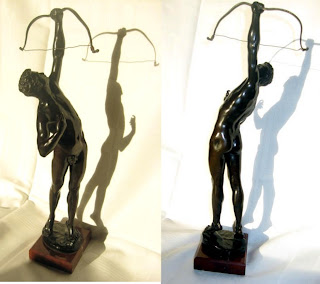 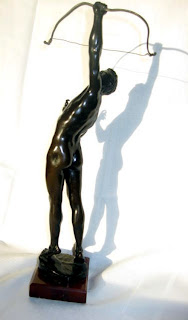 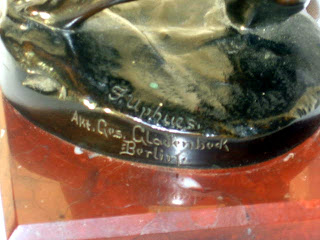 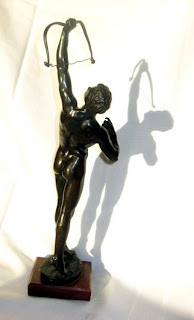 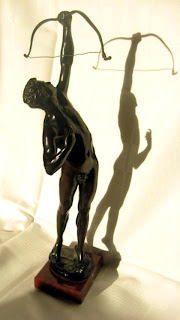 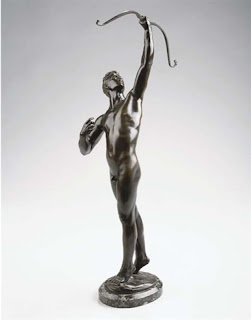 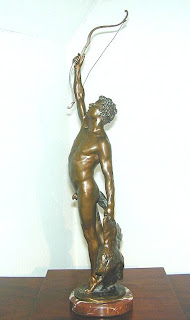 Posted by Passionate about the Academic Nude at 12:13 PM