*
A few minutes ago on eBay Austria, I picked up this nice Vienna Secessionist Bronze relief of a nude boy playing with a ball. The seller in Vienna listed it as "circle of Egon Schiele," although how he came to that conclusion I am not completely sure, perhaps wishful thinking because it is not signed. When I first saw the listing on eBay Austria I was sure I had seen that exact same motif in another medium but my brain cells are getting too spread apart at this age for me to make the connection right now. It reminds me of a Juaquin Sorolla drawing? I will keep working on where I have seen this figure before. The information is in there somewhere. The selling price was somewhat low in my opinion because the seller had gotten so wrapped up in trying to associate the work with Egon Schiele in his brief listing, that he neglected to throw in some very important (in my opinion) descriptive terms that would have pulled in far more interest in an eBay search, both in English and the Austrian language (according to that lost-without-his-teleprompter, illiterate-jackass Barak Hussein Obama, there is an Austrian Language), which used to be German to the rest of us, that is until redefined by Obama the Country Club Marxist-in-Chief. (Sounds of me spitting on the floor should be added here!). Any who, it is a nice unsigned bronze that is headed to my collection.
----------------------------------------------- 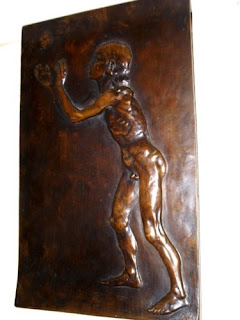 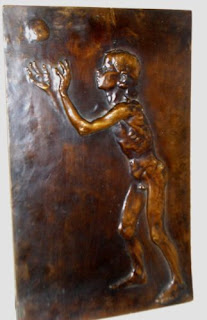 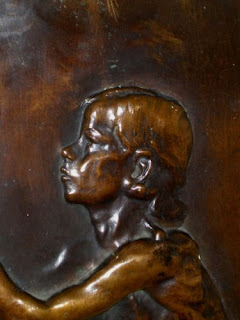 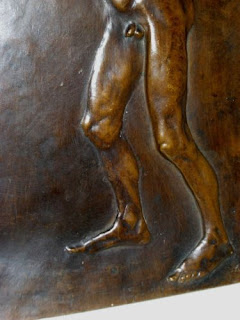 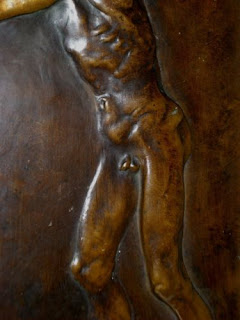 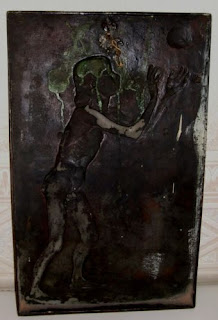 Posted by Passionate about the Academic Nude at 2:15 PM