*
Several days ago I picked up this nice drawing of a standing nude boy (below) from a seller in France. I am certainly no expert in Vallatton's works but it looks right to me (Wishful thinking always bolsters one's day). The seller only made an oblique reference to the artist since the drawing is only monogrammed "FV." Smart man, he wasn't about to make a positive attribution trying hook a buyer, but one viewer of the auction certainly was convinced in the comments section.  In the end, I basically picked up a nice 19th century drawing for the shipping charges which were more than the cost of the drawing. Can't get better than that.

Félix Edouard Vallotton (December 28, 1865 – December 29, 1925) was a Swiss painter and graphic artist who was intrustamental in the development of the modern woodcut.  He attended Collège Cantonal, graduating with a degree in classical studies in 1882. In that year, he moved to Paris to study art under Jules Joseph Lefebvre and Gustave Boulanger at the Academie Julian. According to his biographers, he spent many hours in theLouvre, where he studied the works of Holbein, Durer, and Ingres, artists who would remain firmly established in his works throughout his life.  Vallotton's earliest paintings, chiefly portraits, are firmly rooted in the academic tradition. In 1885 he painted the Ingresque Portrait of Monsieur Ursenbach as well as his first painted self portrait (seen above), which received an honorable mention at the Salon of French Artists in 1886. During the following decade Vallotton painted, wrote art criticism and made a number of prints. In 1891 he executed his first woodcut, a portrait of Paul Verlaine. The many woodcuts he produced during the 1890s were recognized as innovative and established Vallotton as a leader in the revival of true woodcut as an artistic medium.
---------------------------------------------------------------------------------- 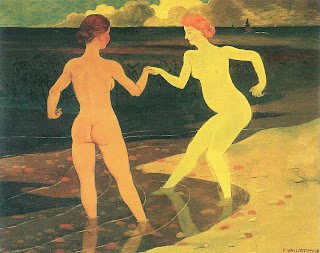 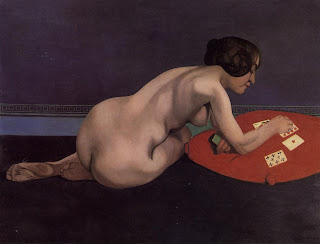 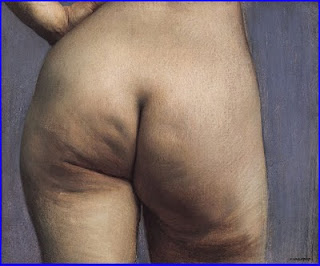 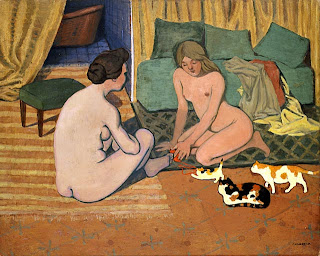 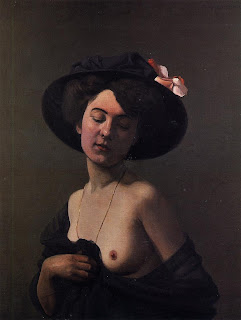 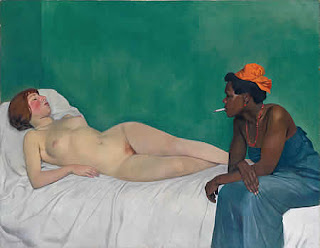 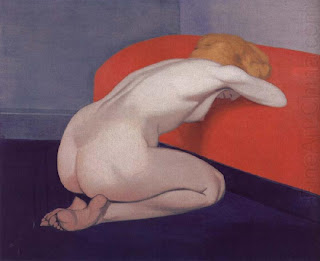 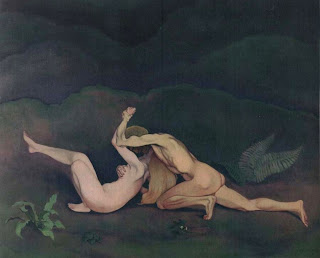 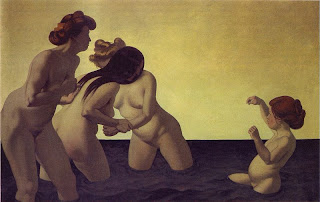 Posted by Passionate about the Academic Nude at 3:42 PM