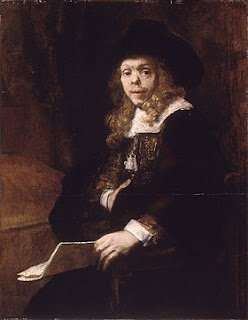 Rembrandt's Portrait of the Artist Gerard de Lairesse(Above)(1665-7)
--------------------------------------------
This morning when I went on eBay Austria I paid a visit to one of my favorite gallery sellers and I bought this beautiful 17th century intaglio print (directly below) by the Dutch painter and art theorist Gerard de Lairesse (1640*41*-1711). I just could not resist owning this beautiful print. I have trained as a painter but I have always been in love with printmaking ever since I bought my first Thomas Hart Benton lithograph in a second hand shop in NYC decades ago and took my first printmaking class at University. If you have been following this blog for any length of time you know how dear the subject of "Adam & Eve" is to my artistic heart. The subject gives an artist the opportunity to depict both the male and female nude in one composition and this one is really superb in its execution (no fig leaves for one thing). 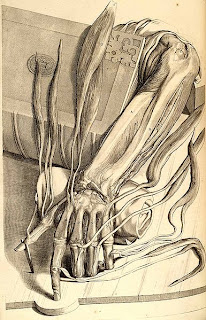 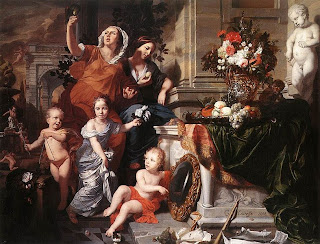 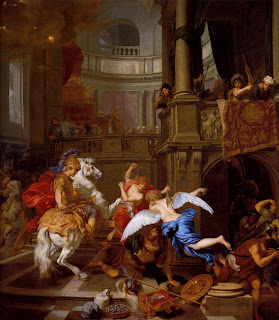 Posted by Passionate about the Academic Nude at 11:38 AM