*
This morning I was making my usual rounds on the European eBay auction sites and I ran across this beautiful study of a nude ephebe by the French artist Francois Alfred Delobbe (1835-1920). It was affordably priced and I grabbed it before it could get away from me. Delobbe was active during the last half of the 19th century and his later works centered on the peasant life of Breton. He began his early studies at the Ecole de Beaux-Arts in Paris at the young age of eighteen. This in itself speaks highly for his artistic talents in order to gain admission to such a prestigious institution at that age. He began studies at the Academy under the tutelage of Thomas Couture, a well established painter of historical genre scenes who also taught Edouard Manet. His works were influenced by 17th century Spanish and Dutch painters. Delobbe continued his studies in the studio of William-Adolphe Bouguereau who encouraged his exploration portraiture and mythological scenes. Take a look at the sampling of his works below and Bouguereau's influence on his style and subject matter is more than obvious. During the 1860's he enjoyed continued success at the annual Paris Salon. His greatest accomplishments included mural decorations for a town hall in the city of Paris. To my eye, this drawing looks like a study for one of those heroic murals where you see little naked boys prancing around making life miserable for half-naked women dressed in drapery who are trying to keep a straight face while holding up wreaths or torches, you know, the ones usually found in snooty public buildings.
------------------------------------------ 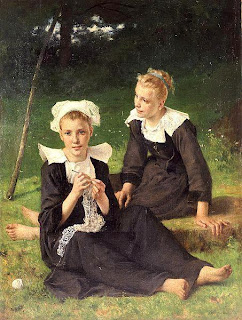 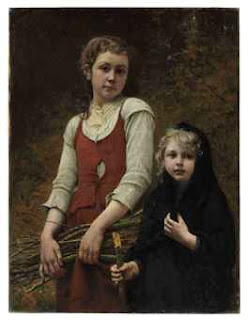 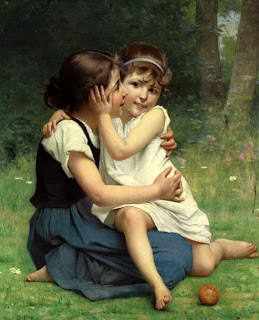 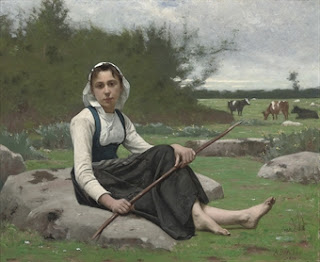 Posted by Passionate about the Academic Nude at 12:45 PM