If and when the list of 19th century "Old Masters" is drawn up, I will bet you a box of fresh doughnuts that Otto Greiner (1869-1916) will be at the top of the list. The man was a drawing genius when it came to the human form. I do not think there are many in the world of artistic accomplishment who could come close his talents. I was browsing my usual haunts this morning and I ran across a collection of Heliograveures of some of his finest studies listed on eBay Germany. Greiner studied initially in Leipzig, where he trained in lithography and etching. He later studied at the Akademie der Bildenden Kunst in Munich. He traveled to Rome in 1891 where he became acquainted with Max Klinger and Kathe Kollwitz. In his definitive Grove Dictionary of Art, Sepp Kern described Greiner's tallents in terms of his favorite subject: "The nude was central to his interests, and, like Klinger, he saw the nude as the epitome of beauty in nature and believed it should be the basis for all stylistic formation."  You have to love the cooters (that's Southern US dialect for balls, testicles) on an artist who would pose nude for a portrait of himself (above). If that photo doesn't say "I'm in charge buddy, thanks for asking," then I don't know what would. My kind of guy!
* 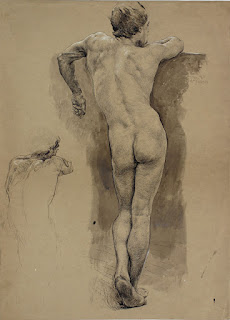 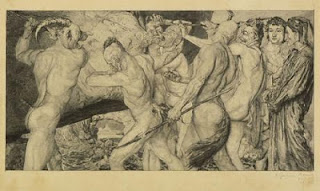 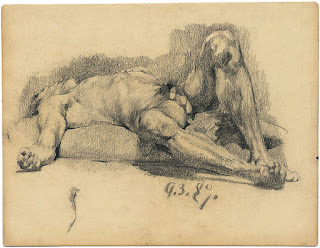 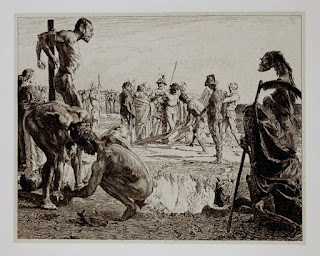 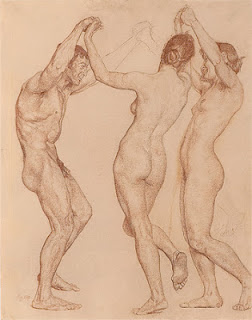 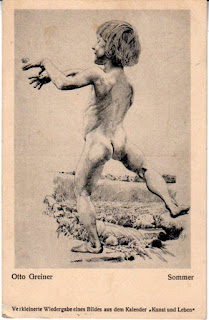 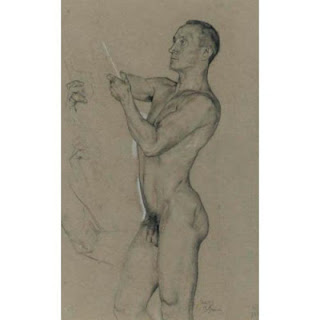 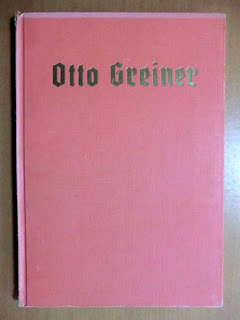 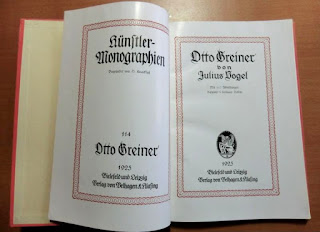 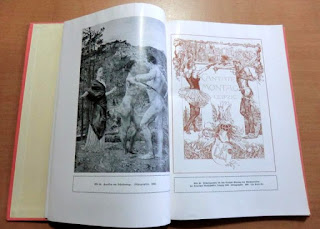 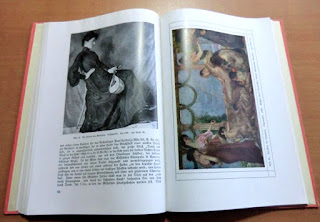 Posted by Passionate about the Academic Nude at 2:29 PM