*
This nice study of three nude boys in a landscape scene popped up on an auction in Germany last week. Walter Jacob (1893-1969) belonged to the second generation of German expressionism and was the son of an artist himself. He began painting and drawing at an early age under his father's tutelage. After serving in the First World War he returned to Germany to study at the Dresden Academy under Robert Sterl, whose master class he attended from 1919-1920. He was greatly influenced by his experiences in the War. His first love was printmaking and he was in close contact with the artist group Dresden Secession Group 1919 ("Dresdner Sezession Gruppe 1919"). He traveled extensively in Europe and was later interned by the Nazi's at Dachau. After the war he turned to biblical scenes and colorful abstractions. In 1956 Galerie Maurice Andre in Paris did an overview of his life works. 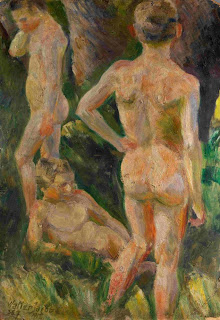 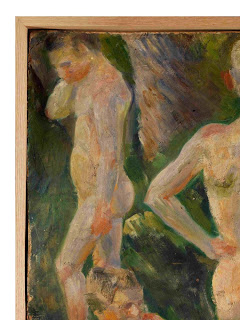 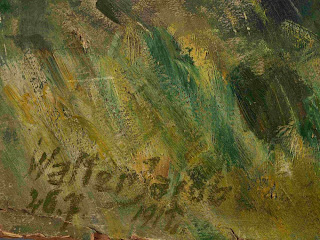 Posted by Passionate about the Academic Nude at 7:33 PM