”I also saw Tantalus, tormented by the direst agonies. He stood amidst a pool, his chin lapped by the waves, and though he gasped with thirst, still he could not drink. For as the old man knelt down to taste the cool waters, in that moment they would seep away, leaving only black sand around his feet, dried out by a hostile demon. Around him grew trees so heavy with sweet pears, pomegranates, figs and green olives that their branches were weighed down and hung around his head. But as the old man reached up to pick the fruit, in that moment they were swept away by a sudden storm and carried up into the gathering clouds.”

Thus Homer described the fate of Tantalus in his Odyssey (from the German, book 11, 582-592), and the myth is illustrated in this form by the present work.
Tantalus, who is usually said to be the son of Zeus and the Nymph Plouto, was a rich and powerful Lydian (or Phrygian) King. He was invited to dine at the God's table, but stole nectar and ambrosia from them. When the Gods later attended one of Tantalus' banquets - the second time such an event had occurred - he killed and cooked his youngest son Pelops and fed him to the Gods without their knowing. However, the Gods noticed this atrocity and punished him with the eternal torment of withheld nourishment.

The style of this work is particularly reminiscent of the work of Giovanni Battista Langetti, an Italian late Baroque painter and main proponent of Tenebrism. He was first active in Genoa together with Gioacchino Assereto, and later in Rome and Venice. Langetti favoured dramatic scenes with both mythological and religious heroes, who are usually depicted in the foreground under stark lighting. Comparative works include “Cato” (Eremitage, St. Petersburg), ”The Good Samaritan“ (Holbourne Museum, Bath) and “Joseph Interpreting the Pharaoh's Dream”, which is known in various versions. This composition shows strong stylistic references to Genoan conventions, and illustrates the same myth in a similar arrangement and style as a painting by Assereto (made ca. 1630/40, now kept in the Auckland Art Gallery, New Zealand), with whose work Langetti could have been familiar."
* 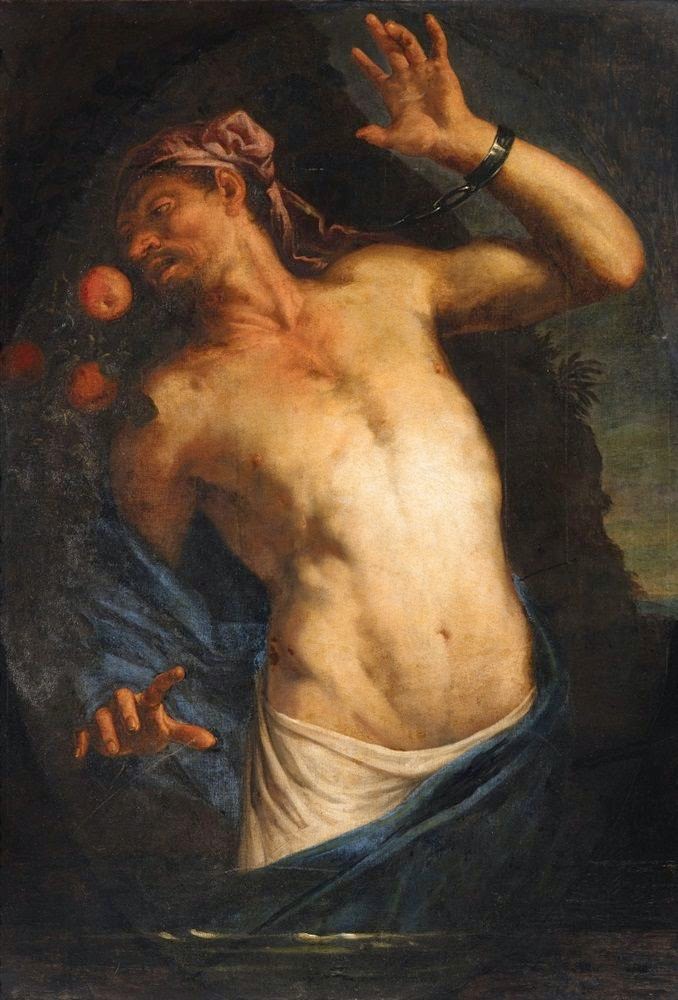 Here are just a few examples of his large body of works: 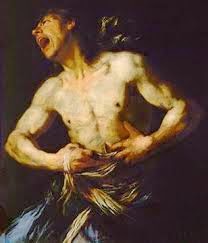 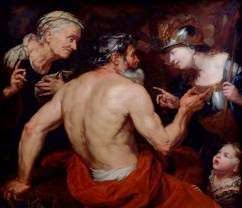 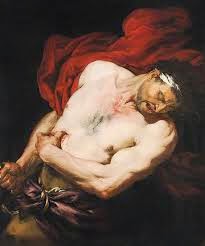