*
I have had my collecting eye on a very nice standing male nude crayon manner print listed on eBay France for several months now. The seller stated in the listing that he would not ship the print outside France on this particular print. So, I sat back and admired it thinking I would not be able to add it to my collection. Well yesterday I had had enough of just watching it sit there. I finally figured "nothing ventured, nothing gained" and contacted the seller. He sold me the print and it should be heading my way in a week or two. For those of you not familiar with the printing technique of the "crayon manner" or "chalk manner" print. I pulled up a brief description for the National Gallery website in Washington, D.C.........

"Chalk manner (also called crayon manner) is a printmaking technique that imitates the appearance of chalk lines. Chalk-manner prints were made in as many as three colors--black, red, and white--from one or more copperplates worked either in etching or engraving, or in a combination of the two. Special toothed tools--roulettes, mattoirs (punches), champignons (literally, "mushrooms"), and the like--were used to create dotted patterns on the plate that suggest the grainy appearance of chalk strokes on paper". 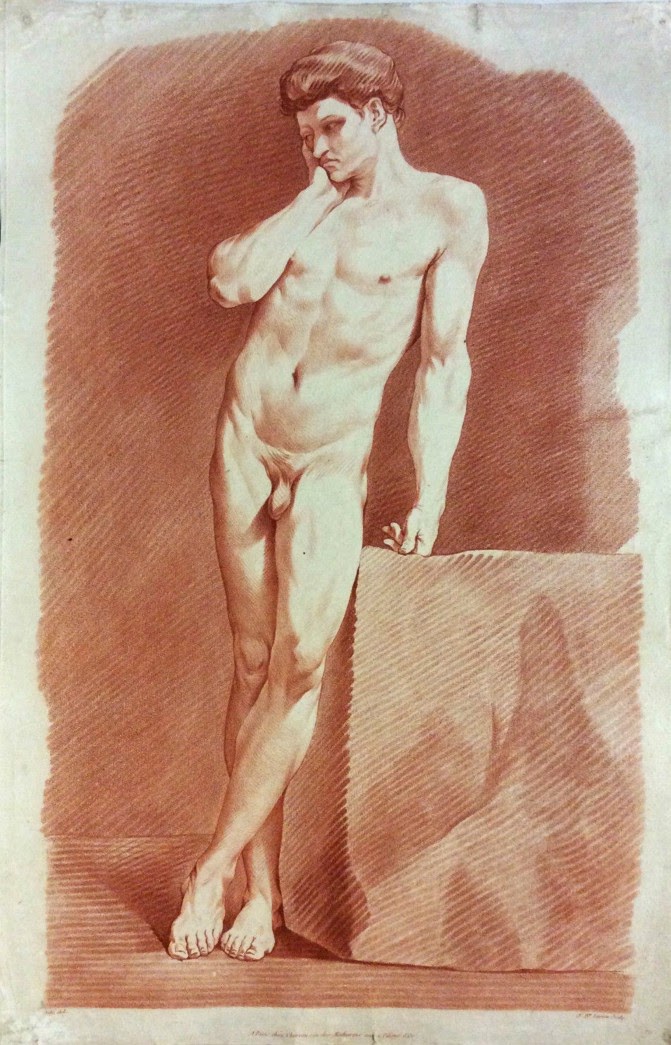 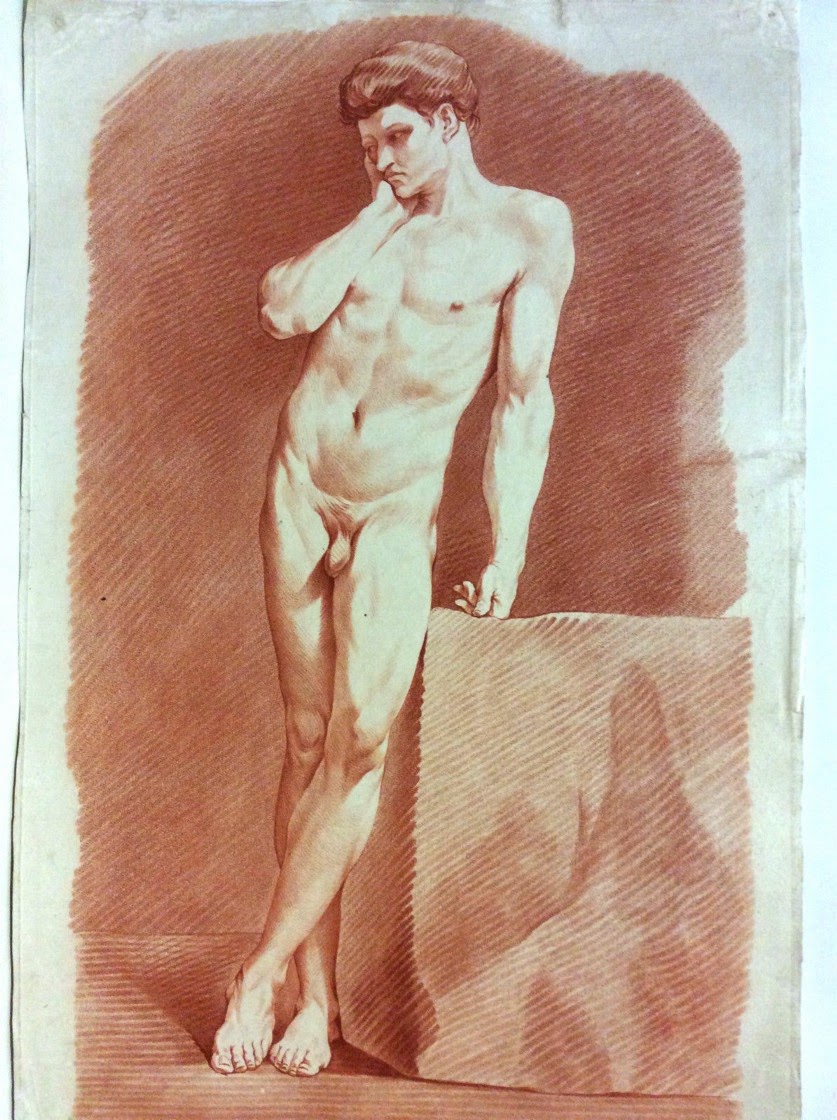 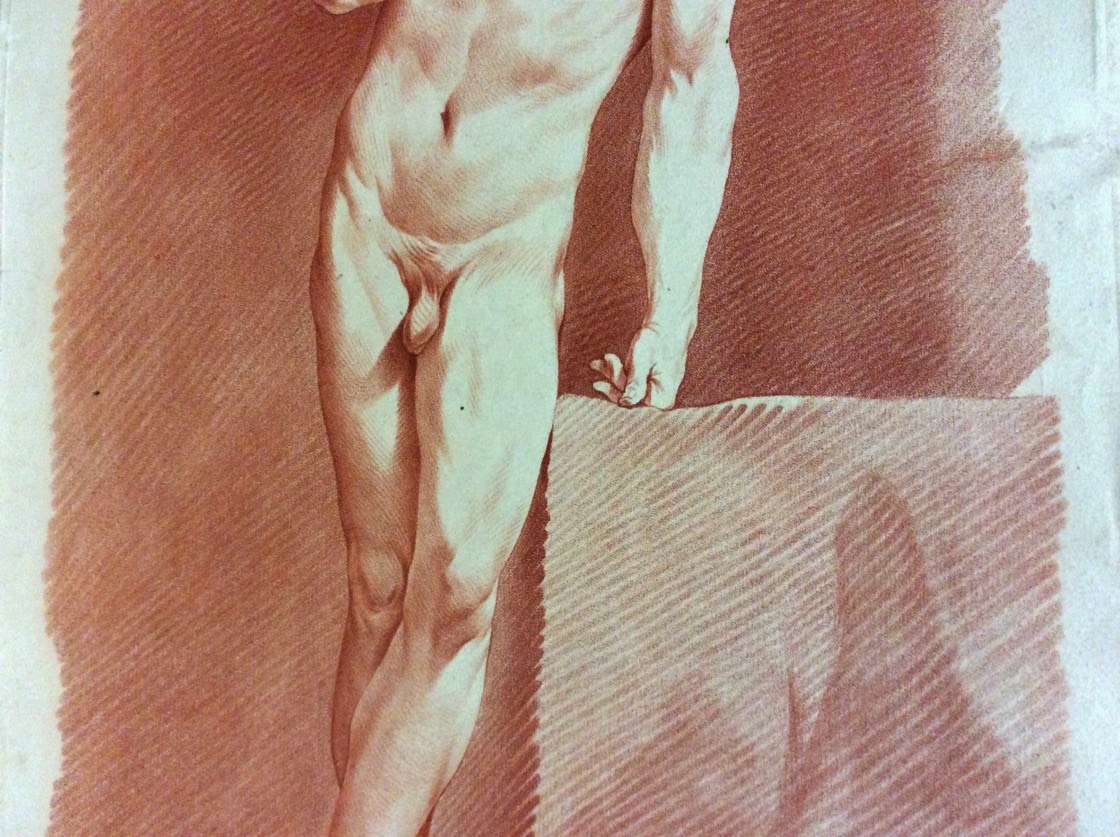 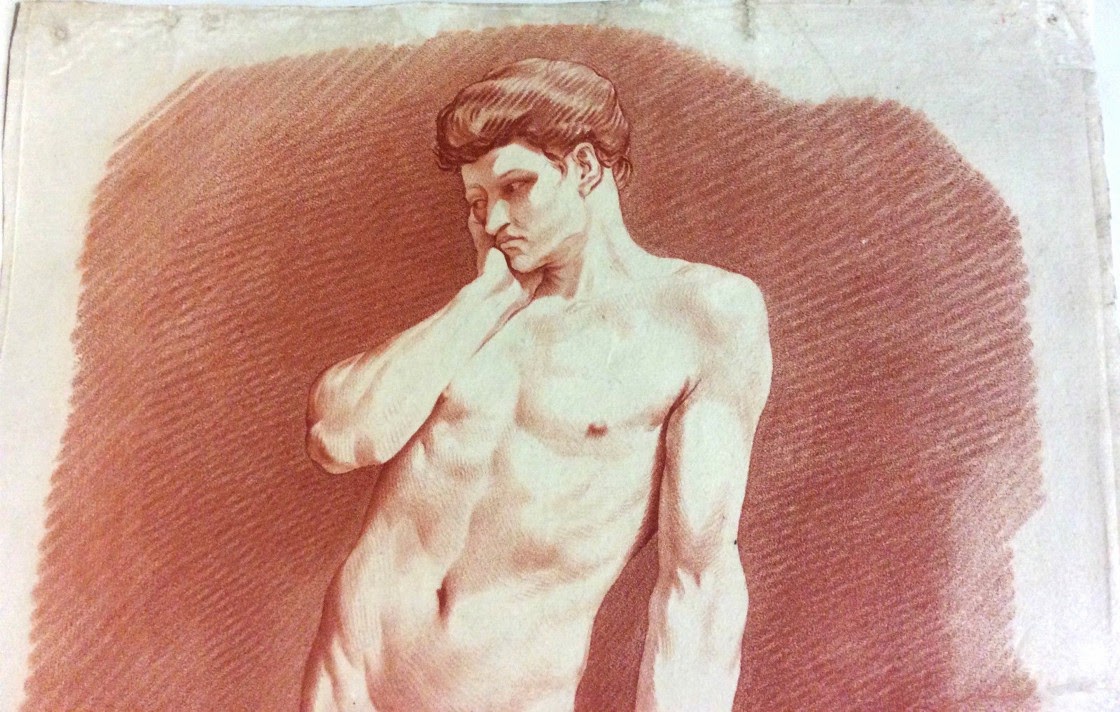 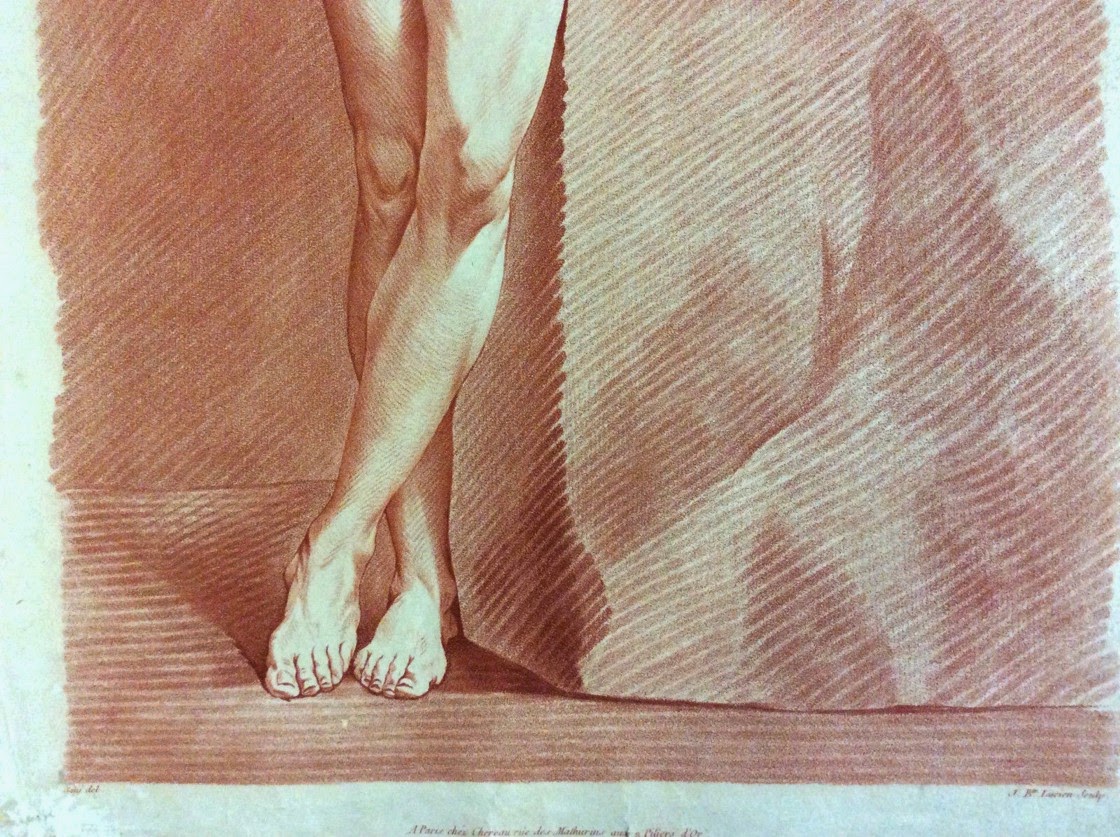 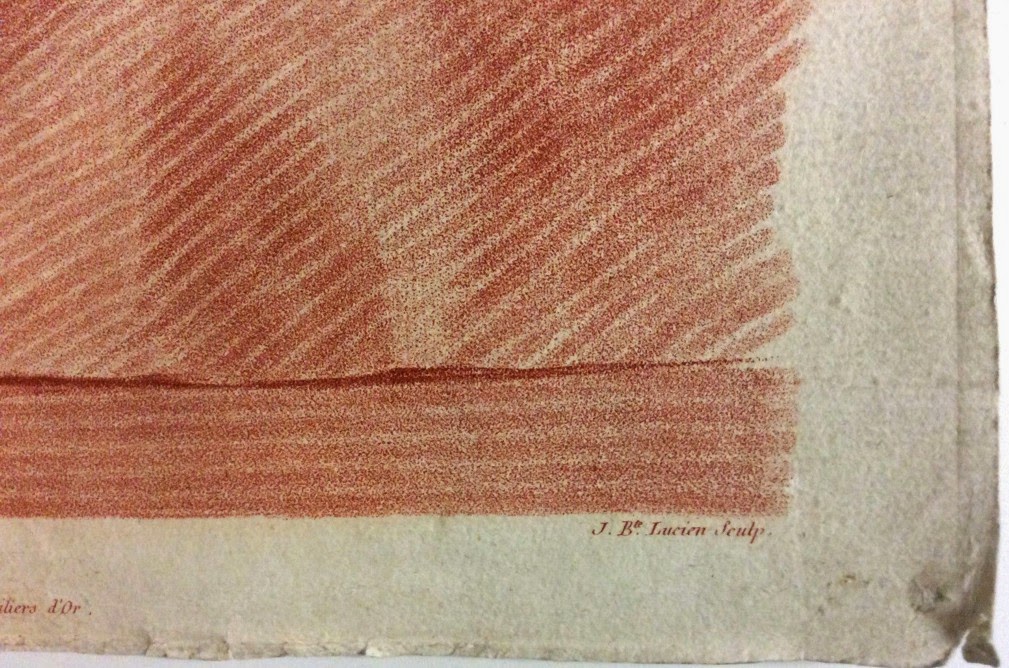 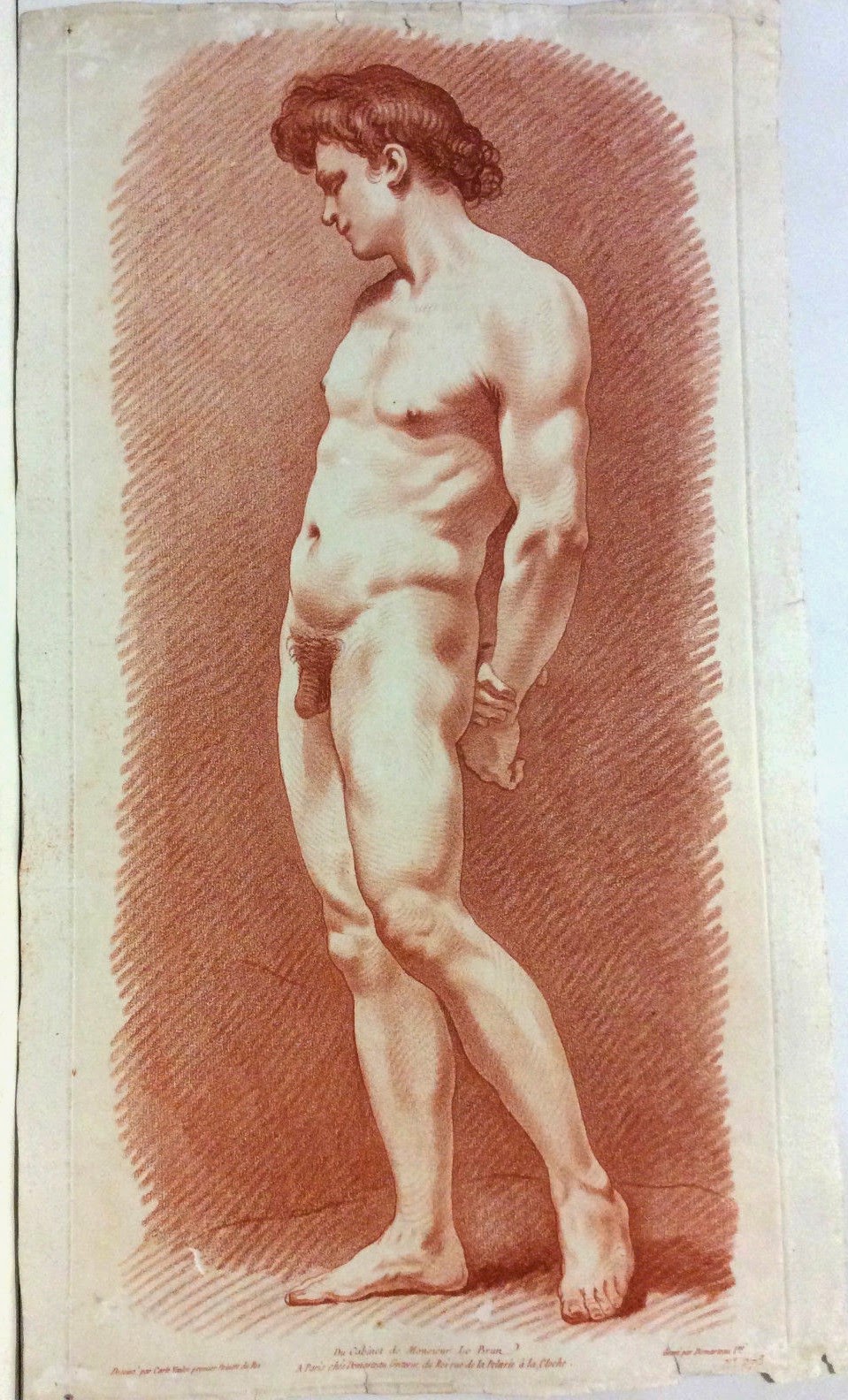 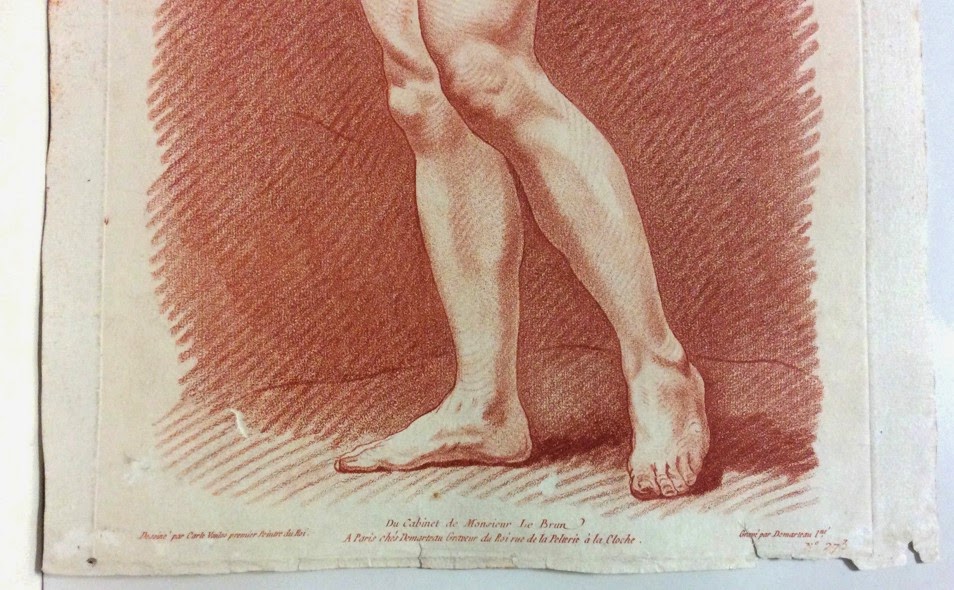 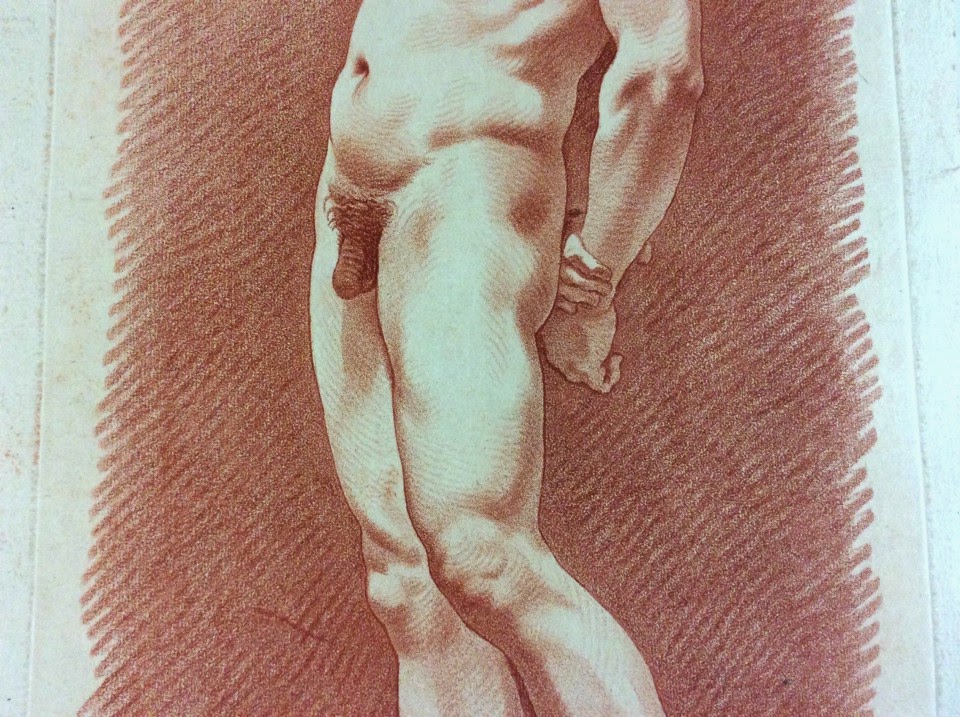 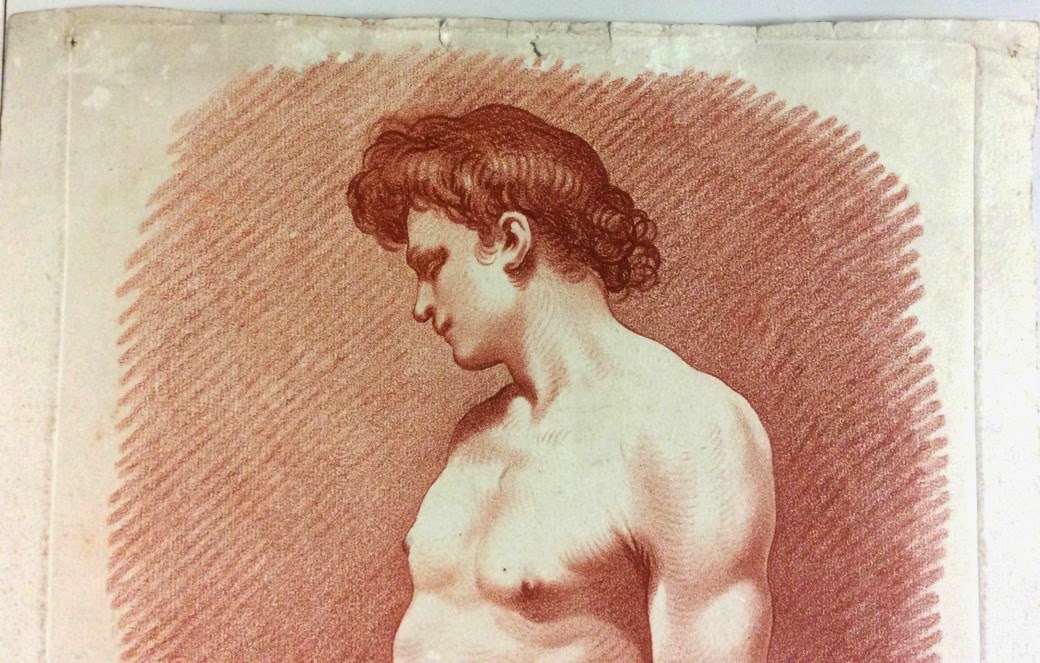 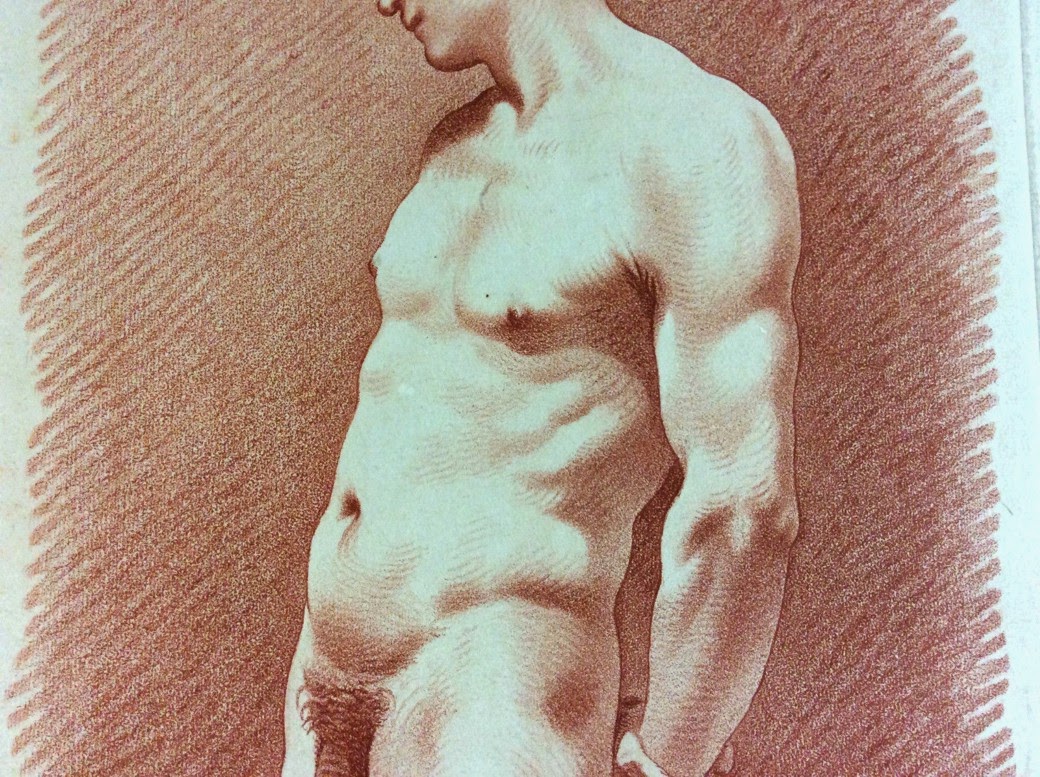 Posted by Passionate about the Academic Nude at 12:08 PM