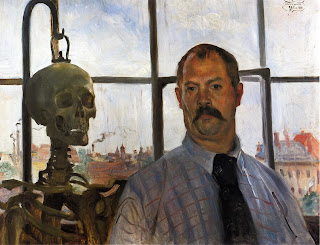 Lovis Corinth was one of the most important exponents of German Impressionism. He began his art studies at the Konigsberg Art Academy under Professor Otto Gunther. In 1880 he went to Munich where he continued his studies under Franz von Defregger and later under Ludwig Lofftz. His works from that period in his career were influenced by the naturalist paintings of the Munich "Leibi-Kreis" (Leibl-Circle). Within German Realism, a group formed around the painter Wilhelm Leibl (1844 - 1900) in Upper Bavaria. This group turned against the predominant concept of academic Realism with its monumental history scenes. Unlike the academic concept of art, in which important issues were addressed in a heroic manner, and also in contrast with genre painting, which was also popular at the time, the painters of the "Leibl-Kreis" focused their attention to pure painting, meaning pictorial implementation, which often overlooked the object's particular materiality, thus attaining a decomposition of form in painting, was elevated above the object depicted. These tendencies of the Leibl painters made them precursors of abstraction and are somewhat a ground breaking modernity. 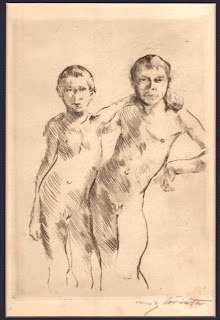 
Here are a few examples of Lovis Corinth's extensive oeuvre ... 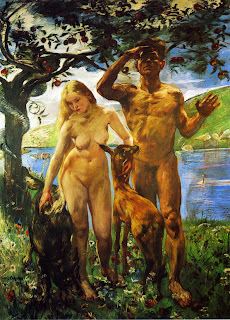 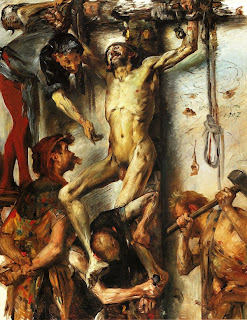 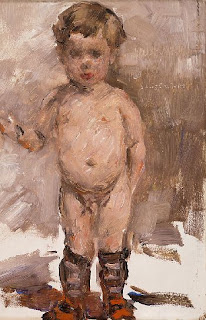 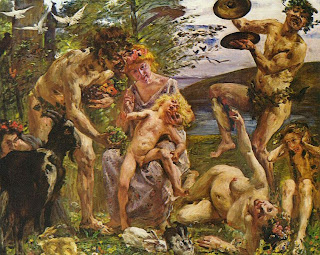 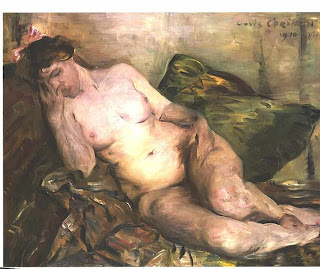 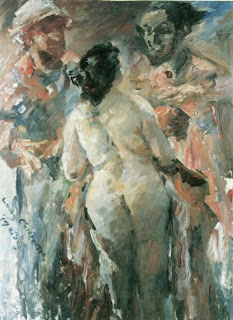 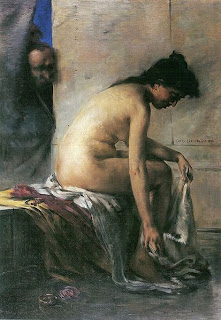 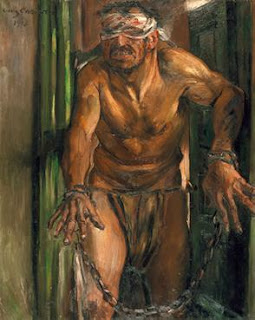 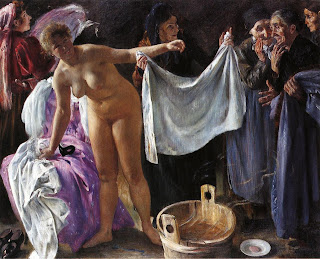 Posted by Passionate about the Academic Nude at 3:13 PM