Otto Greiner (1869-1916) is without doubt my favorite Symbolist artist. He had such a superb command of the human figure as to bring one to tears in envy. He was a German painter and print maker. He started his career in a lithography-etching apprenticeship in Liepzig in 1884 and there also took drawing lessons. Between 1888 and 1891 he studied at the Akademie der Bildenden Kunste in Munich under Sandor Liezen-Mayer. In the Autumn of 1891 he made his first journey to Italy, with stays in Florence and Rome, where he met and befriended Max Klinger. From 1892 to 1898 he lived in Munich and Leipzig. In 1898 he moved back to Rome, where he used Klinger's former studio, and where he remained until 1915. Greiner's works are based on careful graphic preparation and in particular on accurate life drawing. The nude was central to his interests; like Klinger he saw it as the epitome of beauty in nature and believed it should serve as a basis for all stylistic formation. Among his recurrent themes, along with some portraiture, were antique and fantastic subjects. He was awarded "honorable mention" at the Universal Exposition of 1900. Unfortunately Greiner's original drawings are off the scales as far as price so one of little means has to settle for reproductions. This is a commercial reproduction of one of Greiner's drawings, but regardless, it is a beautiful work of art.
----------------------------------------- 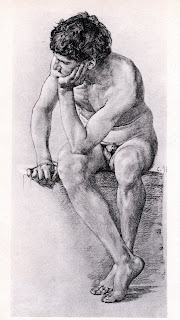 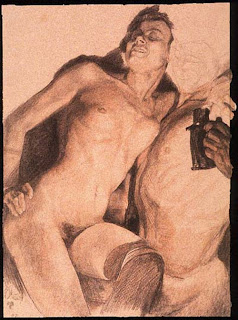 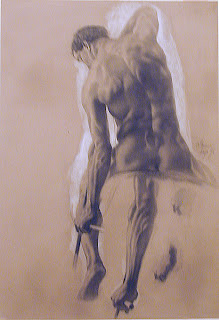 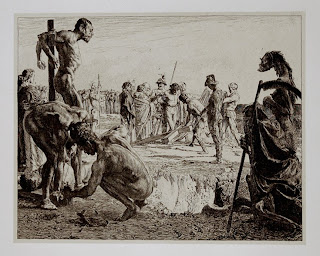 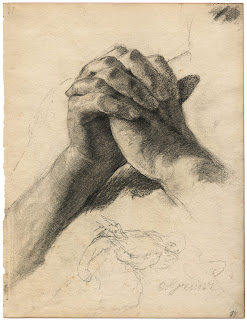 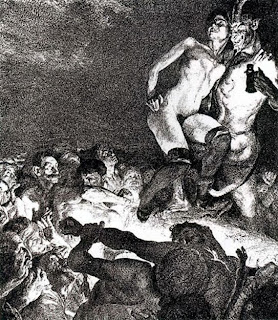 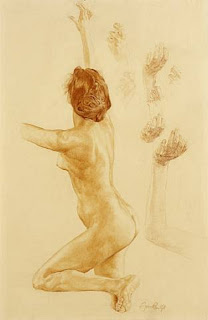 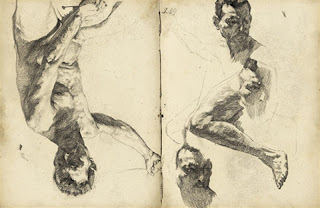 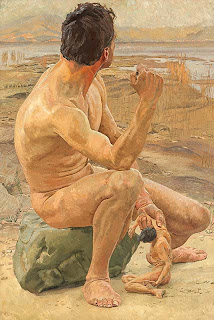 Posted by Passionate about the Academic Nude at 10:18 AM