Last week I programmed an automatic bid on eBay Austria for a drawing I thought would be beyond my low bid but fortunately it worked out that I won the auction. I love Greek mythological characters, especially any half human - half animal characters in the Greek Pantheon of gods, like Pan and of course the Centaur. When I saw this magical drawing I was impressed with the skill of the artist. Ludwig Koch was primarily known as a horse and historical warfare painter. From 1883 to 1891 he studied at the Academy of Fine Arts in Vienna and was a student of Siegmund L'Allemand and August Eisenmenger. He specialized in accounts of Austrian Military History. In 1891 he exhibited at Vienna's annual exhibition. His equestrian works are the largest portion of his genre paintings.
------------------------------------------ 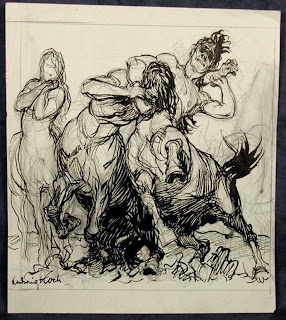 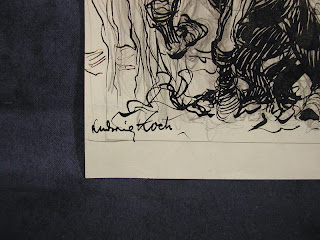 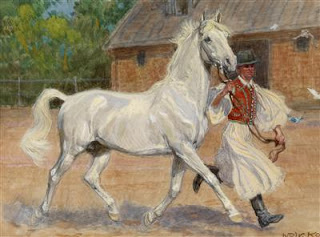 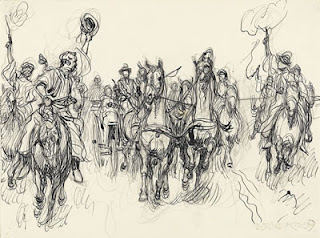 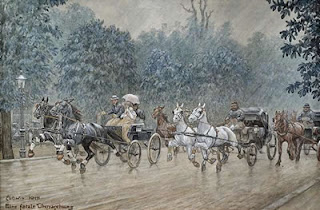 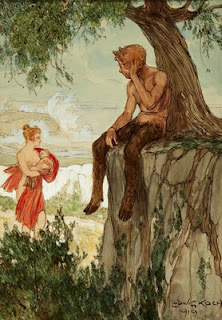 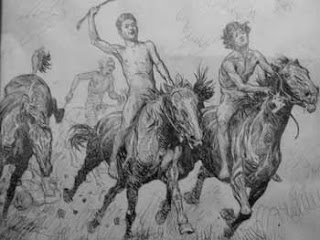 Posted by Passionate about the Academic Nude at 3:59 PM