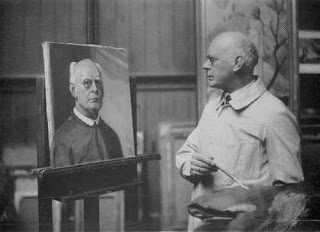 I bought that limited edition (200 prints) von Hofmann etching from an auction house in Dresden today. It was done by von Hofmann as part of a fund raising venture for a German Museum in 1922, according to the description. I have several other Ludwig von Hofmann prints and love his graphic works. His nudes are always posed in idealized landscapes and seem to have this flowing lyrical quality to them and his compositions seem to have a unique and singular "von Hofmann" movement to them. 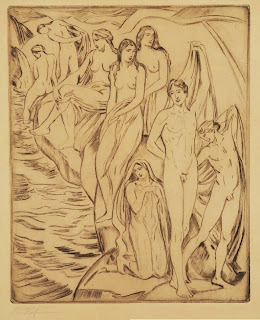