*
A seller on eBay France posted this beautiful preliminary study recently. What caught my eye was the dynamic interplay of positive and negative shapes in the composition of this genre scene of a Shepherdess and sheep taking a drink from a fountain (Bergere et ses Moutons S'Abreuvant a Une Fountaine). Edouard John Ravel (1847-1920) was an important Swiss painter who was active at the important junction of the 19th and 20th centuries. He studied at the Geneva School of Art under Alfred van Muyden (1818-1898) and Barthelemy Menn (1815-1893), who was closely linked to the French art scene. Menn was also a student of Ingres, Delacroix, and a close friend of Corot's. Ravel began his art career in Paris, exhibiting at the Paris Salon in 1879. He also participated in the Universal Exhibition of 1889. Later in his life he was President of the Swiss Society of Watercolorists and taught for 20 years at the School of Fine Arts in Geneva. As you may have guessed already, he was also the uncle of the French composer, Maurice Ravel (1875-1957).
---------------------------------------------- 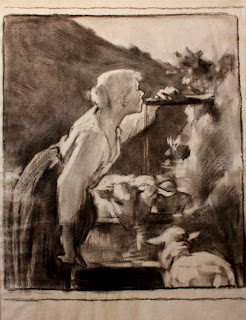 Here is just a sampling of his fine works: 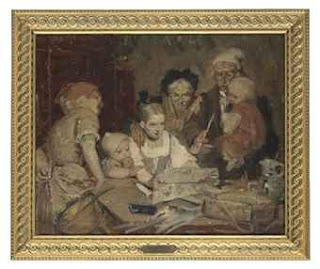 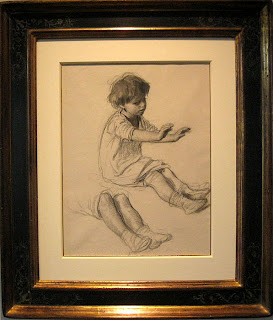 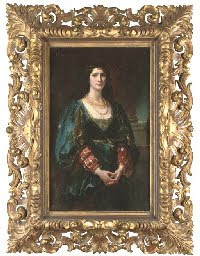 Posted by Passionate about the Academic Nude at 9:32 AM