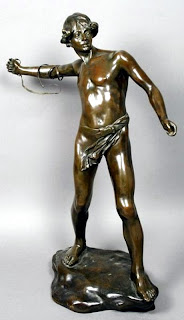 The two small bronzes I bought last month arrived from the auction house in Germany today. I will start with Hans Muller's "David with the head of Goliath." The casting is surprisingly crisp and detailed for such a small bronze. I cleaned it up and applied a coat of wax yesterday and it really is impressive. There is a small amount of wear and tear but nothing which would detract from the overall effect. Instead of the usual muscular figure you so often see of David (see the bronze depiction above), Muller has chosen to depict his David as a slim youth, slight of muscular build, and almost frail in stature. You have to wonder if that boy was even capable of picking up that massive sword, much less rendering Goliath headless with it. Muller has chosen to represent his version of the paradign of victory over adversity as a skinny, long of limb, post-pubescent boy, clothed only in a leather strap that almost, but not entirely, covers his manhood. The artist has been careful to include an outline of his manhood behind that leather strap to reassure you of his budding gender. His eyes are cast down at his handy work and that contraposito-like pose reinforces his powerful victory stance. 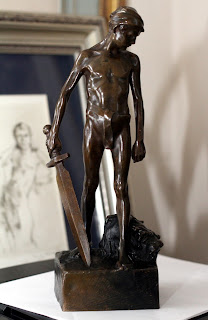 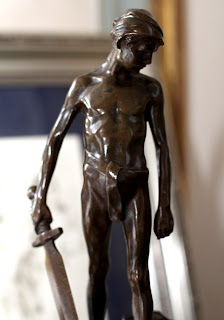 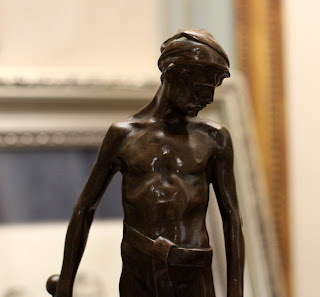 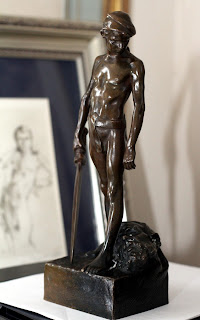 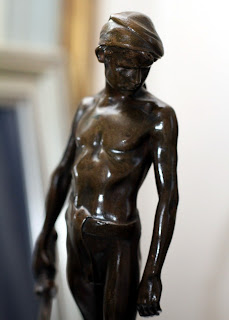 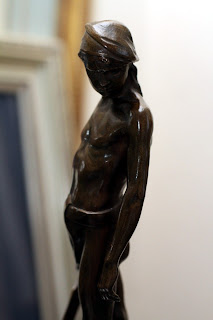 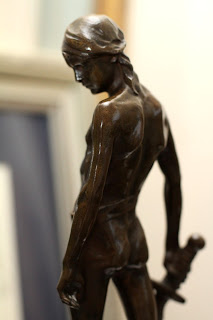 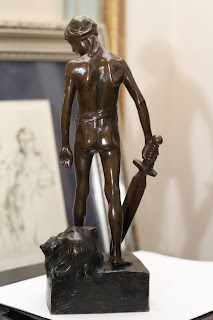 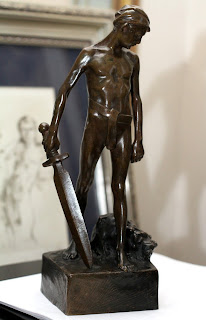 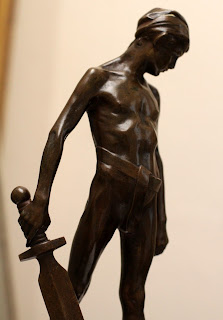 Caption: David with the head of Goliath