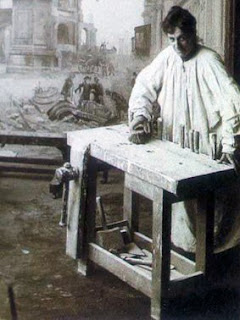 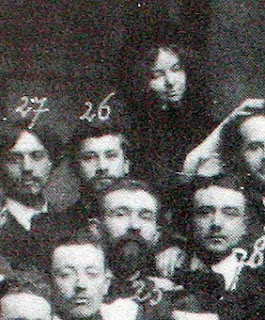 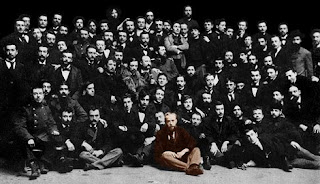 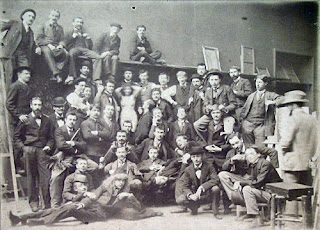 ------------------
I just picked up this very nice example of a late 19th century student drawing from the antique. I missed an earlier male nude by the same artist but managed to grab this one for less than forty dollars US. Quite a bargain if I must say. Leon Lepeltier (1877-1960) is a well listed French artist who studied along with some big name French artists at the Atelier des Beaux-Arts de Paris such as Henri Matisse, Georges Roualt, and Albert Marquet at the end of the 19th century. He was a painter of architecture and interiors. During the latter part of his life he worked as a conservator for several French National Museums. He was a pupil of Gustave Moreau, Francois Flameng, Francois Morel and Cormon. He attended the studio of Gustave Moreau in 1895 and this drawing is from that period. In the class photograph above, Lepeltier is number 26. He exhibited at the Salon des Artistes Francais where his works took Honorable Mention in 1899 and in 1900 at the ocassion of the l'Exposition Universelle, Paris.
---------------------------------------------------- 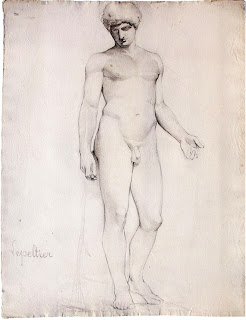 Posted by Passionate about the Academic Nude at 3:10 PM