*
When I spotted this work of the very talented Etienne Adolphe Piot (1850-1910) on eBay France and took in that obviously avoidable damage, I had to catch my breath. What a shame someone could not have taken better care of such a beautiful example of late 19th century academic painting. With enough money and a very talented restoration specialist, this beautiful work could be brought back to life and very near original condition. As I look at the bearded figure on the right, I can turn around and see a charcoal drawing of the very same model hanging on my wall. This muscular specimen of manhood was obviously a very popular model in the Ateliers of late 19th century Paris. Piot was a French genre painter who is most known for his sappy female portraits. He was a student of Leon Cogniet at his Paris Atelier in the late 1870's. I would wager this painting dates from that time period. Cogniet instilled a love of the human body in the young Piot. Piot debuted in the Paris Salon of 1880 and three years later he made his first showing at the Societaire des Artistes Francais.
---------------------------------------------- 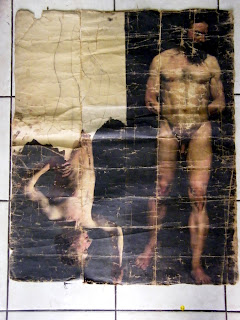 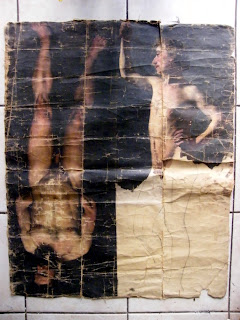 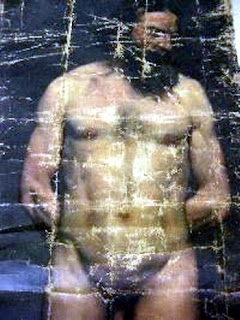 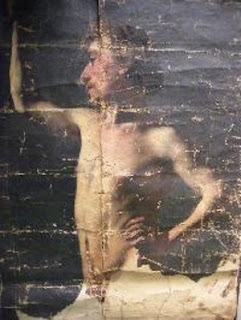 Posted by Passionate about the Academic Nude at 3:41 PM