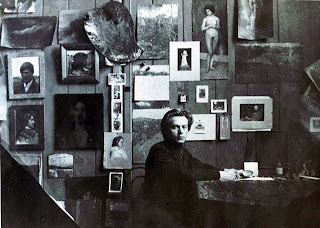 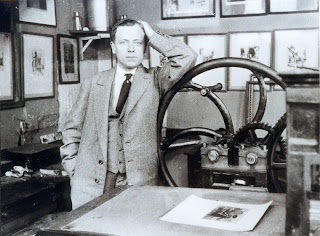 Several years ago I ventured onto a Czech Auction site and almost died when I discovered that I had missed the auction by days for the three paintings listed below. A bad case of regrets quickly set in. I had never heard of the artist but I could tell from the works listed that he had more talent in his pinkie than I had in my whole body. The gods had indeed smiled upon this very talented man. He was born in Bohemia (then in the Austrian Empire), the youngest of seven children. Early on he showed talent for drawing and was recommended for a more extensive art education. At the tender age of seventeen he passed the entrance exams to the Academy of Arts and was accepted into the class of drawing and painting of Max Pirner (1854-1924), an acknowledged proponent of neo-romantic philosophical inclinations. At the Academy he developed a close friendship with Hugo Boettinger (1880-1934). He graduated from the Academy in 1900 and received two successive scholarships to travel. The first one he used to travel to Italy, and the second one he used to travel to Paris and London. This early exposure to
the richness of world renowned museum collections and art galleries displaying contemporary art made a distinct impression on his works. In Paris he was exposed to the art of the Impressionists and in London the works of the admired Pre-Raphaelites, Turner, Constable, and in particular, Whistler. He was definitely influenced by these greats but manages to develop his own unique style of a high artistic level. His primary interest lay in painting but he also loved the graphic arts, such as etching, aquatint, dry point and woodcut. The first decade of the twentieth century was an extremely productive period for Simon and a time in which he participated in numerous exhibits. In his later life he traveled extensively both in America and the Far East. In 1928 he was appointed a professor at the Academy of Arts in Prague to head the school of graphic arts. He took his responsibilities very seriously and devoted time to writing and publishing manuals, one dealing with etching and one with woodcuts. He died at his home in December 1942 from heart failure. Truly a remarkably talented artist.
------------------------------------------ 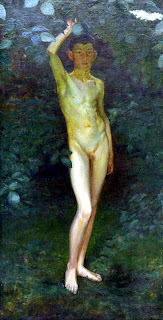 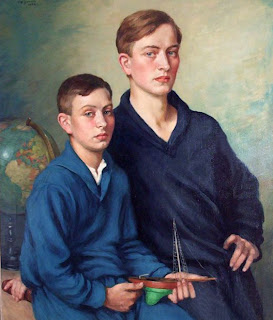 Portrait of the Artist's Sons....Ivan & Pavel 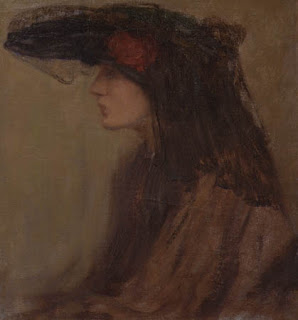 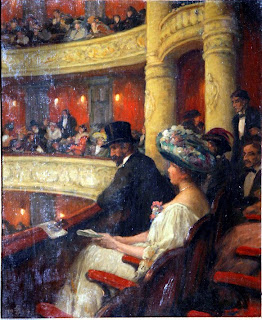 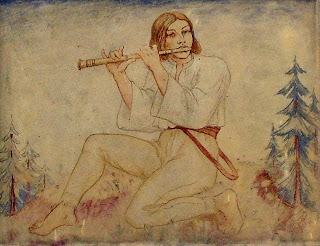 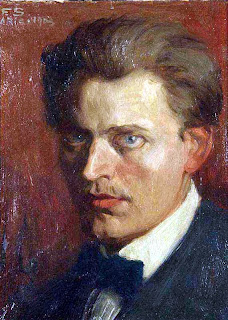 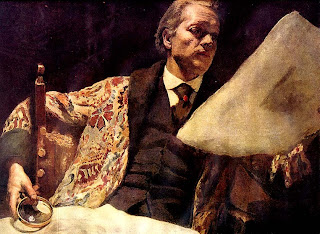 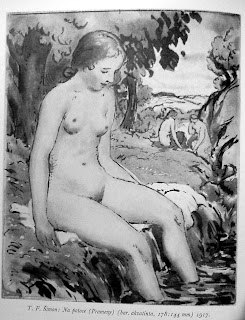 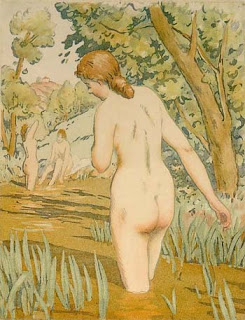 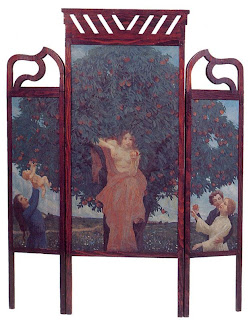 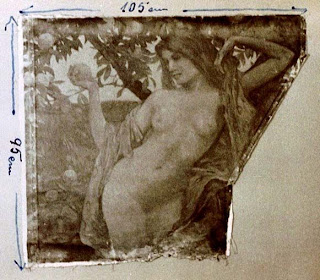 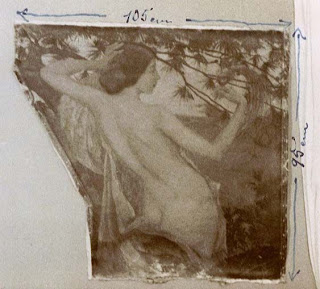 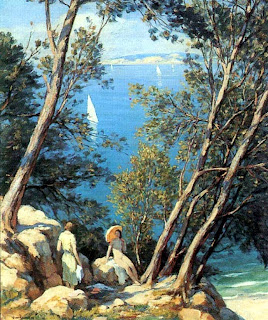 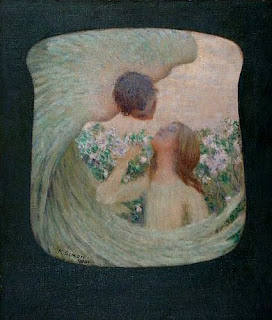 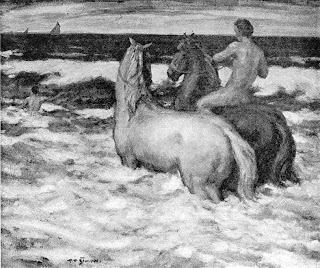 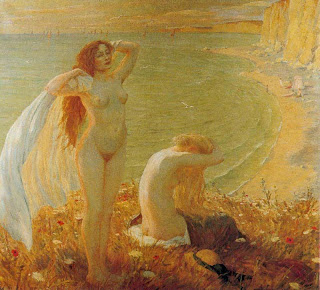 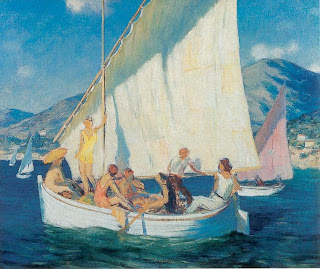 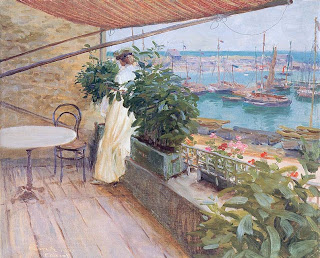 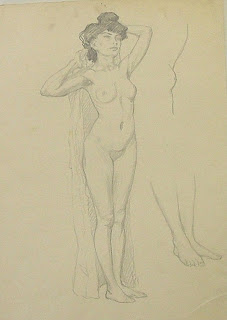 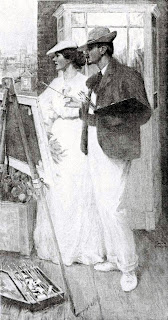 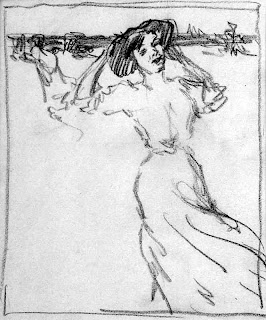 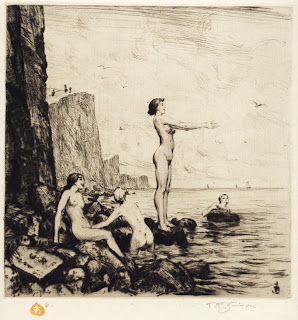 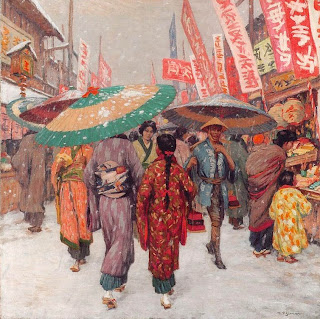 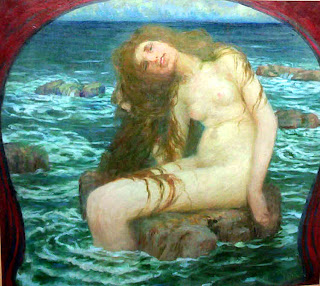 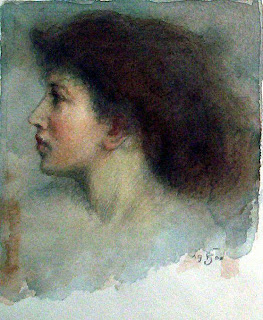 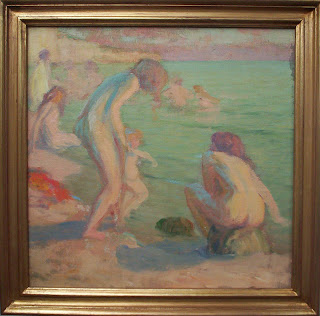 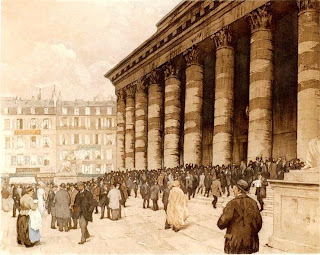 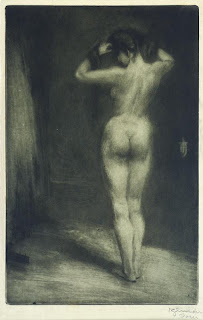 Posted by Passionate about the Academic Nude at 7:23 PM