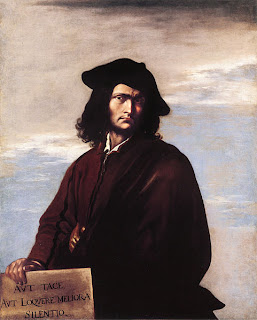 Self Portrait, Salvaor Rosa
----------------------------------------
This little print has an interesting story. I found it listed on eBay Australia several years ago. The seller described it in such a way as to make it almost invisible to a casual buyer. He lamented that try as hard as he could he simply could not make out the signature. I looked at that signature and smiled. Of course he couldn't read it, it was written backwards. Anyone familiar with printmaking knows that marks, including a signature, when written on that printing plate, unless the artist specifically writes it backwards on the plate, will come out in reverse on the print. I didn't have the heart to tell him his mistake (I did later after the print was in my hands). I printed out the illustration on the listing, took it to a mirror and sure enough, the mystery was solved: S. Rosa. One simply has to take the print to a mirror and bingo, the signature appears the way it should. I contacted the seller and asked about the origin of the print and he told me it came out of a Brisbane estate and the owner had immigrated from England many years ago. I ended up buying the print for a few Australian dollars, in fact the postage from Australia to Florida was more than the cost of the print. When it arrived I was surprised to see that the paper had some age on it but I am not an expert on Rosa or on his prints, so I can hardly make any judgements on its authenticity. It does have some foxing on it and appears to be in good condition. Who knows, it may perhaps be the real thing. I am a sucker for anything dealing with satyrs, those randy creatures being a favorite subject of mine.
------------------------------------------------- 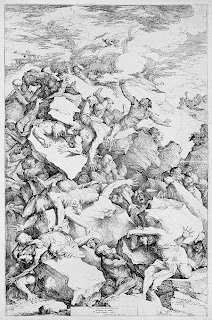 Fall of the Giants.. 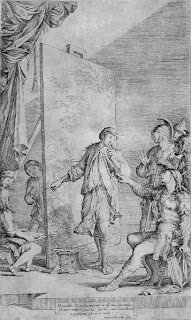 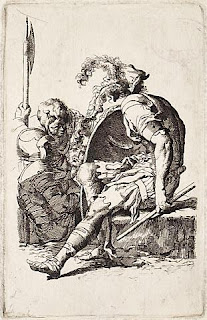 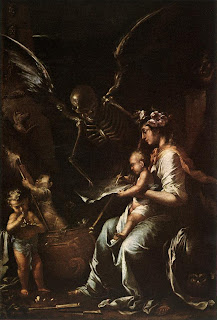 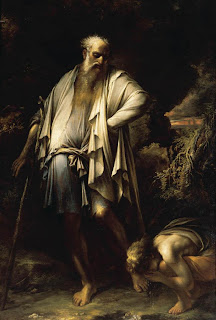 Posted by Passionate about the Academic Nude at 8:55 AM