Book Review: The Studios of Paris - The Capital of Art in the Late Nineteenth Century 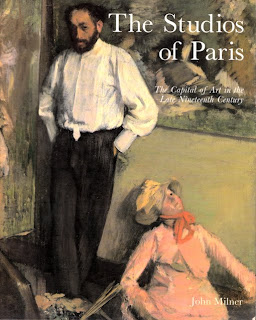 I recently found a book at Amazon.com detailing the Art world in Paris in the late 19th century. The main focus of the book is the Ecole des Beaux-Arts and the myriad of private Ateliers and artist studios which abounded in Paris during the golden age of the Academie. The back stabbing and volatile world of the annual Salon included some five or six thousand entries and could make or break your career. The author details the competitiveness and at times disruptive behavior of the students in the various Studios. Some of these confrontations resulted in fisticuffs between the aspiring artists. No wonder the Impressionists were disgusted with the entire Salon system. How would you like to put you latest work up in front of that crowd below? If you can find a copy of this book, I recommend adding it to your Art library for it gives some insight into the 19th century politics and struggle of the aspiring artist in the late 19th century. 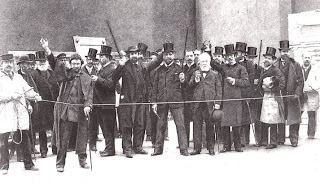 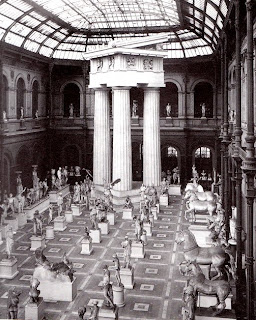 The glazed court at the Ecole des Beaux-Arts for the study of classical sculpture from casts. 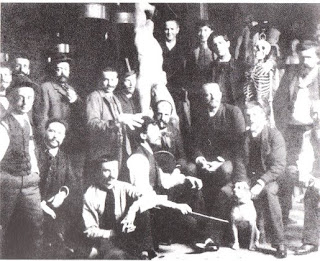 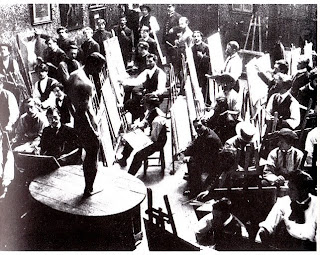 The Atelier Bonnat at the Ecole des Beaux-Arts, circa 1888.

Posted by Passionate about the Academic Nude at 9:47 AM