This morning I found a bronze on eBay Germany a copy of Carl Kauba's "The Thinker," directly below. I thought this would be a good excuse to photograph my copy of Kauba's "True Blue" and post it for you. Kauba is interesting in that he specialized in American Western (native American) subjects for some of his bronzes without ever setting foot in North America. He was an Austrian by birth and the son of s shoemaker. Bronze collectors place Kauba in the realm of Remington and Russell as one of the great portrayers of American Western subjects. His subjects were typically Native Americans, calvarymen, cowboys, and roughriders. He is also known for his Austrian statuary. He studied at the Academy of Fine Arts in Vienna under the tutalige of Professor Laufenberg. Later he studied in Paris. Kauba's fascination with the American West was fed by the literary works of Carl May, whose works were known throughout Europe at the time. His bronzes were all produced in Austria. He personally directed the casting of his bronzes. 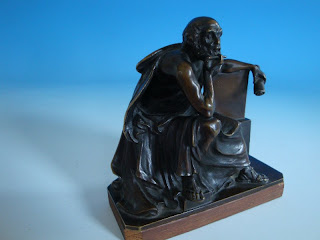 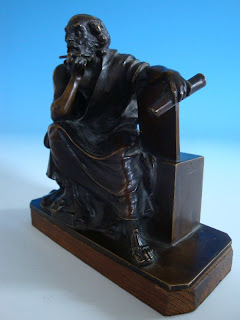 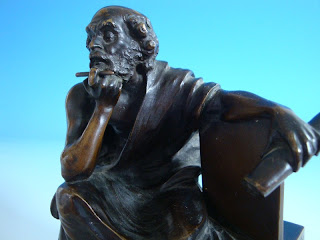 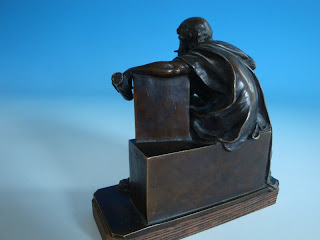 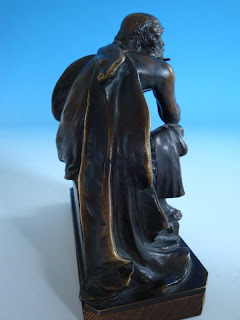 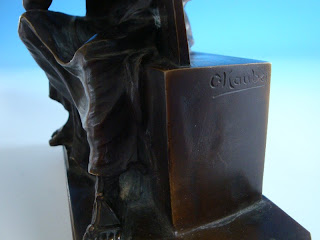 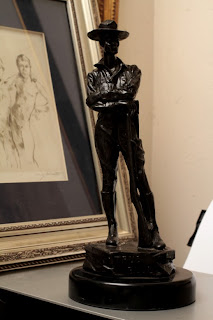 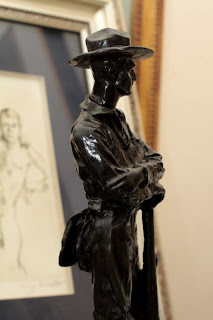 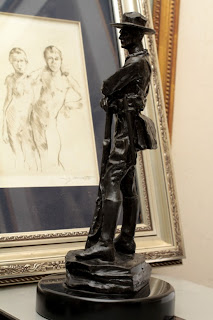 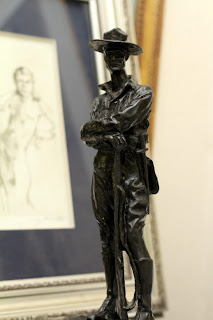