*
The two 19th century French prints I bought several weeks ago arrived yesterday. I must admit that in person they are large and impressive. There is some foxing and that light water damage but the overall effect is quality printing. I do not see a plate mark around the edges so exactly what they are (lithographs, etchings, engravings, or crayon manner prints) will remain up for speculation. My guess ...... engravings? The water damage-discoloration is not that obvious to the naked eye but the camera picks them up as quite distinct against the paper color. The first photograph was converted to gray-scale and gives pretty much the same look as the naked eye. The attribution in French at the bottom translates "Drawing after nature by Hervier serious student of David and by Perrot." The "Hervier" in question is possibly Marie-Antoine Hervier (1783-?), who was a pupil of Jacques-Louis David (1748-1825). He was a miniaturist painter of some fame. The "Perrot" in question is most probably Aristide Michel Perrot (1793-1879), the famous French engraver-cartographer & essayist.
------------------------------------------------ 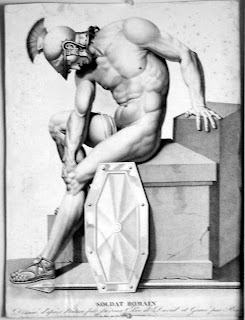 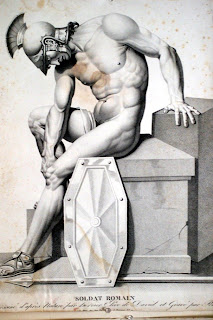 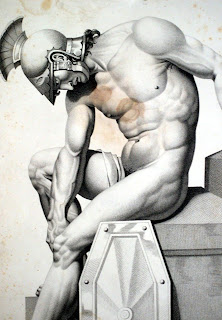 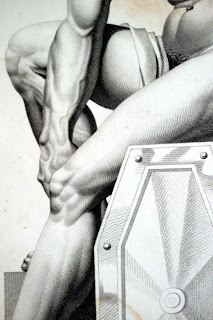 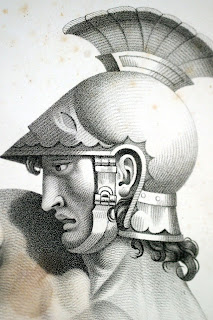 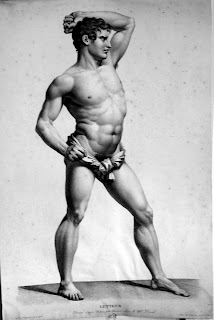 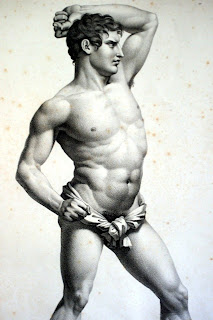 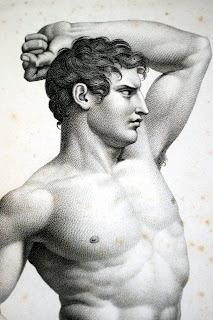 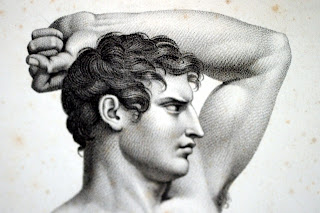 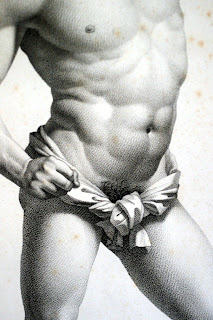 Lutteur .... The Fighter or Wrestler

Posted by Passionate about the Academic Nude at 12:39 PM