*
This morning I cranked up the computers and this drawing popped up on eBay Austria. One of my favorite sellers in Germany had listed it. It was listed at an affordable Buy-it-now price and I grabbed it. It is unique in that the model himself is identified in a notation at the bottom. The notation identifies the model as "Johannes Schilling." Schilling it turns out was a noted Sculptor. 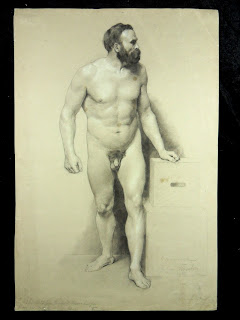 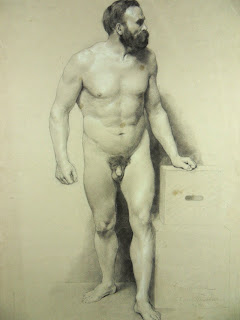 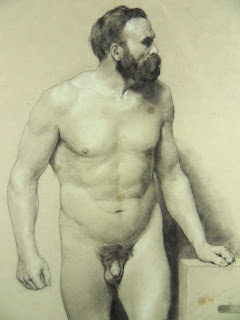 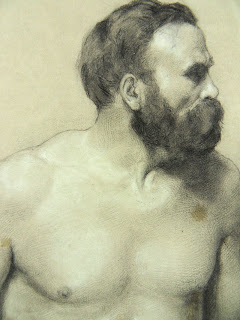 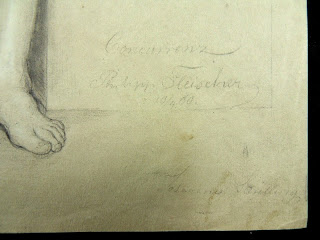 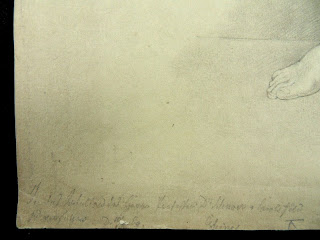 Here is an example of his other works: 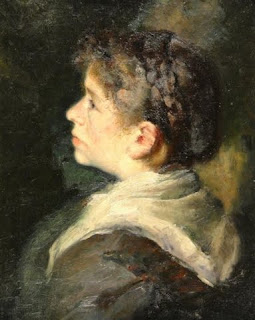 Portrait of a Young woman in Profile
Posted by Passionate about the Academic Nude at 11:05 AM