*
One of my favorite Parisian eBay sellers has listed this beautiful portrait by the famous French painter and art instructor Thomas Couture (1815-187﻿9. I love the very competent way he handles paints on canvas in this lively portrait. Couture was a student of the famous Antoine-Jean Gros from 1830 to 1838 and Paul Delarouche from 1838 to 1839. Couture tried at least on three occasions to win the Prix de Rome but never achieved higher placement than second prize. He quickly became disgusted with the strict politics of the academic system and finally withdrew, taking an independent path in the French art world. He later became a staunch opponent of the stultified curriculum of the Ecole des Beaux-Arts and even went so far as to discourage his own students from entering this hallowed institution. He first became notorious in the Parisian scene with his entry in the Paris Salon with his painting "Young Venetians after an Orgy." I would have loved to have seen the faces of the public viewing that work. What made his works attractive to the Parisian audience was his use of bright color and surface texture, which were derived from such painters as Decamps and Delacroix. Regardless of his personal bent, his methodical drawing techniques demonstrated his mastery of the now hated academic tradition.
-------------------------------------------------------------------------- 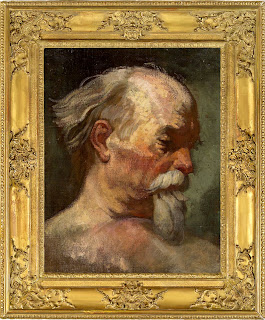 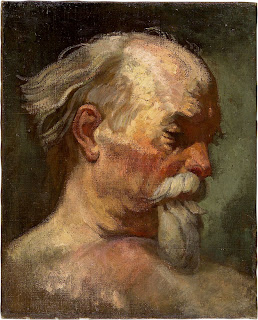 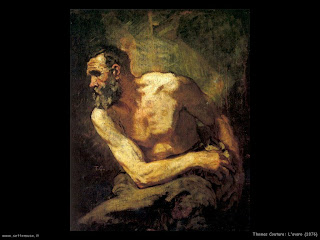 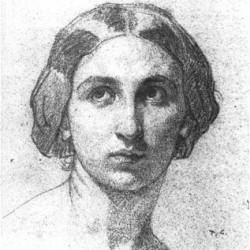 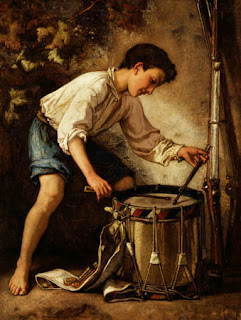 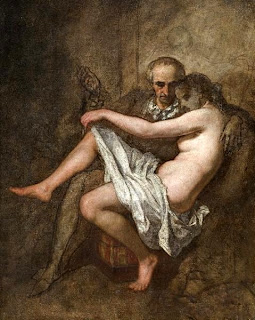 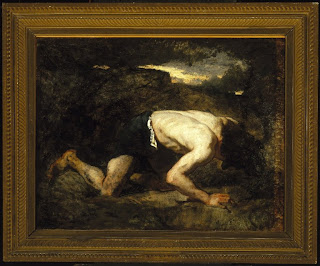 The Fugitive - Study for Timon of Athens 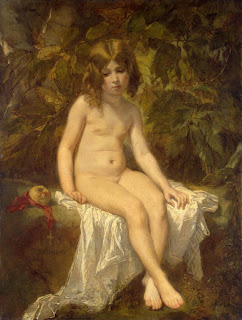 The Little Bather
Posted by Passionate about the Academic Nude at 12:35 PM