Auktionshaus Mehlis, Plaven, Germany is offering a fine Academic nude study of a boy in their latest auction catalog. The opening bid is set at Euro 1,200.00. I suspect it will sell for far more. William Pape (1859-1920) was a pupil of Herman Prell in Berlin, J. Lerebver and Benjamin Constant in Paris during the latter part of the 19th century. He spent his career as an historical painter and illustrator. What a beautifully executed Academic Nude study.
******************************* 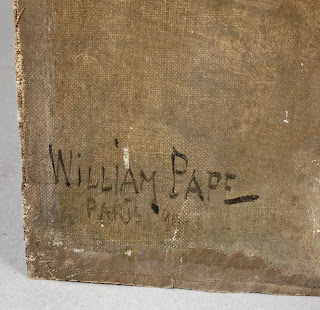 Posted by Passionate about the Academic Nude at 8:55 PM