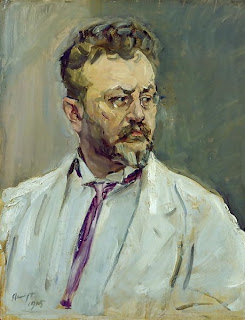 Galerie Bassenge, Berlin, DE. has recently listed a work by Max Slevogt (1868-1932)(directly below) in their auction catalog. It is a gouache and watercolor on vellum and dates from 1928. The title is: Der Triumph of Gambrinus (The Triumph of Gambinus). The work is a study for a life sized wall painting that Slevogt created for the former Berliner Kindl Brewery, which was destroyed during the Second World war. The artwork is in a pyramidal composition wherein the main character is Gambrinus supported by two smaller satyrs and his club. If you are not familiar with King Gambrinus and you are a beer drinker, then you should be ashamed of yourself. King Bambrinus was alleged to be the inventor of beer brewing and is said to have learned the craft of brewing from his mother, the ancient Egyptian Queen Isis. With its subdued colors and fresh lively drawing, this is truly an imaginative work.


Max Slevogt was a German Impressionist painter and illustrator, and along with Lovis Corinth and Max Liebermann, was one of Germany's premier plein air style painters. He studied at the Munich Academy from 1885-1889. He traveled to Paris in 1889 where he attended the Academe Julian. He had his first solo exhibition in Vienna in 1897. In 1900 he was represented in the German pavilion of the World Exhibition with the work Scheherezade. During WWI he acted as an official war painter to the western front. In 1901 he joined the Berlin Secession. 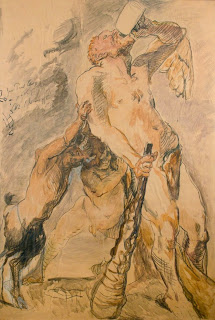 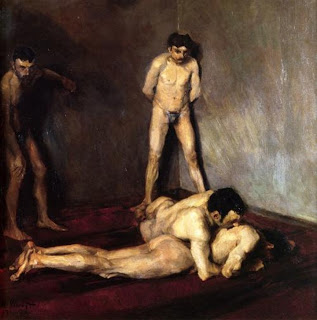 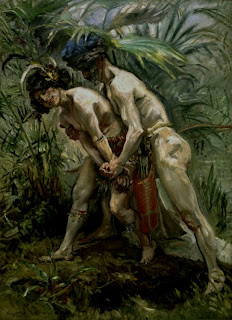 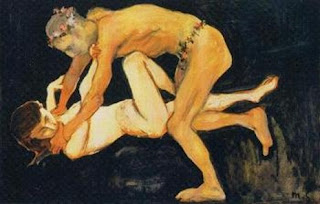 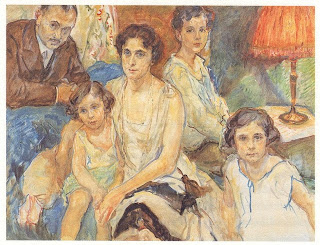 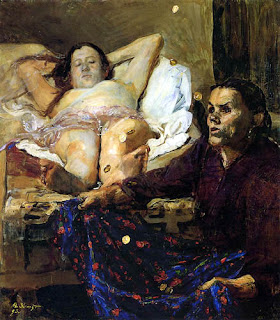 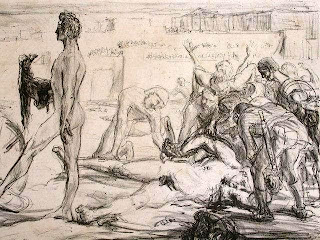 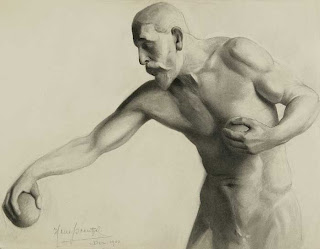 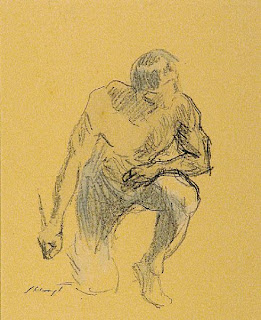 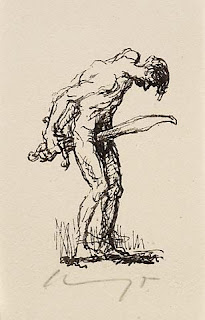 Posted by Passionate about the Academic Nude at 7:24 PM