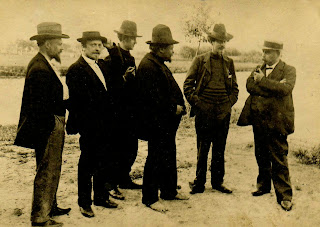 (Photograph of the Artist: Second from the left)

-------------------------------------------
A Berlin Gallery has recently listed a bronze edition of George Minne's "Adolescent I" on eBay Germany. The asking price is in the five figure range so that puts me at the back of the bus. George Mimme (1866-1941) was a very well listed Belgian sculptor who was famous for his Symbolist monumental works. He studied at the Royal Academy of Fine Arts in Ghent and then at the Academie Royale des Beaux-Arts in Brussels. He established his own bronze foundry in 1910. His most famous works were a series of kneeling youths and the marble sculpture of the below subject, which I believe is in the Getty Museum. Like other Symbolist's, he favored exploring human spiritual life and inner conflict. He studied architecture before going on to painting and sculpture. Minne's works overall contain a surprisingly few motifs which he explored over and over.
---------------------------------------------- 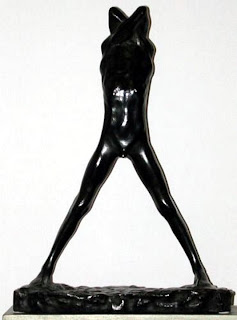 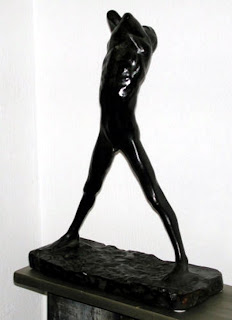 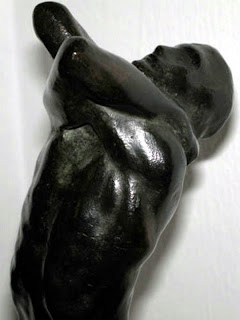 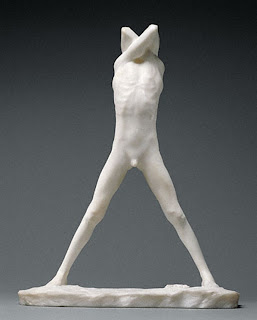 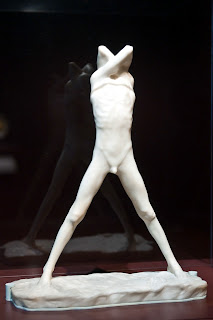 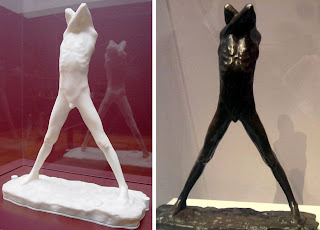 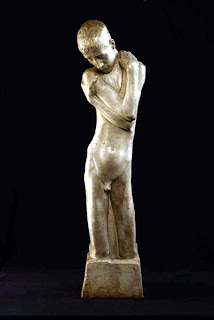 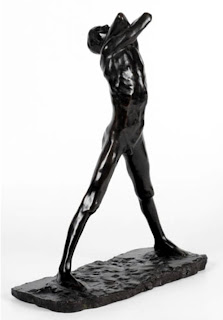 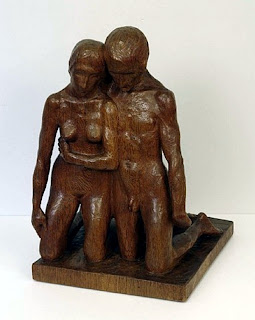 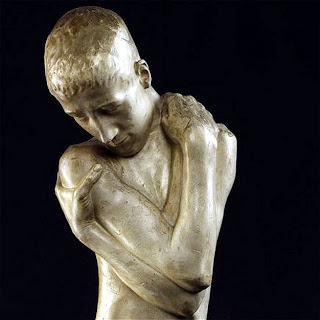 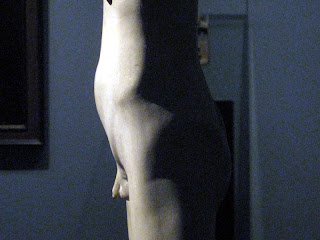 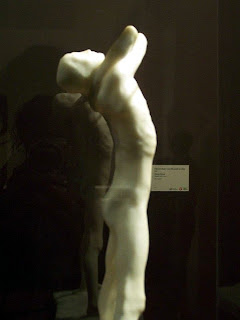 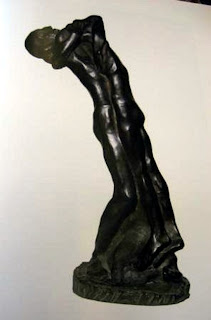 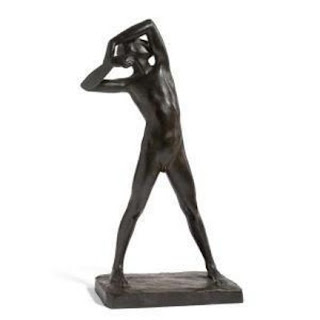 Posted by Passionate about the Academic Nude at 2:18 PM