A few moments ago I took another beautiful academic work at auction, this time something very special. It is an intaglio print of a standing male nude by the French artist Arthur Mayeur (1871-1934). The inscription at the bottom of the print indicates Mayeur took the 1896 Grand Prix de Rome  in the Line-Engraving (Taille Douce = Copper plate engraving) division with this particular image. The detail is amazing. I will send it out to the paper conservation people and have that foxing from an acid backing removed.

Arthur Mayeur began his studies at the Ecole des Beaux-Arts in Lille under the instruction of Alphonse Leroy (1888 to 1892) and later in the Parisian workshop of Jules Jacquet (1892 to 1896). He contributed to the Gazette des Beaux-Arts (1901-1910) and the Journal of Ancient and Modern Art (1904-1910). He was a member of the Historic Monuments Commission. He regularly won medals at the Annual Salon of French Artists. He became a Chevalier de la Legion d'Honneur in 1909. He is best known for his etchings, dry points, and watercolors.

Addendum: The Print arrived today (11/8/2013) and after I opened the package I discovered that the print had been affixed to the matt with freaking masking tape! Good Grief! It took me the better part of an hour to get that nasty mess off the back of the paper without destroying the darn thing. Thankfully, the paper is a very good quality linen rag paper (the kind they make dollar bills out of) and is little worse for wear. Whatever possessed someone to use that crap tape to mount a beautiful print like this is beyond me. Pure unadulterated stupidity I would wager. 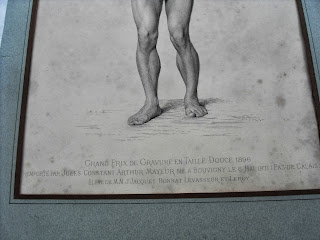 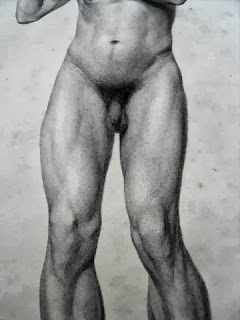 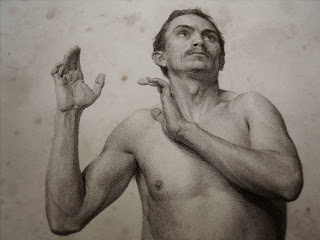 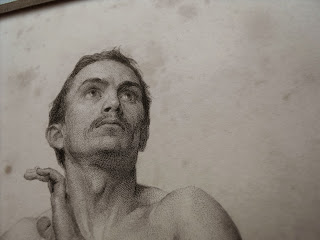 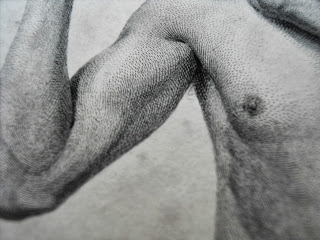 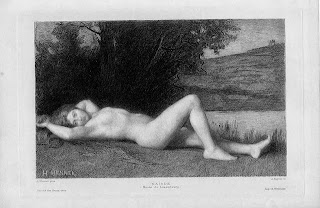 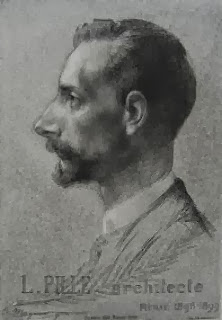 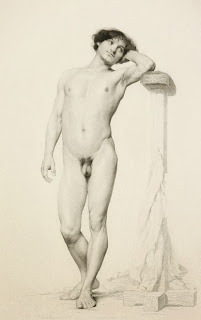 Posted by Passionate about the Academic Nude at 2:53 PM