*
This afternoon I bought this beautiful pencil sketch of a semi-nude male posed as a dying soldier by German Artist Max Seliger (1865-1920) on eBay Germany. It is very reminiscent of those drawings of wounded soldiers by the American Artist John Singer Sargent which were sketched by Sargent during the Great War. It is obviously a preparatory sketch for a larger work. The work is very moving and the classic training behind that accomplished hand is very obvious. Looking at this drawing one can see how the artist accomplished a stunning outcome of a fairly complicated modeled pose. The head and arms appear to be horizontal to the picture plane, the chest is twisted into that flat plane and the hips are twisted even further, causing fairly extreme foreshortening of the right leg and a somewhat by a lesser amount of foreshortening on that left leg. All that complicated twisting of the figure would have caused some problems for any drawing student but Seliger has brought if all off admirably.

Max Seliger attended the Royal School of Art in Berlin and later at the Institution of Decorative Arts in Berlin. He was a student of Max Friedrich Koch. From 1894, Seliger was an instructor at that same institution. In 1901 he became director of the Academy of Graphic Arts and Printing Arts in Leipzig. While there, he undertook the reorganization of the institute. In 1914 he founded the Leipzig Book Fair for Trade and Graphics. During his career, Seliger created murals and mosaics for many public buildings, including the Reichstag and Calvary Church in the suburb of Oranienburg in Berlin and for the entrance hall of the German Library in Leipzig.
-----------------------------------------------
* 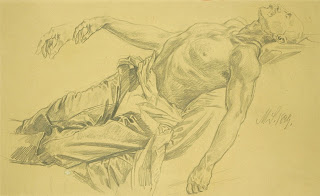 Here are a few additional examples of Seliger's works: 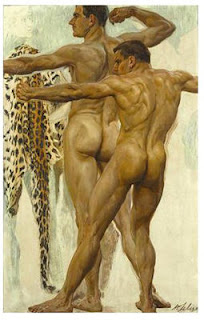 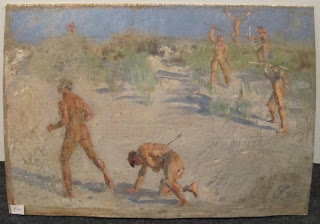 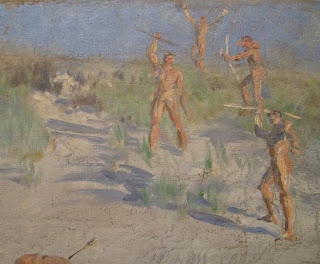 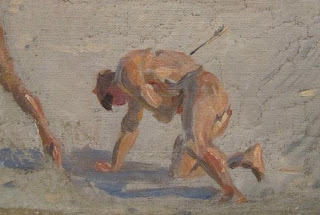 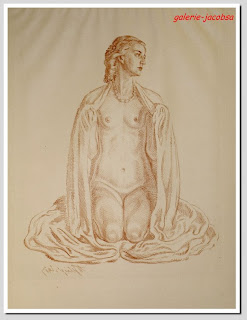 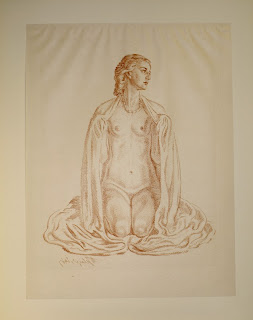 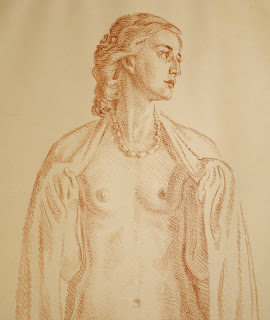 Posted by Passionate about the Academic Nude at 3:37 PM No comments: 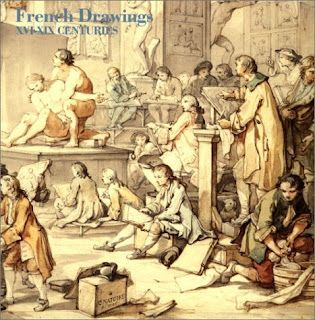 Posted by Passionate about the Academic Nude at 12:36 PM No comments: