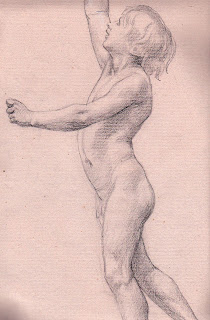 *
This morning I trudged down to the Post Office and picked up the Francois Alfred Delobbe (1835-1920) drawing which arrived from France on Saturday. I scanned the drawing in two pieces and stitched them together. You can see a lot more detail of the artist's drawing skills from a scan rather than a photograph with a camera. The unique thing about this small drawing is that the artist has listed the model's name and address at the top of the page. For the history books his name is: Louis Mardelle. The artist's studio stamp appears in the lower left hand corner (Atelier Alfred Delobbe). I love the heroic pose, so unlike the static department store mannaquin poses you see so often.
------------------------------------ 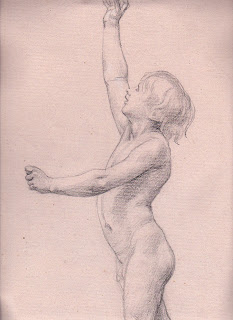 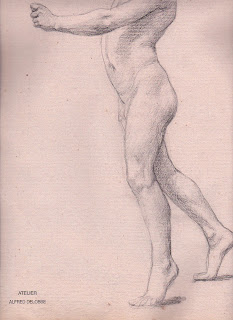 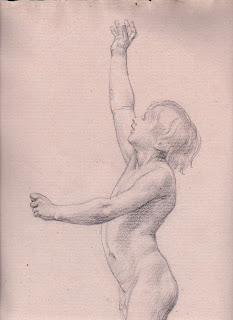 Posted by Passionate about the Academic Nude at 10:11 AM No comments: 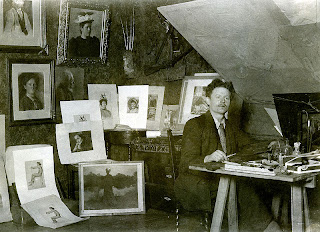 I found this beautiful example of Georg Jahn's "Two Male Nudes with Horses at the Riverside" on one of the European auction sites today. It really is breath taking in its execution and a prime example of Georg Jahn's (1869-1940) graphic works. Georg Jahn is a well known German painter and printmaker who was active at the end of the 19th century through his death in 1940. His works have been described as "lyrical realism" incarnate and I think that pretty much sums it up. Like many artists of the late 19th century, Jahn began his art career at an early age, age 14 to be exact, as a porcelain painter at the Royal Porcelain factory in Meissen. Earning a scholarship he was sent to the Art Academy in Dresden from 1888 to 1890 under Leon Pohle. From 1890 he studied at the Grand ducal Saxon School of Arts in Weimar under Max Thedy. Awards and medals followed him throughout his career.
* 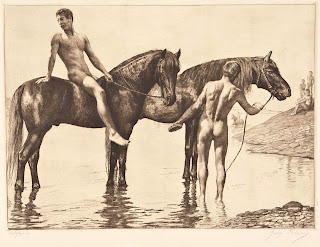 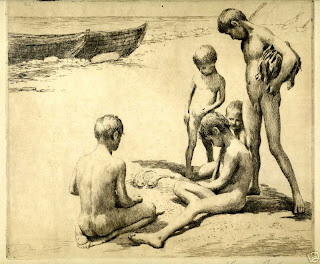 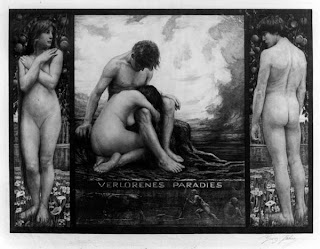 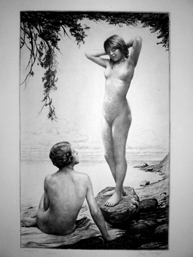 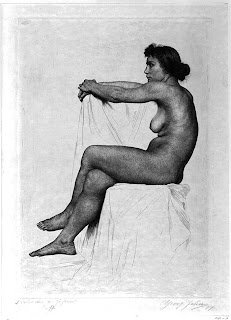 Posted by Passionate about the Academic Nude at 8:25 PM No comments: