*
This morning when I started my usual rounds on the European eBay sites I came upon this beautiful male nude by Arthur Brusenbach (1881-1957). Since it had a "Grab-it-Now" feature on the auction, I did just that. So this beautiful composition will be making its way into my collection. I also pulled up some biographic information on the artist as follows:

"Arthur Brusenbach began his artistic career as a decoration painter for the theatres of the province Siebenbuergen (today part of Romania). He studied for two years at the Vienna School of Applied Arts and then at the Vienna Art Academy under R.Jettmar and R.Bacher (1910-15; 1918-20). As a soldier in the World War I he was captured by the Russians and sent to Siberia, but he managed to escape and came back to Vienna in 1918, where he became a member of the Vienna "Secession" in 1920 and a member of the artist union and exhibition group "Wiener Kuenstlerhaus" in 1939." (Biography courtesy of Boris Wilnitsky Fine Arts Vienna) 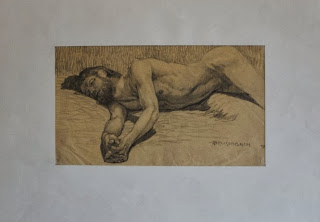 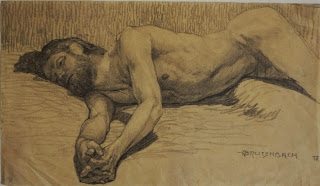 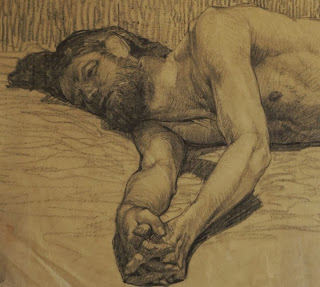 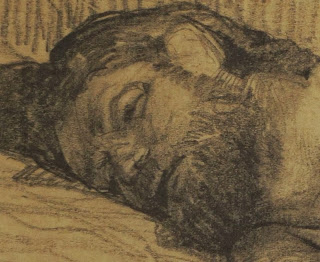 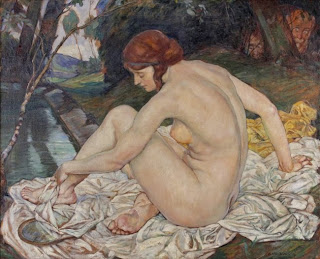 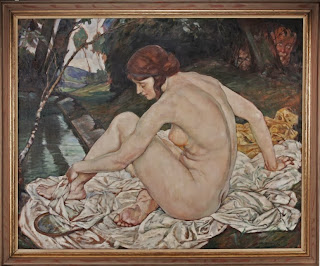 Posted by Passionate about the Academic Nude at 11:28 AM No comments: