*
A few minutes ago I picked up this beautiful male nude by Austrian artist Arthur Paunzen (1890-1940) on eBay Austria. Last week I programmed an automatic bid, forgot about it, and fortunately guessed correctly as to the amount it would take to bring it home. Paunzen was born into the "fin de siecle" Vienna where he studied under Ludwig Koch. Later he studied at the Academie Julian under Jean Pierre Laurens. He later traveled to Italy where he continued his studies of art and architecture. Paunzen created a number of artworks that make a bold (for the time) effort to convey music as images. Many of his pieces were collected by the British Museum, the Stockholm Engraving Collection, and the Albertina Museum in Vienna. When Hitler came to power in 1938, Paunzen fled to Great Britain. Tragically he died in 1940 in the Central Internment Camp, Douglas, on the Isle of Man  after the British government interned all German and Austrian citizens, including jews who had fled Nazi oppression. (Don't forget the British invented the Concentration Camp in South Africa and the Germans perfected the idea). What the Nazi's couldn't do, the British managed to accomplish in short order.
------------------------------------------------------------------- 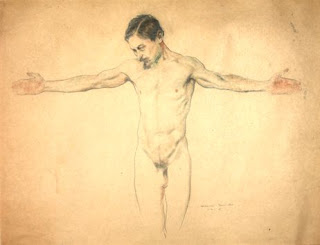 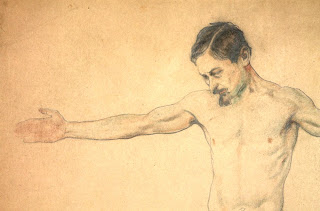 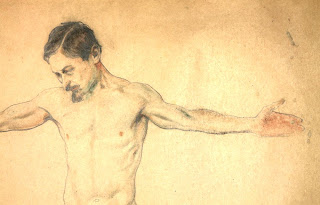 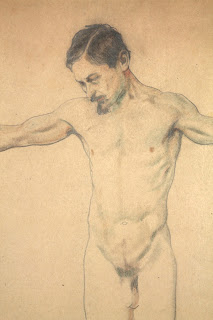 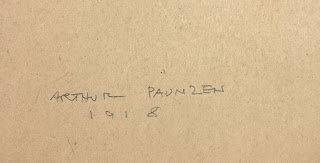 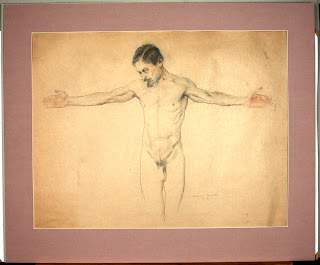 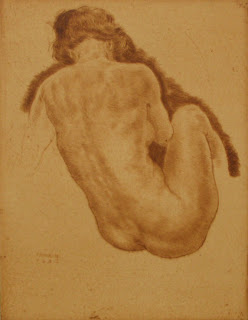 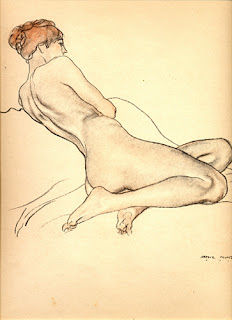 Posted by Passionate about the Academic Nude at 3:13 PM No comments: