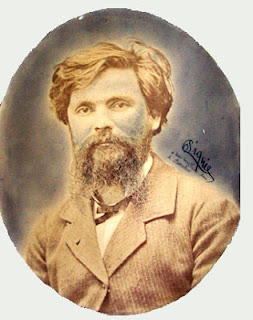 Portrait of the Artist (above)
-----------------------------------------------------------
I finally got the editor for this blog working properly on the Windows based PC where I store all my images and as I was browsing the remainder of images I have for January I ran across a photograph of Alfred Boucher's sculpture "Au But." A seller in Monaco had it listed in the off eBay "small sales" section of eBay France and I contacted him regarding the work. Unfortunately, I thought the conditions he imposed were taking me somewhere with my money that I didn't want to go, so I passed on the buy. Other than a copy of his passport there were no guarantees shipment would actually happen. I dare say I try my best to minimize risk in buying but I will not walk into a buy with no guarantees at all. He did send this nice illustration of the bronze he had and I thought I would post it. This is probably one of my favorite works featuring the male form. 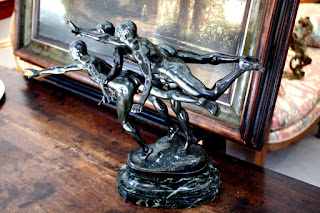