“A painter of the Belle Epoque, Gustave Poetzsch was born in 1870 in Neuchâtel, Switzerland where he started to learn painting from a very young age. The local mountains and lakes gave him his initial inspiration.  In 1892 he enrolled at the Julian Academy in Paris.  He entered the School of Fine Art in 1895 and studied under Gustave Moreau along with Henri Matisse, Charles Camoin and Paul de Frick.
In 1896, Poetzch married Marie-Louise Aulagne, a well-known milliner in the Faubourg Saint Honoré. Through her he was introduced to Parisian Society. He travelled to Deauville, the haunt of the haute monde, British aristocrats and American billionaires who enjoyed the casinos, bathing, yachting and golf as well as the jewellers and fashion houses.
In August 1913 Poetzch watched the finish of the Paris-Deauville race for seaplanes, a speed race which was held along the Seine. This vastly popular event was portrayed in several of his paintings. He also painted his wife and friends  on the beach paying close attention to the prevailing fashions. His wife’s clientele  feature as subject matter in his paintings.  From 1895 he exhibited at the Salon des Indépendants, the Salon des Artistes Français and at the Société Nationale des Beaux-Arts. He also exhibited at the Exposition Universelle in  Paris in 1900.”
Gustave Poetzsch painted contemporary genre, landscapes and still lives. He owned  a house in Yssingeaux in the Haute-Loire where he painted lacemakers and the countryside.. The Museé Carnavalet has a collection of his drawings relating to the defeat of the Germans  in 1944.
A retrospective of his works was held in the Musée des Beaux-Arts in  Neuchâtel in 1950.”
________________________________________________________________________________
Well, I have managed to get back into the swing of things again. I just bought these two Academic drawings from Poetzsch’s early career. I am guessing from his class studies in Gustav Moreau’s academic studies class. Enjoy: 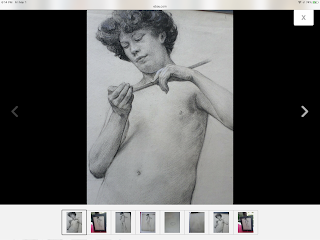 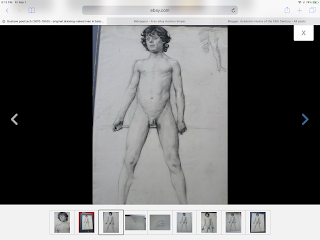 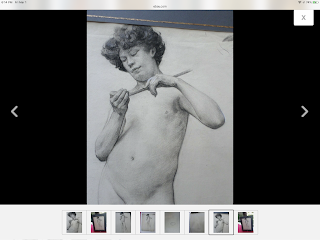 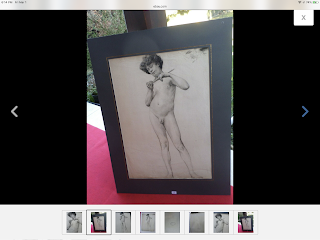 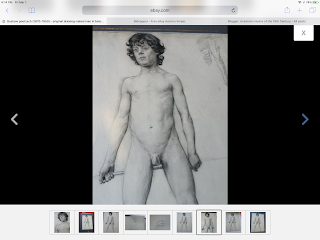 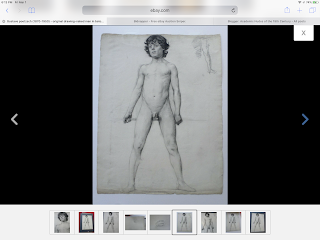 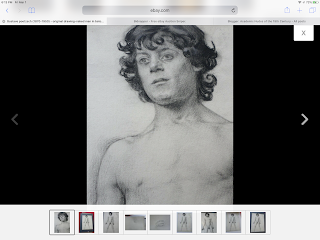 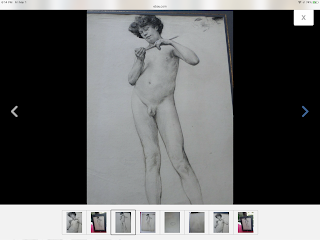 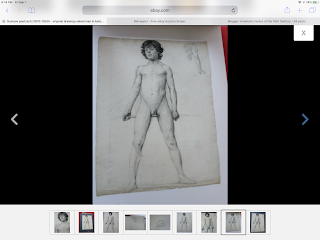 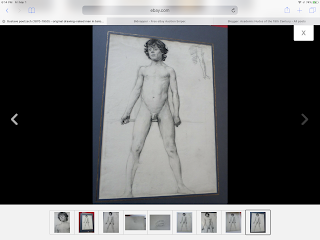 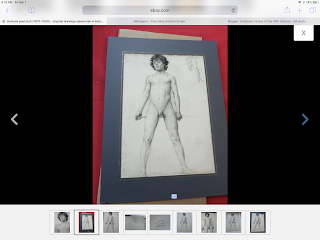 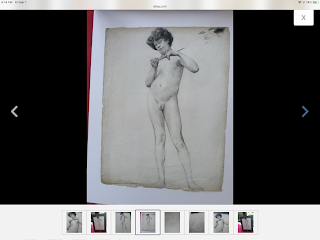 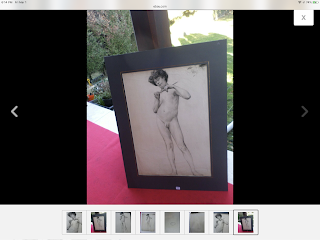 Posted by Passionate about the Academic Nude at 6:47 PM No comments: