*
Call me irresponsible, call me a hopeless romantic, call me a yellow cab.........but I love these sappy romantic "Mother and Nude Child"....."Nude Boy on the Shore".....artworks...........honestly if the seller had listed this first watercolor as "Madonna and Child Sitting in a Rowboat " I would not even have blinked an eye. To me that image just reeks of religious iconography but it is also a testimony to the artist's wonderful skills in a medium we all know is not easily conquered.......watercolor. The same seller also listed another watercolor by the same artist titled: "Nude Boy Sitting on the Shore," both of which are well beyond the contents of my humble purse. The biographical information of the artist was listed as follows in the auction listing: 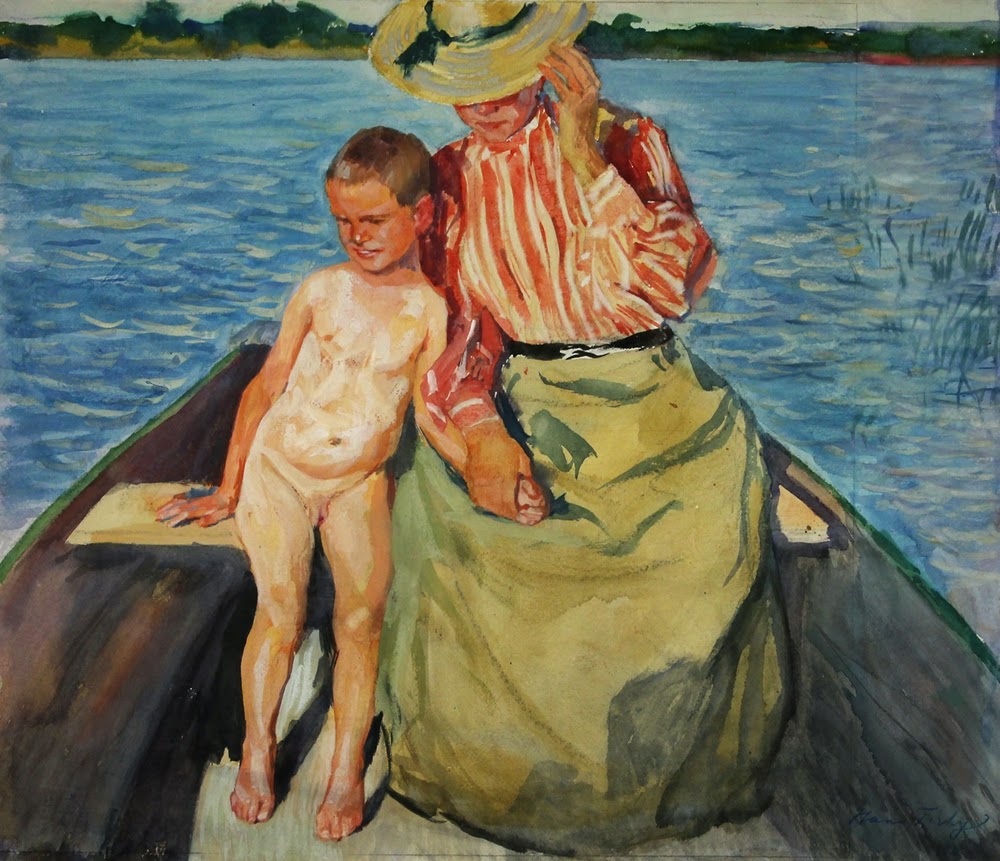 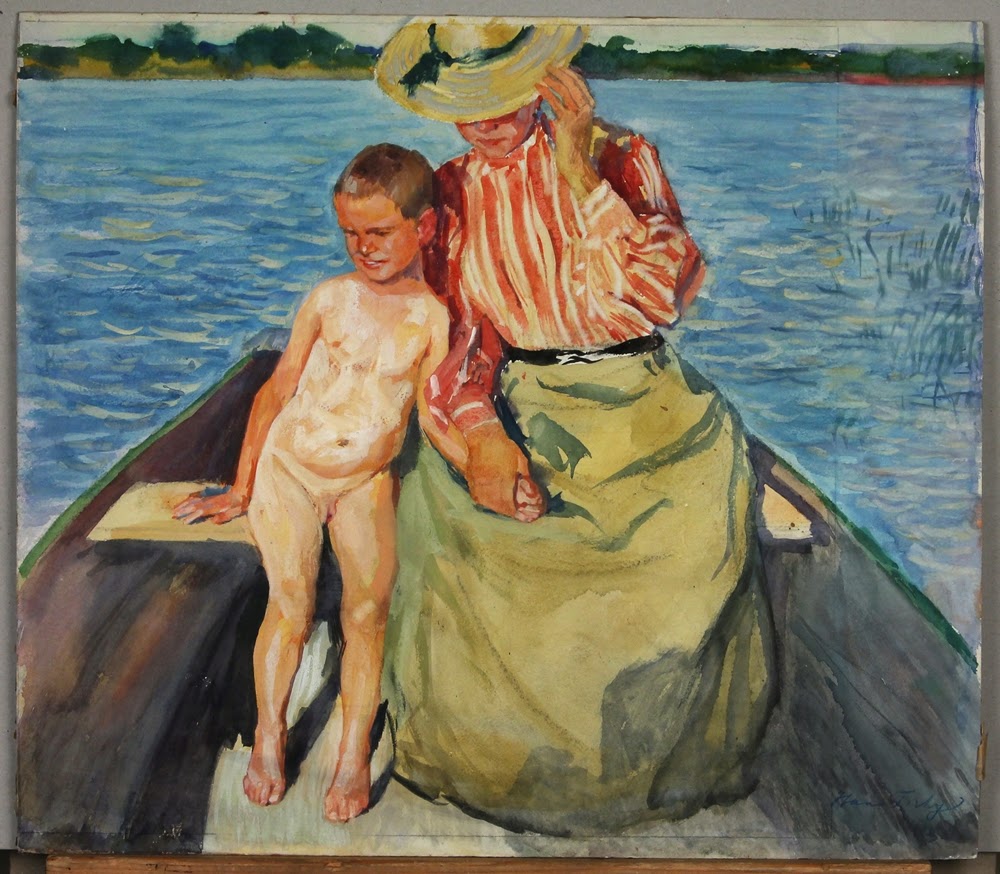 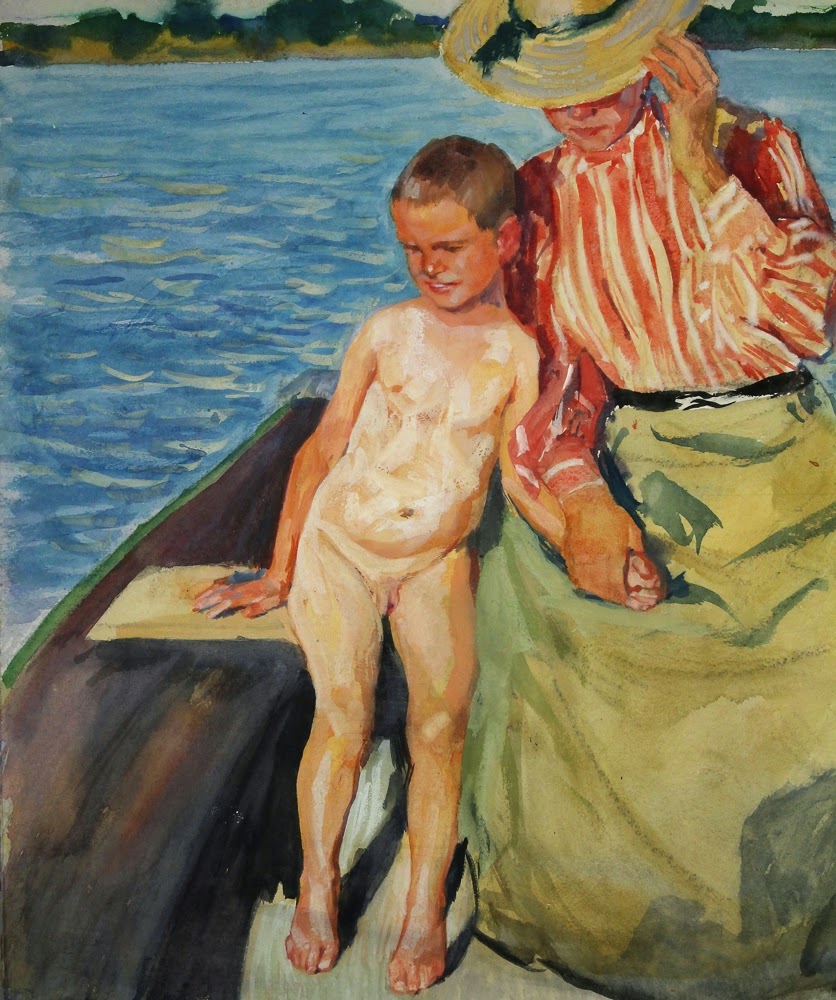 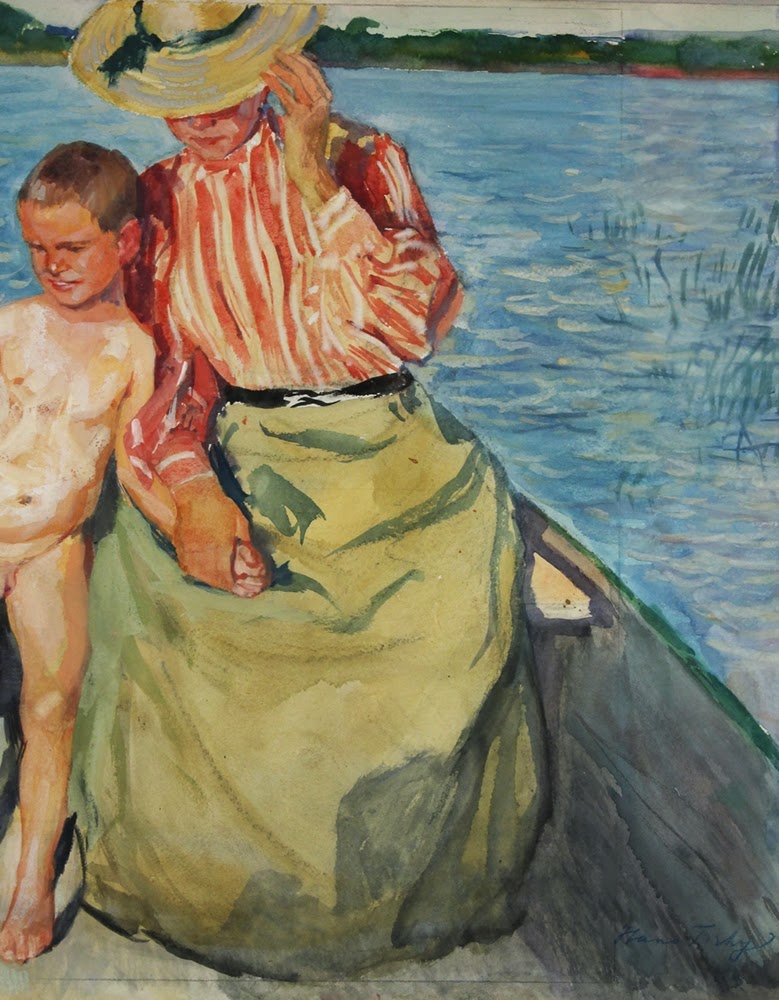 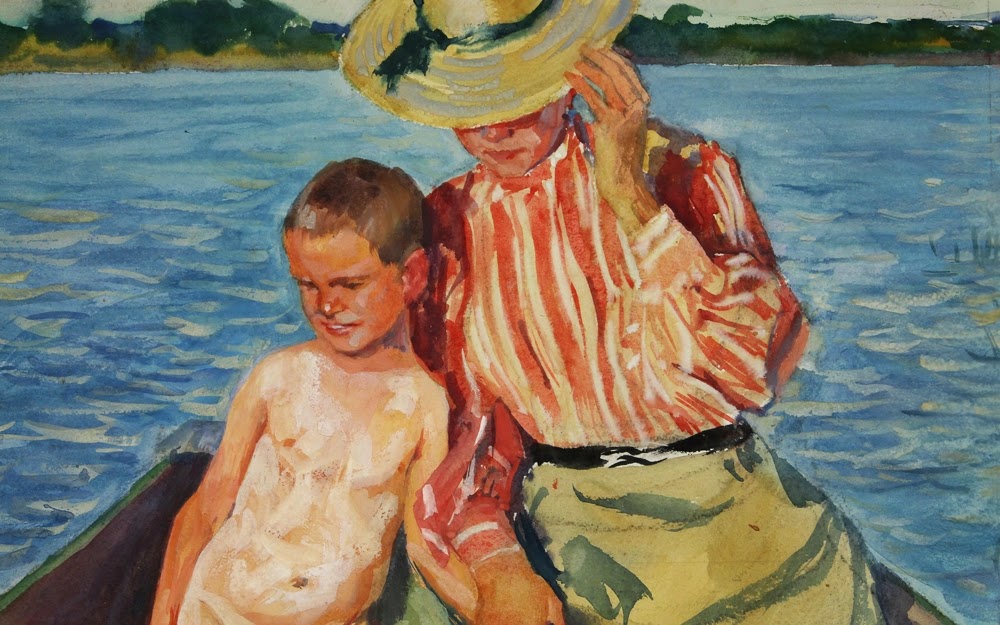 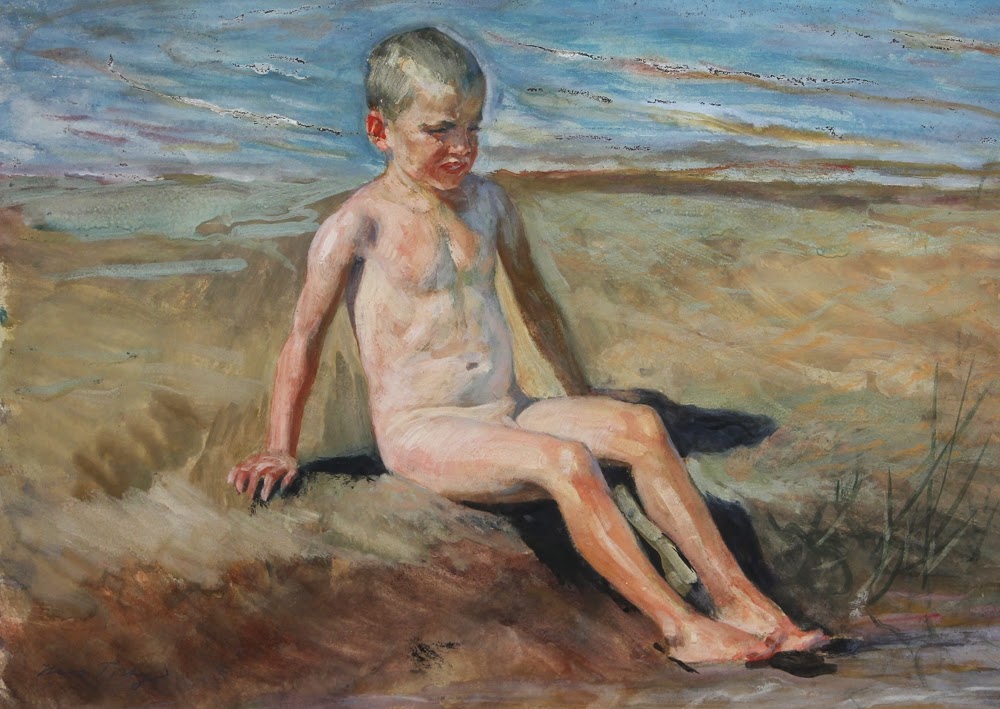 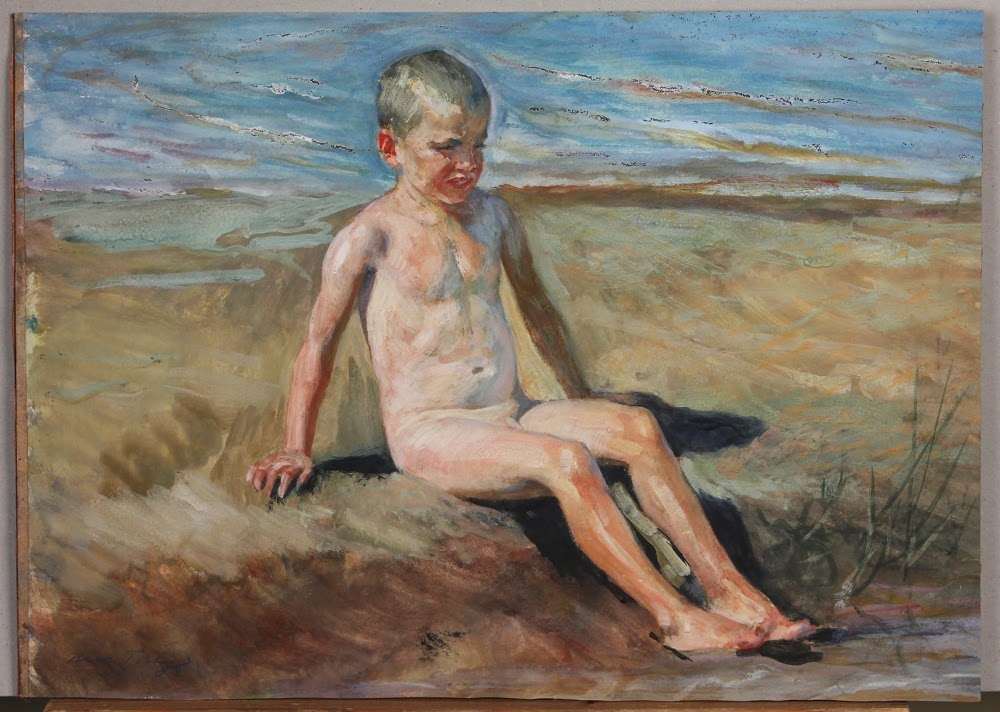 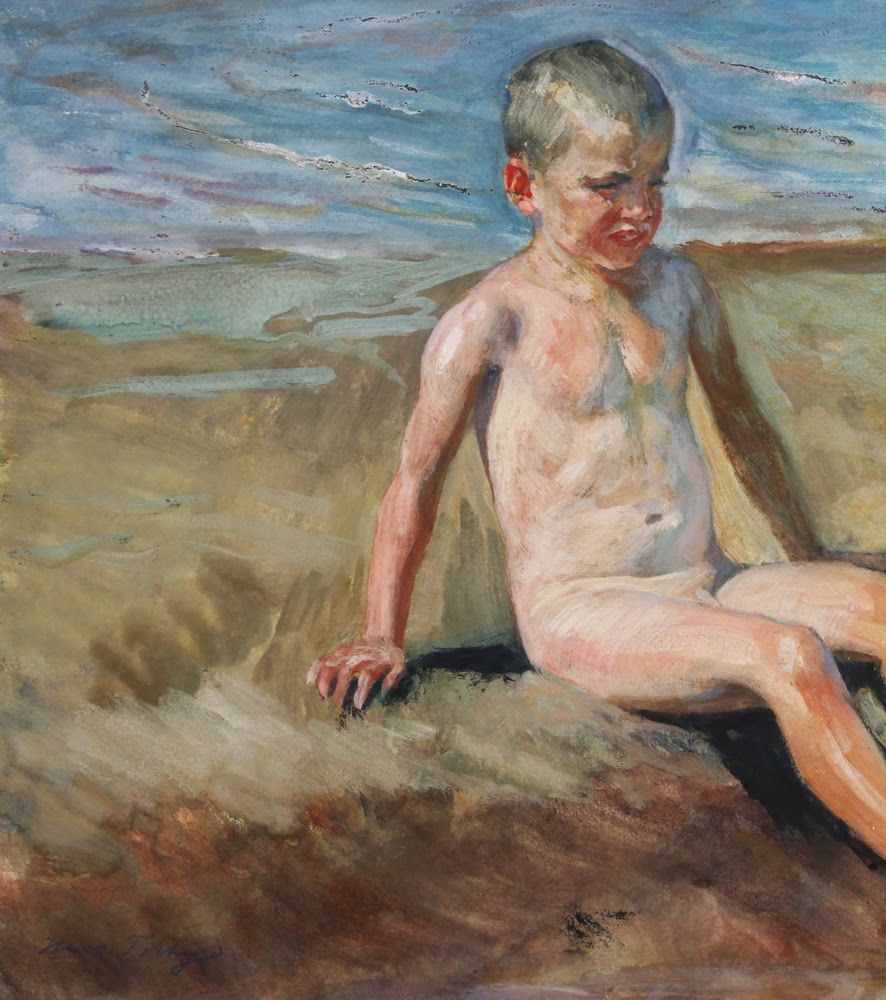 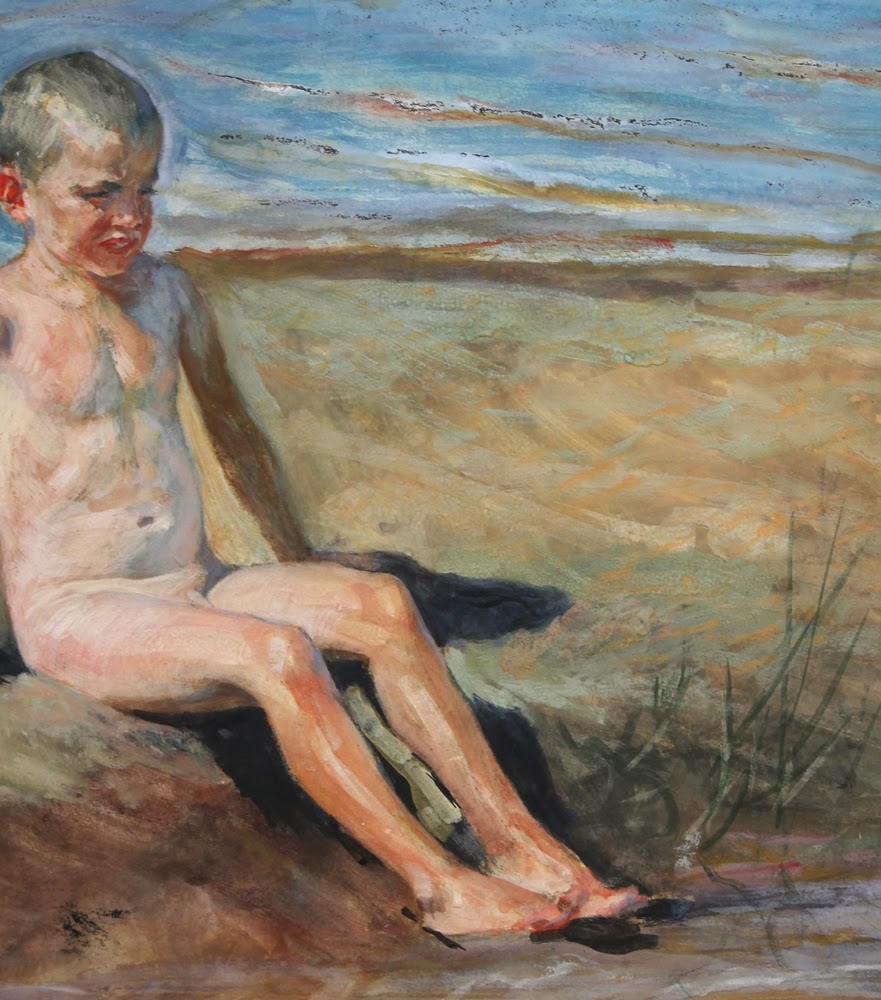 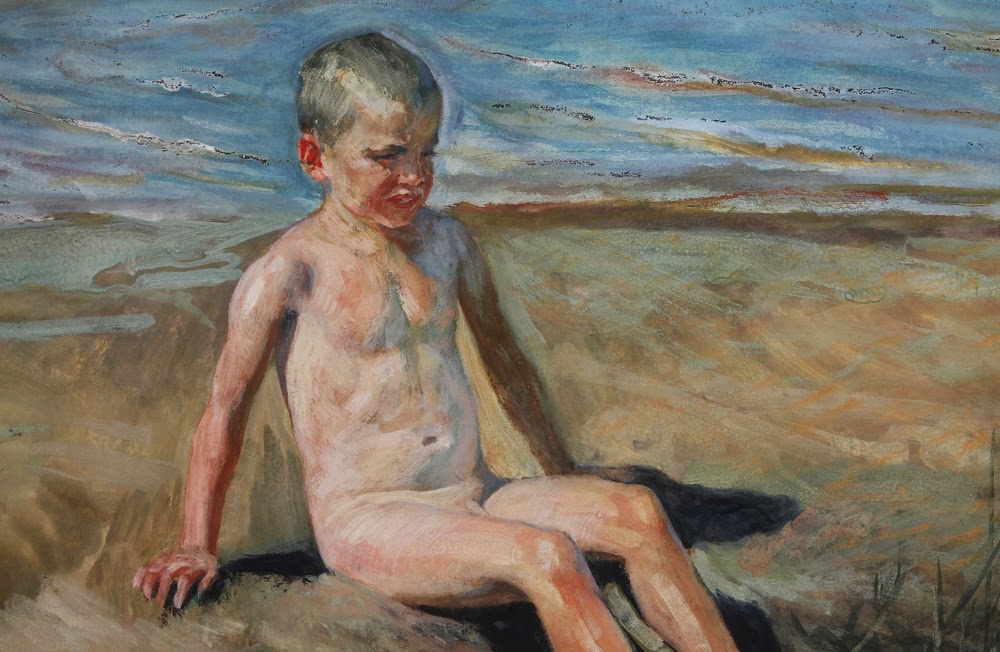 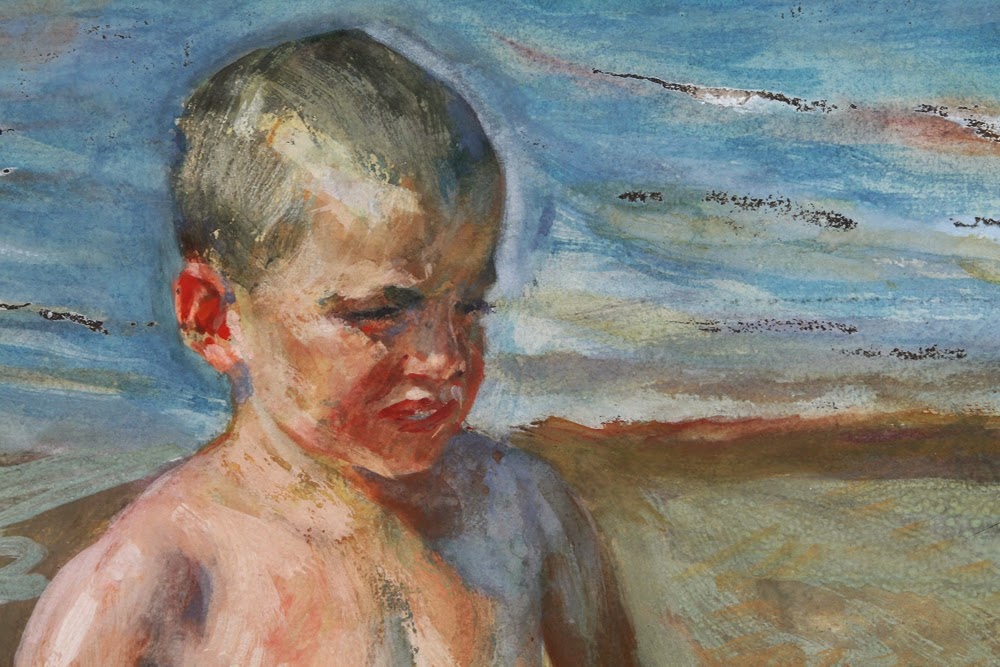 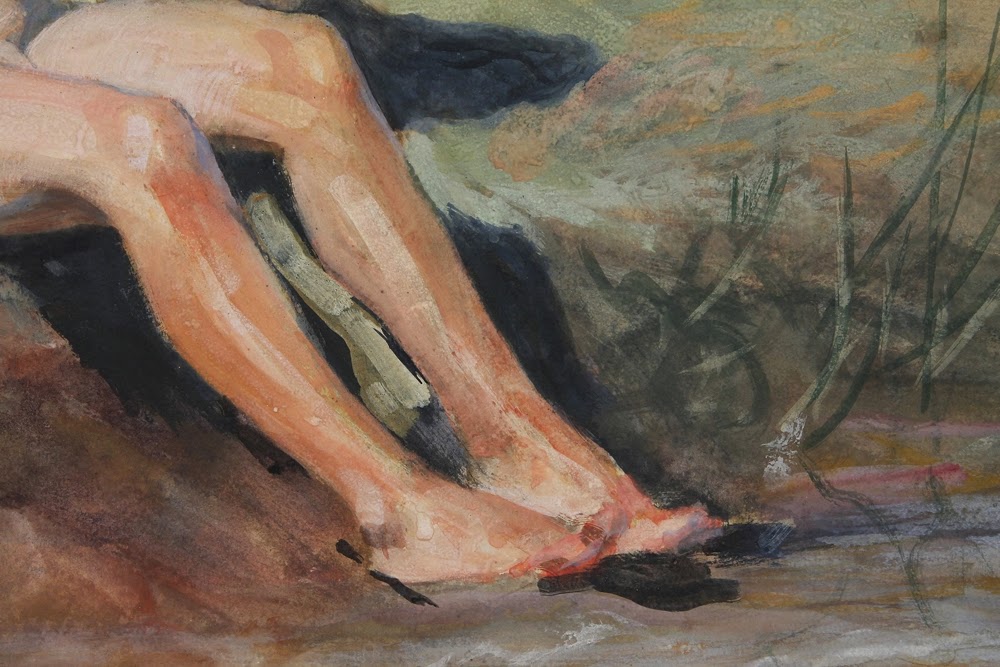 Posted by Passionate about the Academic Nude at 10:54 PM No comments: