Portrait of a Young Boy - Oils on Canvas - signed B. De La Rancière

If you have been paying attention to my blog entries over the years you know how much I love a well executed portrait because in a portrait you quickly learn from the results who has and who does not have the training and artistic ability to depict the human face. A finely executed portrait will show how well the artist was trained and how well he or she puts that training to good use. Several days ago I was bouncing around on eBay France when I ran across this small portrait executed in oils of a young boy. Not only was the little guy cute as a button but the artist had done a fine job of combining color and brush work to bring him to life on canvas. The price was attractive and ridiculously low for an original painting so I placed a flag on it for later consideration. No sooner had I tagged it than up pops a reduction in price offer from the seller which now put the little guy in the "I stole that" category so I executed the purchase. Close examination of that use of rich color, texture, and very talented brush work has produced an exciting little portrait. Unfortunately, I could find no biographical information on the artist so that will have to remain a mystery for now. I know it's somewhat outside the purview of the blog but I simply had to share that artistic talent.  Enjoy. 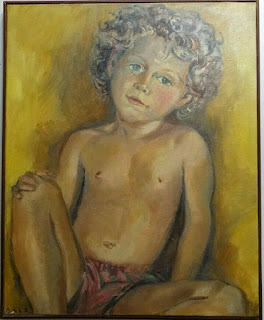 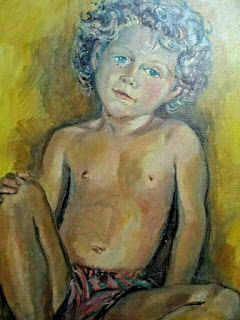 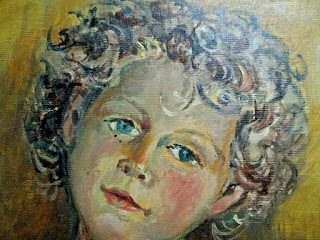 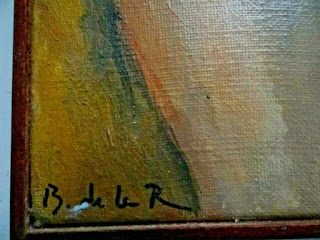 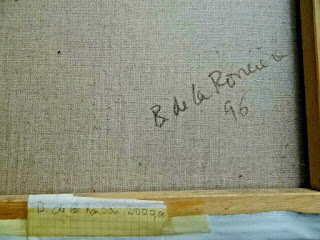 Posted by Passionate about the Academic Nude at 2:22 PM No comments: 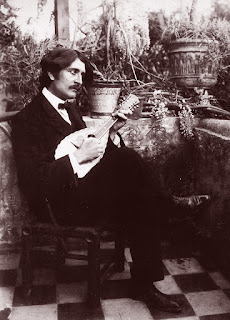 And now, as they say in the Monte Python world of the inane and insane, time for something really different ..... but still within the realm of the Academic Nude. This beautiful circa 1900 framed albumen print is on its way from an art dealer in Berlin as I write this. My first love has always been photography (yes, I have a darkroom setup which has gone unused since digital photography became the norm and I bought a digital back for my Hasselblad cameras) and well before I decided to turn what little artistic talent I have left on collecting 19th and early 20th century academic works centered on the human form. Being one to appreciate the works of 19th and early 20th century artists I decided I had to invest my tax return and free government money (don't worry American taxpayer, you will never have to repay this jackass worthy folly of our leaders in your lifetime and screw your grandkids, the little brats deserve all this stupid debt, let them pay it back... let's all take a page from the stupid Marxist liberals in this country and live like there's no tomorrow! Open the borders and let the world in because Amazon, Apple, and Google need slave labor.....We all know that Marxism has been a grand success wherever it's been tried especially for the leaders.... i.e. North Korea) ...... on something special and I found this albumen print which fit the bill perfectly. You probably have heard of the photographer but I'll just give you a brief overview of his biography from online sources:

"Guglielmo Plüschow (born Wilhelm Plüschow; August 18, 1852 – January 3, 1930) was a German photographer who moved to Italy and became known for his nude photos of local youths, predominantly males. Plüschow was a cousin of Wilhelm von Gloeden, who, despite taking up nude photography later than Plüschow, soon overshadowed him. Plüschow was several times at odds with the law and charged with corruption of minors. Today, his photography is recognized for its artistic merits, but it generally is considered somewhat inferior to von Gloeden's because of his less graceful handling of lighting and the sometimes strangely stilted poses of his models." 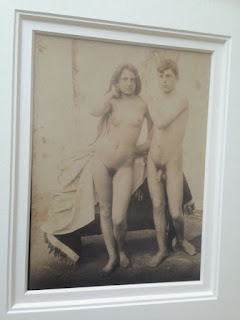 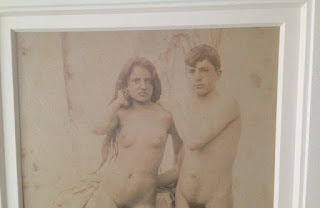 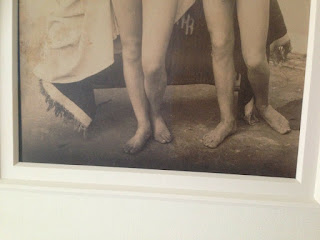 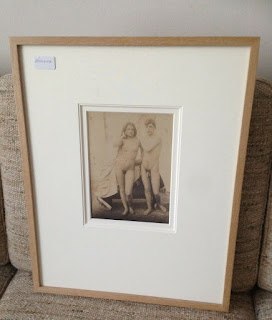 Posted by Passionate about the Academic Nude at 5:49 PM No comments: