If you are familiar with the American idiomatic expression "What goes around, comes around," then you can relate to this latest addition to my collection. About ten years ago I bought a bronze Jugendstil style relief by the German artist Adolf Schmid (1867-1944) of a young nude boy teasing a frog with a cat-tail. It was one of those delightful Art Nouveau works that was obviously manufactured by some German metal works for the home mass market of the early 1900's. You know the ones Oma kept on the wall which reminded her of the good old days after legally emigrating to America before that bumbling brain dead fool Biden and his Marxist traitors, who stole the 2020 election, decided to destroy America.  At the time of the auction there was another bronze relief by the same artist in the same size that I missed out on which was of two young nude boys in an Elysian Fields setting, one playing the flute for their mutual enjoyment. Just a couple of farthings more and I would have had the pair. Needless to say I parked the image of the missing relief I missed in the back of my memory and swore that one day I would find another, no matter how long it took. Well, last month I was haunting "Die heiligen Hallen von eBay Deutschland" when low and behold there before my astonished eyes was the missing relief, only it was in a silver patina instead of the original chocolate brown bronze. Well, who am I to argue with fate? When you start messing with the gods on high then expect to be hit by a lightening bolt quite quickly. So fearing a bolt of lightening from on high, I grabbed it and it is on its way into my collection.

As usual, there is scant information about Adolf Schmid on the web other than some information I found on an auction website which featured a previously sold example of the relief I bought, only in the bronze patina which I had pursued all these years. The following biographical information was gleaned from a listing at Auktionshaus Michael Zeller:

.... Professor Adolf Schmid (born June 15, 1867 in Stuttgart, died March 31, 1944 in Pforzheim), taught at the School of Applied Arts, Pforzheim in 1911. He made a name for himself as a sculptor of small objects, medalist and chaser. Schmid was called to design a medal for Prince Karl von Baden's 70th birthday in 1902. Franz Liszt and Johann Peter Hebel were also artistically portrayed in metal by him in 1904. The cities of Karlsruhe and Constance secured his services by minting medals for the bicentenary of the founding of Karlsruhe city in 1715 and the centenary of the unification of Constance with Baden in 1806. Adolf Schmid worked with the Pforzheim mints B. H. Mayer and Schmidhäussler. (Lit .: Dressler, artist lexicon, page 885)....

The Zeller Auction House listing included this sold example of Schmid's work, signed and dated 1903, which is exactly like the one I missed buying many years ago: 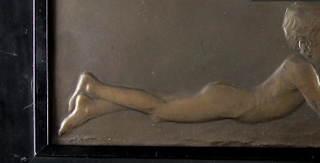 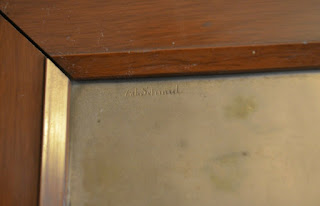 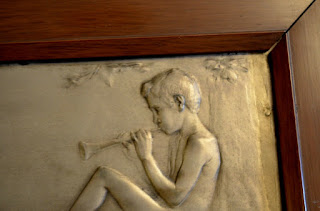 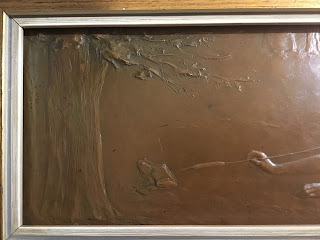 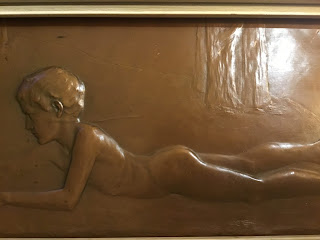 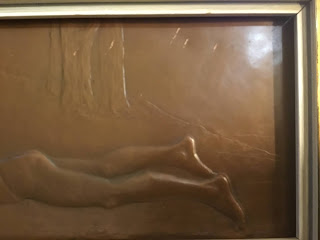 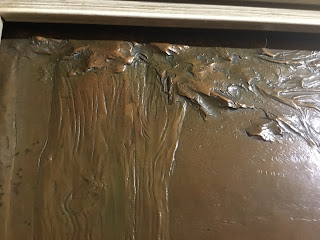 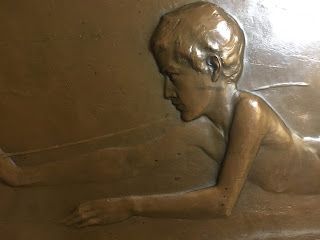 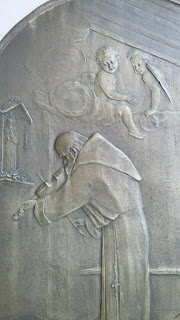 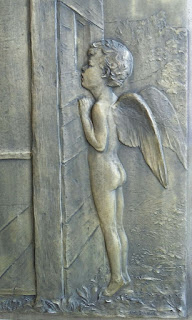 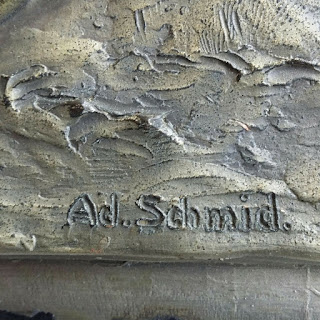 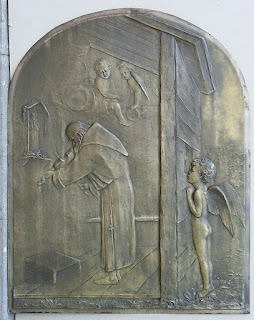 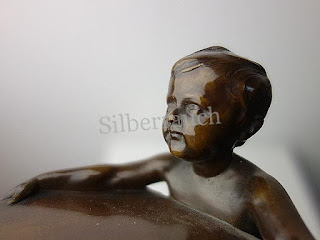 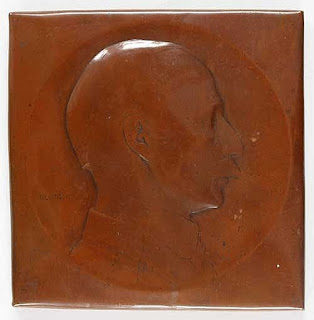 Posted by Passionate about the Academic Nude at 9:26 PM