Academian Fine Art, Monoco, has listed this beautiful female nude sculpture in their latest auction listing. Now what intrigued me about this sculpture was not only the subject, but more importantly, the material the artist used………Boxwood! Titled simply as .....“Stehender Akt" (Standing Nude). Those graceful lines of the female form immediately caught my eye and the material used kept it there! The auction description followed:

"Stehender Akt ---- Sculpture en bois de buis, signée E.Seger. Dimensions : h. 27,5 cm Stehender Akt, elegant sculpture in boxwood signed "E.Seger". Dimensions: h. 27.5 cm Ernst Seger was born as the third child of the lawyer and notary Albert Seger and his wife Cäcilie, née Rust in Neurode in the county of Glatz. He attended the sculpture class of the Royal School of Arts and Crafts in Breslau under Robert Härtel from 1884 and worked in the studio of Christian Behrens from 1886. From the late 1880s he received his first major commissions for monuments. After working in Auguste Rodin's studio in Paris in 1893 and 1894, he ran his own studio in Berlin. In 1895 he created an Emperor Wilhelm monument for Glatz. Around 1900 he became popular for his Art Nouveau sculptures, especially female nudes."

One of a kind and a starting price to match. 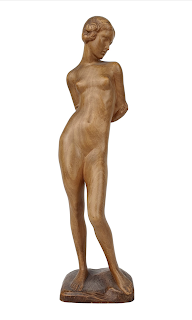 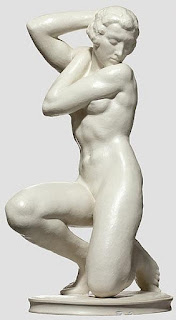 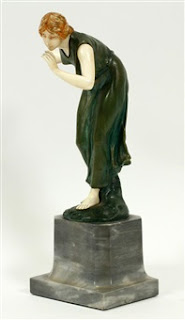 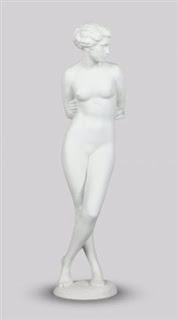 Posted by Passionate about the Academic Nude at 8:03 PM