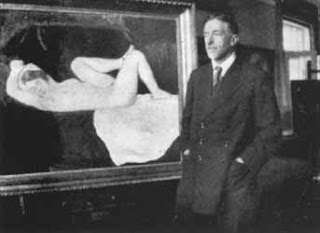 Caroly (Charles) Ferenczy (1862 - 1917) was born into a well-to-do middle class family. It was not before completing his law studies and graduating from the College of Economy that Frenczy took up painting, primarily influenced by his future wife Olga von Fialka. He travelled to Italy in 1885 and spent some time in Naples where he studied at the Accademia di Belle Arti. On a short visit to Munich in 1887 he met young Hungarian painters studying there, all of them influenced by Juks Bastien-Lepage. This association encouraged him to study in Paris (1887-1890) where he attended the Academie Julian. He was taught and influenced by Tony Robert-Fleury and Adolphe-William Bouguereau, but the greatest influence upon his art was Bastien-Lepage. After 1906 he moved to Budapest and became a professor at the School of Drawing in the predecessor of the College of Fine Arts. During his last creative period he mostly painting decorative works of nudes. 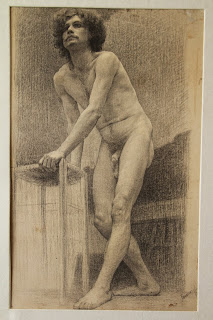 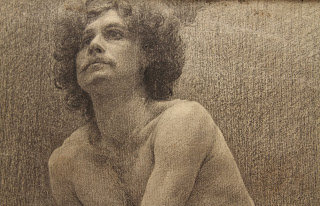 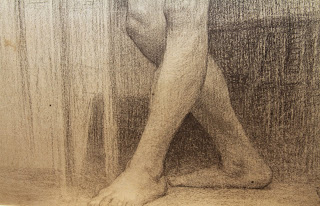 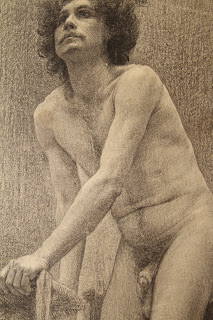 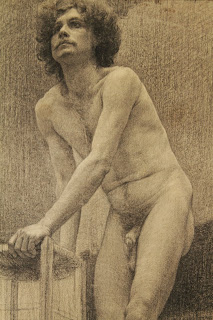 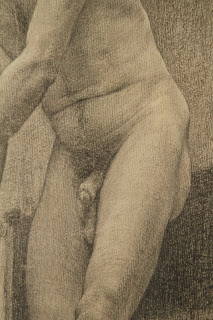 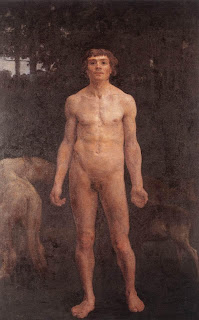 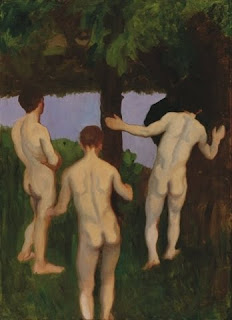 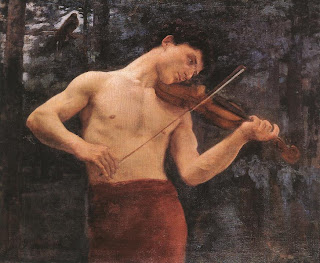 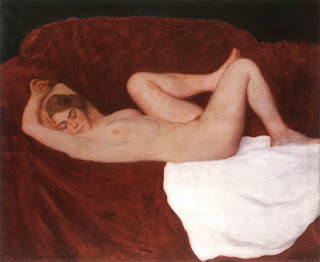 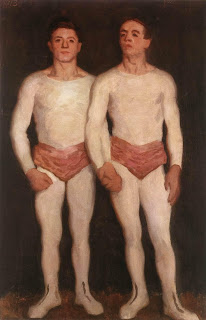 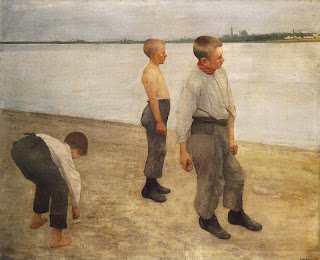 Boys Throwing Pebbles Into The River 1890 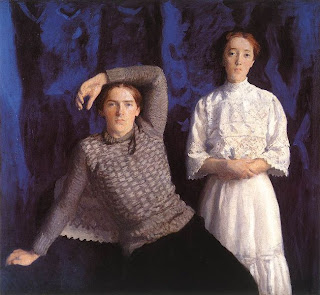 Double Portrait - Beni & Noemi 1908
Please continue to scroll down....how all this space got here is a mystery to me...