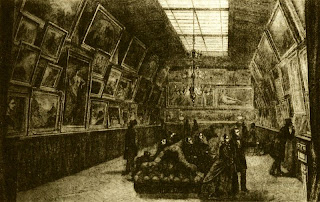 Gallerie Goupil, Paris ..circa 1860
-------------------------------------------------
Francesco Jacovacci was born in Rome in 1838. He trained under Alessandro Marini (1831 - 1874) who worked in the gallery of Duke Cesarini. Jacovacci later worked in the atelier of Allessandro Capalti. In Paris ,he was introduced to the famous 19th century Gallerie Goupil (Adolphe Goupil 1806 - 1893) for whom he provided easel paintings. His works were exhibited in the Art Exhibition of Rome along with the works of Barilla, Joris Biseo and other artists. In 1879 he published a series of articles about "Artistic Rome". In 1880 he presented his painting: Michaelangelo at the body of Victoria Colorno (Naples, Capodimonte Museum) at the Exhibition of Turin. In 1878, he participated in the important L'Exposition Universelle in Paris with his painting "Return from the Baptism". During the last decades of his life up until his death in 1908, he was director of the National Gallery of Modern Art which is located in the Palazzo delle Esposizioni. Jacovacci was a successful painter of historical and genre subjects. He was also an influential art critic and writer. He was awarded a knighthood for his achievements. 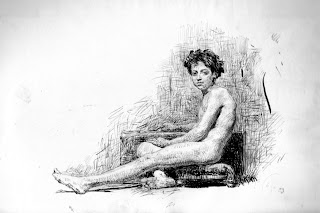 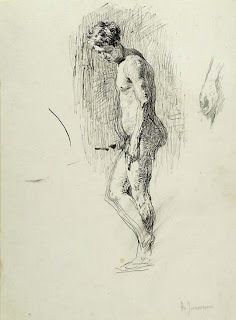 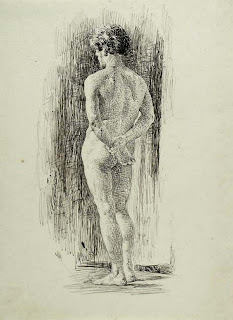 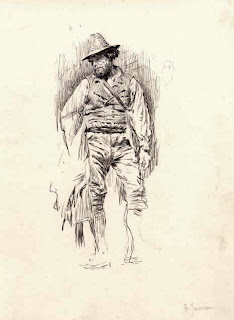 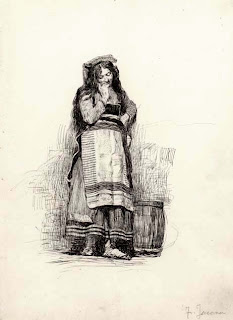 Female Peasant ... (Drawings above: Courtesy Mattia Jona..Master Drawings and Prints..La Portantina di Mattia Jona, Milan, Italy..If you are looking for original Old Master Prints and Drawings, I highly recommend Mattia Jona. He is knowledgeable and speaks fluent English. Visit his website when you have time. (www.mattiajona.com/) 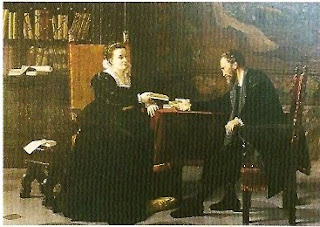 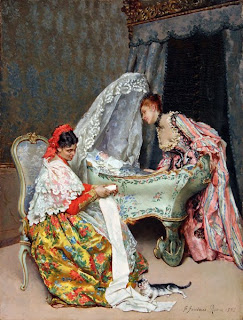 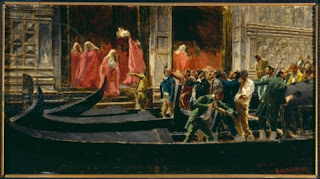 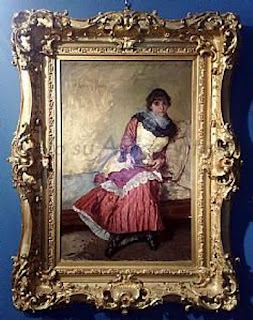 Birth of a Prince..

Posted by Passionate about the Academic Nude at 12:14 PM