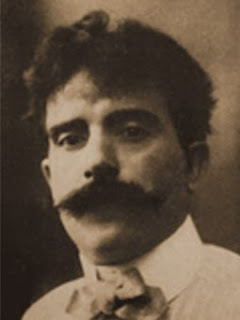 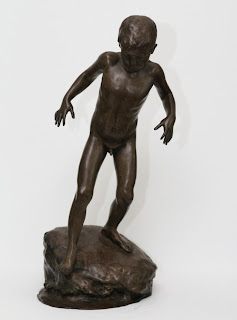 I thought I would go ahead and photograph the other two nude bronzes I have in my collection and post them before I wondered off into the woods around here and got lost. The first bronze is a Bathing Boy by Italian-American Artist, Vincenzo Alfano (1854-1918), and the second is a bronze of Young Saint John the Baptist by Belgian Artist, Valentine Bender (1884-1947). This project gives me a chance to use the 85mm f 1.8 Canon Portrait lens I received last week for my Canon EOS 7D. I was not really satisfied with some of the early photographs I took way back when I started the blog because that Zoom lens had a pin-cushion effect on straight lines. Annoyed the heck out of me so I ordered a portrait lens and a 50mm f 1.4 all purpose lens to my bevy of lenses for that camera. I am really pleased with that lens and will probably shelve that zoom lens. The Portrait Lens gives a shallow depth of field, causing a nice blurry background while keeping the subject nice and sharp.
-------------------------------------
Bathing Boy (1906) (Bronze, Lost Wax Casting)
-------------------------------------

Vincenzo (Vincent) Alfano (1854-1918) was a well-known Italian-American artist who produced many public works sculptures, including works for the Pennsylvania State Capitol building. Alfano was both painter and sculptor. He was a native of Naples, Italy, where he studied at the Academy of Naples under famous painters Domenico Morelli (1823-1901) and Giuseppi Palizzi (1812-1888). Alfano emigrated to America in 1898, attracted largely by commissions from the growing American Renaissance movement. Alfano took up residence in New York and taught at the New York Industrial Museum. He is considered one of the most interesting artists of the school of Italian realism. He abandoned classical forms in favor of more naturalistic and forceful depictions of intense emotions. He had both fierce enemies and strong supporters of his work in Italy. Alfano was very well received when he emigrated to America and attracted many commissions for his talents. In 1902 he was given a Pennsylvania Capitol commission wherein he created two monumental sculpture groups for the entrance ways inside the main vestibule in Harrisburg. The front of the exterior of the United States Customs House in New York features a giant cartouche depicting the shield of the United States, with a serene head of Columbia, sculpted by Alfano in 1903. He was named an honorary professor of the Royal Academy of Naples and was also named a professor of The Industrial Museum of New York.

This beautiful little bronze work came into my collection about five years ago from an estate in New York City. The subject matter is one that you see time and time again in artworks of the late 19th and early 20th century: a bathing boy. It was cast in New York by the famous Roman Bronze Works which cast bronzes from many, many of America's famous sculptors. We will explore this theme of "Bathing Boys" in later posts and take a closer look at the famous Roman Bronze Works in New York. Whether or not it was ever translated into a life-sized fountain sculpture I have not been able to verify. Water in a pond would have come up to the level just below the model's right foot. 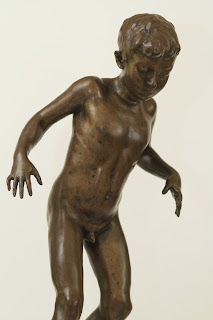 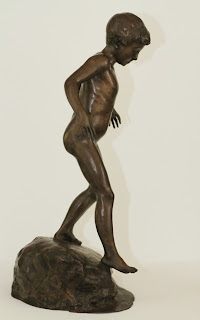 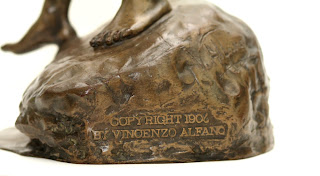 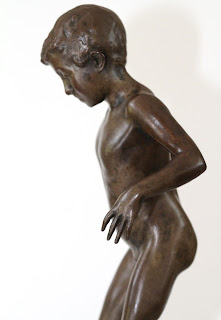 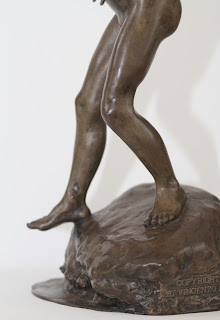 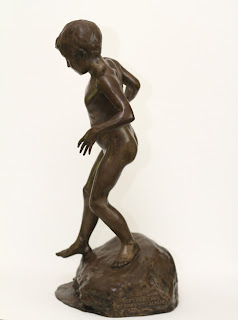 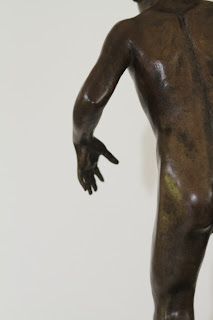 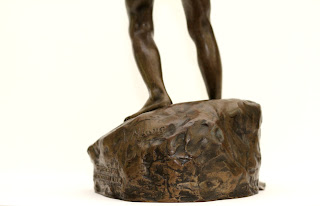 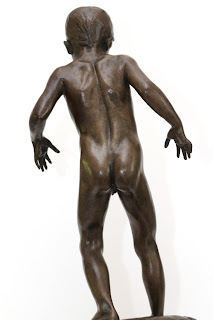 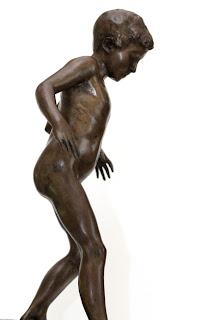 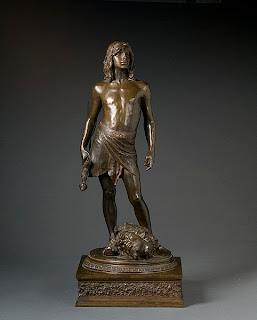 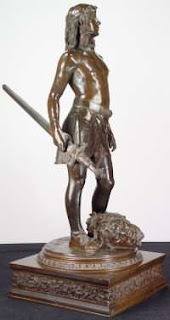 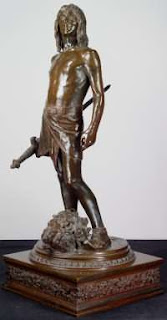