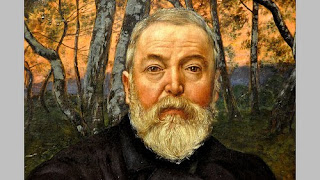 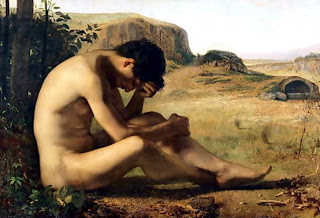 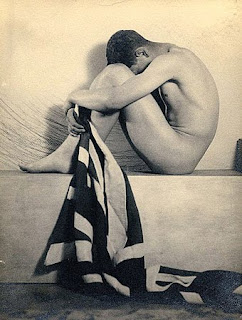 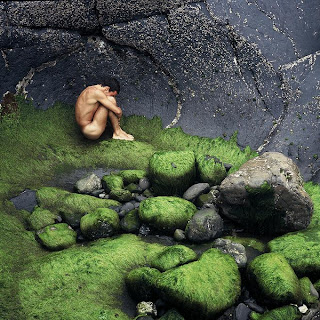 Artist: Juan Rivera
-------------------------------------------
Hans Thoma (October 2, 1839 - November 7, 1924) was a well known and well listed German painter and print maker. He started his life as a painter of clock faces. In 1859 he entered the Karlsruhe Academy where he studied under Johann Wilhelm Schirmer (1825-1903) (specialist in landscape painting) and Ludwig des Coudres (1820-1878). He left the Academy at the end of 1866 and moved to Dusseldorf. There he met Otto Scholderer and went to Paris in May 1868. In Paris he was influenced by Gustave Courbet (1831-1877). In spite of his studies under various contemporary masters, his art has little in common with modern ideas and is partly formed by his early impressions of the simple idyllic life of his native district, partly by his sympathy with the early German masters, particularly Altdorf and Cranach. In his love of detail in nature, in his precise drawing of outline, and in his preference for local color, he has distinct affinities with the Pre-Raphaelites. In 1890 he had his first successful exhibition at the Munich Kunstverein. He subsequently joined the Munich succession. In 1899 Thoma was made director of a gallery in Karlsruhe and was appointed professor at the art academy there. During his career he received many honors.
-----------------------------------------
Now that we can get back on track somewhat after the last post, I thought I would go back and give the Hans Thoma print Der Verlorene Sohn another look. There are several things going on in that one print which should be addressed. The most obvious is probably the parable itself. There are many artistic interpretations of the Biblical parable out there in every medium imaginable and Thoma's interpretation slides into another territory altogether. I previously mentioned in another post the concept of "appropriation" in Art History. It has and will always be a driving force in so many creative endeavors. Borrowing or using artistic styles and forms in Art History has been a long tradition. In its very essence "appropriation" can be seen as the way humans progress and learn. The first time I ever heard the concept discussed was as an assignment in a painting class. We had to choose a well known painting and "appropriate" that image and in turn "reinterpret" it, make it our own. Believe me, that was a learning experience I will never forget. It literally opened my eyes to the creative spirit in art. In the early twentieth century the most egregious "appropriator" had to be Pablo Picasso. He begged, borrowed, and stole massive amounts of other peoples ideas and did what we all as artist's should be doing, built on the past, reinterpreted it, and moved into territory no one had ever gone before. Let me again present the best definition of "appropriation" I have ever come across:

"To take possession of an other's imagery (or sounds) often without permission, reusing it in a context which differs from it original context, most often in order to examine issues concerning originality or to reveal meaning not previously seen in the original. This is far more aggressive than allusion or quotation, it is not the same as plagiarism, however."

Of course, there are legal issues involved and one is cautioned and well advised to always rely upon a legal expert for guidance when it comes to copyrighted images. Hans Thoma was obviously influenced by Hippolyte Flandrin's painting "Jeune Homme nu assis au bord de la mer, figure d'etude" executed between 1835 and 1836. (Illustrated above along with other interpretations of the parable)
----------------------------------------- 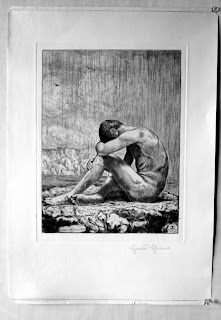 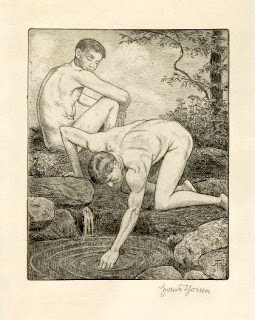 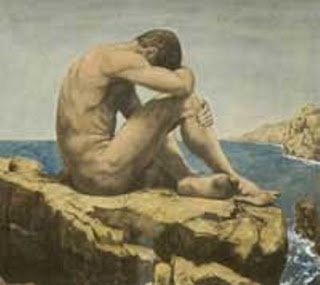 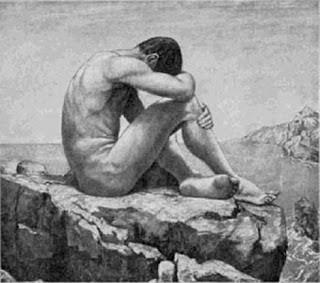 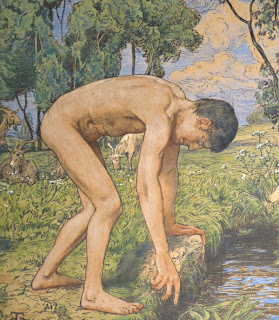 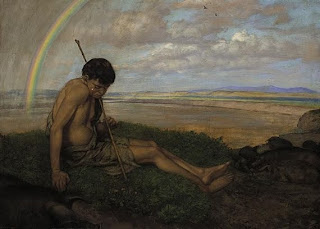 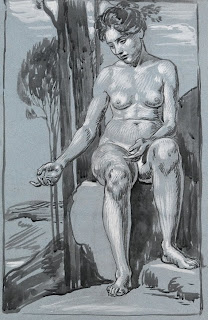 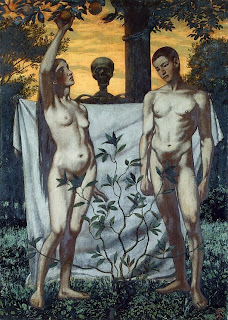 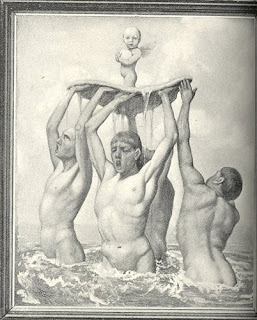 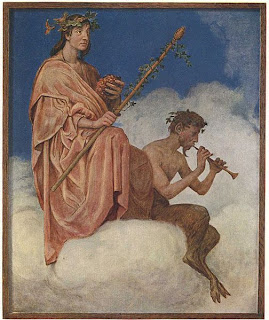 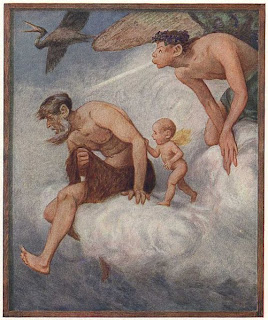 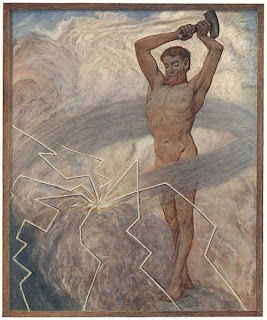 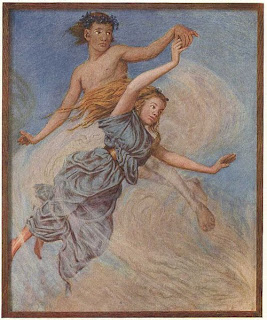 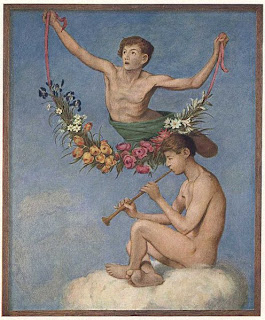 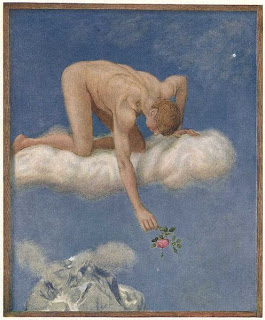 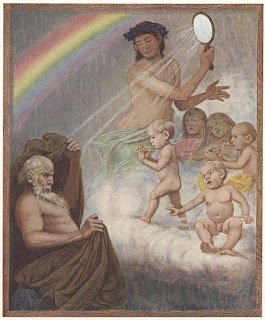 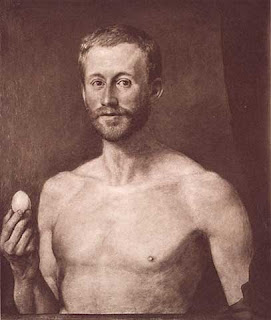 Posted by Passionate about the Academic Nude at 12:57 PM