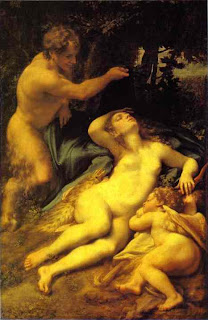 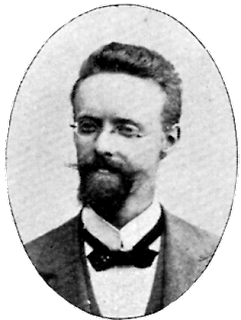 Portrait of Otto Strandman 1906
---------------------------
Otto Valdemar Strandman (1871 - 1970) was a famous Swedish sculptor and painter. He studied at the Arts and Crafts Society School in Gothenburg, the Royal Academy of Art (1891-1895), and in Germany, Italy, and Paris in 1899. He won the Royal Medal in 1895 and in 1907 he worked at the University of Technology in Stockholm. In 1915 he became a member of the Academy of Art. He was a very versatile artist, painting portraits, marine scenes, and sculpted portrait busts, including Queen Mother Josefina. He created many sculptural reliefs, including utilitarian objects. He excelled in painting, sculpture, drawing, and watercolor. He is represented in several museums, including the National Museum in Stockholm. This small bronze relief sculpture of a Bacchanal came from an antiques dealer in Stockholm. One of my favorite motif's is the Bacchanal.
---------------------------------------------
This little bronze relief brings us to something near and dear to my heart (and many other artists including Picasso), and that is "Appropriation." It plays a major role in my own creativity. Below I have listed an illustration of a large scale, slightly erotic, somewhat humorous painting that I am presently working on titled "Love Finds Cupid." Sometimes I let my sense of humor run wild and this is an illustration of what that flight of fancy produces. This is really a tongue-in-cheek spoof of Correggio's famous 1528 painting "Venus and Cupid with Satyr" and needless to say all those depictions out there of the motif "Sleeping Cupid." I am sure most of you know what "Appropriation" in artistic terms is but for those who do not let me offer this brief definition:
"To take possession of an other's imagery (or sounds), often without permission, reusing it in a context which differs from its original context, most often in order to examine issues concerning originality or to reveal meaning not previously seen in the original. This technique is far more aggressive than allusion or quotation, it is not the same as plagiarism, however."

This painting I am working on (below) is actually an amalgam of quite a few appropriated images and I hope a good example of appropriation: (1) Correggio's Venus, Cupid and Satyr (above), (2) the sculpture 'Boy Herm' from Pompeii, (3) Emile Edmond Peynot's 1884 sculpture Pro Patria, (4) Otto Strandman's bronze relief: Backustag (below), and (5), an obscure architectural form called 'gemitosayiro'.
In my next posting I will go back to a prior listing and take another look at the artist Hans Thoma and his print Der Verlorene Sohn (The Prodigal Son) and the whole idea of "Appropriation."
------------------------------------------- 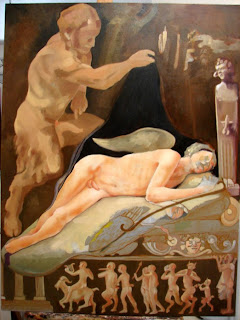 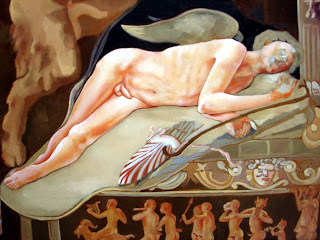 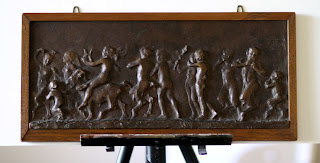 (False highlights to enhance the figures) 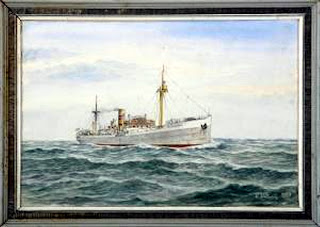 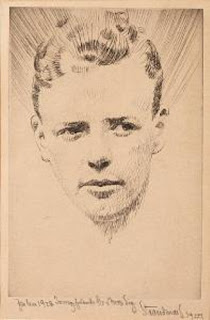 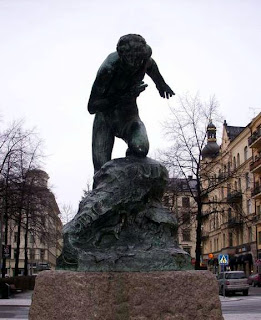 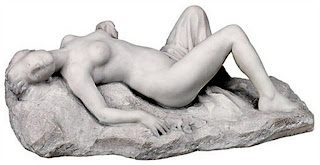 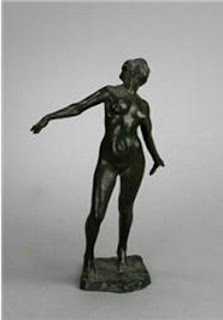 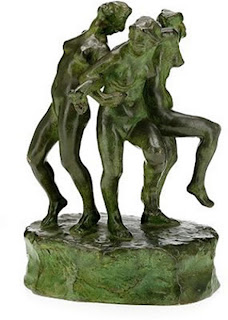 Posted by Passionate about the Academic Nude at 3:11 PM