Hendrick Gerrit Bokhorst (1894 - 1972) was a Dutch artist who came from a family of artistic individuals (father and brother). Bokhorst was born in Deventer in 1895. I have scant biographic information on his early training but he is listed as a decorative painter, glazier, and landscape painter. He possessed great talent and had a fine sense of mood and expression in his landscapes. Today, his work is rare and much sought after by collectors of painters of the Deventer School.

These several drawings and a number of others which I sold later were discovered in a small shop in an Amsterdam Flea Market several years ago. I had taken a biking-barge tour of central Holland and was spending a weekend in Amsterdam before departing for Paris the following week. They are beautifully executed studies of the male youth. (The slight discoloration on the drawings is just a shadow from the window light in which they were photographed.).
---------------------------------------- 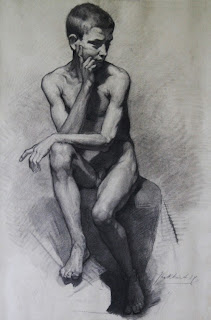 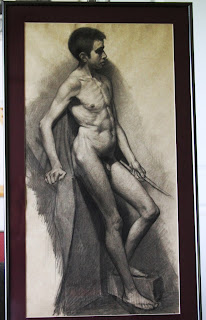 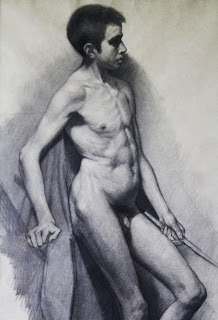 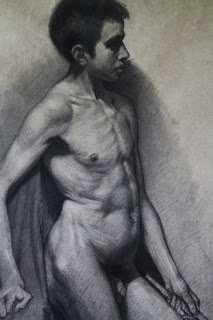 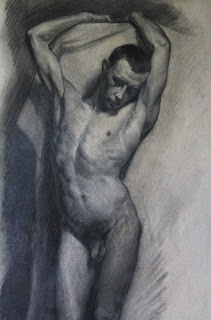 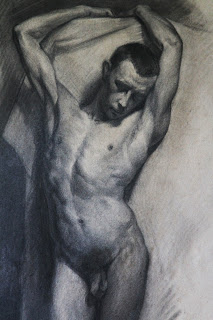 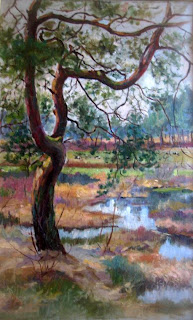 Posted by Passionate about the Academic Nude at 7:27 PM